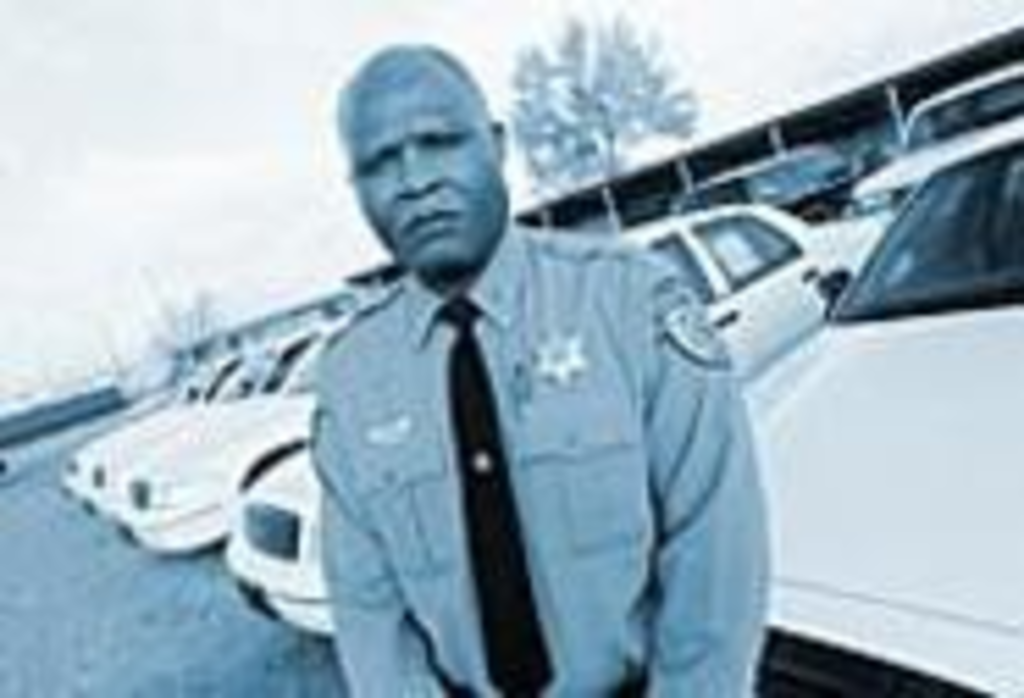 Cliff Wicks, the mechanic at the Wyandotte County parking garage on State Avenue, doesn’t ask about the eight new cars that rolled into the lot four months ago. All he knows is that they haven’t moved since.

Although the Unified Government of Wyandotte County/Kansas City, Kansas, purchased the eight Ford Crown Victorias specifically for the Sheriff’s Department of Wyandotte County in June (with an initial payment of $74,000 and another of $64,000 due in a few months), the cars serve as little more than shiny targets for birds flying over the parking lot. The sheriff and his deputies aren’t allowed to drive them. Instead, half of the force keeps rattling along in old Fords and Chevys, some with blown air conditioner compressors and shaky rear ends — and more than 100,000 or 200,000 miles on them.

And Corporal Rick Whitby, the sheriff’s department fleet manager, is growing impatient. Sheriff’s deputies often transport prisoners hundreds of miles through isolated areas, and if one of the old clunkers breaks down it could endanger the officer, the inmate, and the public, he says. Whitby, who doesn’t have even one spare vehicle, admits that any car can break down, but when a cruiser sets out with more than 200,000 miles on it, the odds are against a safe trip.

“We asked the Unified Government for cars, got the cars, made a payment on the cars, and now we need the cars,” says Sheriff Leroy Green.

Green says County Administrator Dennis Hays told him that his department won’t be able to use the cars until Green solves his staffing problem in the Wyandotte County jail. The sheriff’s department oversees jail operations; when it’s fully staffed the jail employs 91 people, but it currently has 40 openings. Green blames the jail’s personnel shortage on low pay (deputies start out making $1,875 a month, compared with $2,024 in Douglas County, Kansas, and $2,587 in Johnson County, Kansas) and the failure of the Unified Government to actively promote the openings.

Hays told him to put his deputies to work in the jail, Green says. But if Green takes his deputies off the streets, he won’t have enough officers to process warrants, serve restraining orders, deliver eviction notices, and transport prisoners between jail and court.

“I can’t tell courts, attorneys, judges, and the court process to wait,” he says. “Those are state statutes that we are required to do.” If even one restraining order isn’t served on time and someone who would have been protected got hurt, the sheriff’s department would be liable, he says.

“This is a complex issue with many variables,” Hays told Pitch Weekly, then referred all questions to Don Denney, the Unified Government’s media and public relations specialist. Hays doesn’t want to put the sheriff’s department in a position where it can’t perform its duties, Denney says; the county administrator has held up the cars only because he’s waiting on a staffing plan from Green. Hays needs a staffing plan from the sheriff’s department, Denney says, “to get the best bang out of every dollar in our budget.”

But Green, who says he’s given Hays his staffing and manpower needs several times, isn’t getting much economy out of cars he’s paid for but isn’t allowed to drive — and he’s getting plenty of bang out of the old ones. Just a few weeks ago, the sheriff’s department paid $5,600 for a new engine in one of the vehicles that long ago exceeded 100,000 miles.

Green has no intention of taking his deputies off the street to solve a personnel problem he says the Unified Government has failed to properly address. The government raised deputies’ salaries from $1,764 to $1,875 per month in July but hasn’t even advertised the jobs in law-enforcement magazines. Denney says the Unified Government has advertised for deputies in local papers and on its Web site, but the position of county corrections officer is not a glamorous one.

If Green’s deputies really want to do their jobs by the book, a trip to the county garage to issue citations would be in order. Although Kansas law requires all vehicle owners to register their vehicles within 30 days of purchase, the eight new cars remain untagged.