Crows Coffee opens on East 51st Street in May 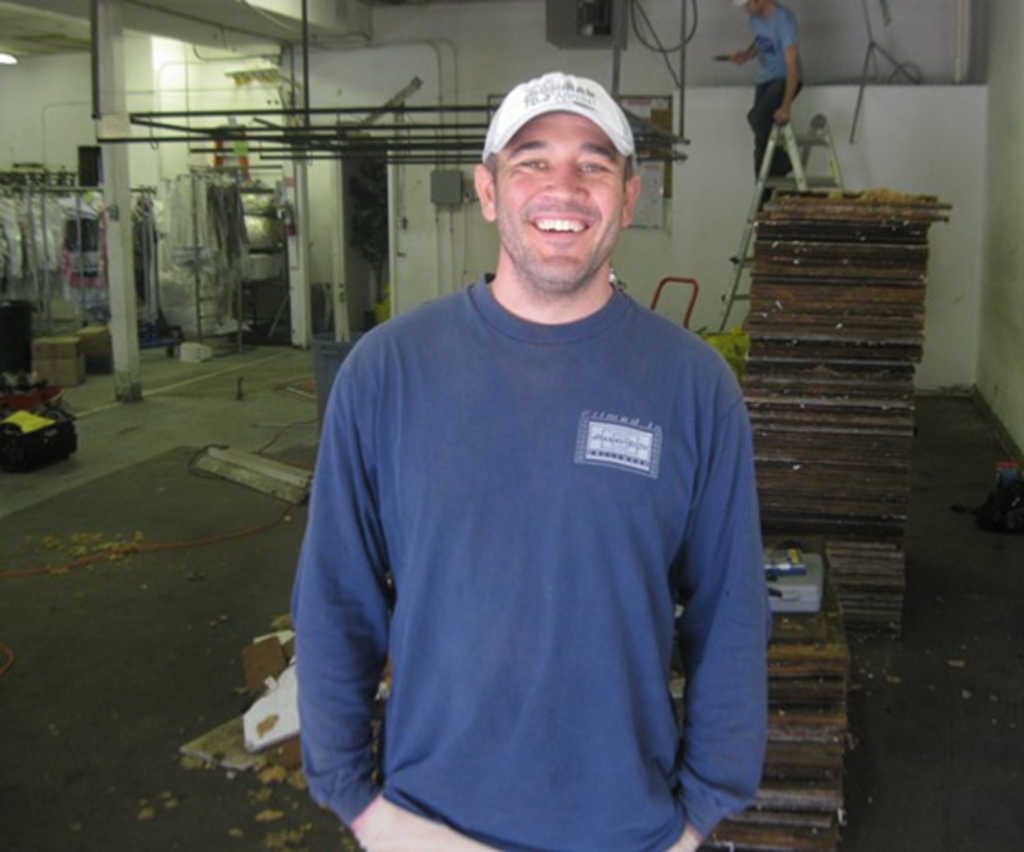 There hasn’t been a coffeehouse in the 90-year-old shopping strip on 51st Street, between Oak and Brookside Boulevard, since the 17-year-old Muddy’s closed in 2011.  Kin Lin Chinese restaurant eventually expanded into the former Muddy’s location. But a local entrepreneur, 38-year-old Zach Moores, is returning a coffee venue to the neighborhood.

Moores, a former insurance claim adjuster – and the son of actress Merle Moores – has leased half of the space of the Pride Dry Cleaner space at 300 East 51st Street and plans to open a 40-seat coffeehouse called Crows Coffee in May; Moores is working with architect Eddie Tapper to completely gut and rehab the venue into a sunny storefront with polished concrete floors, exposed brick walls and the original beamed ceilings.

Moores believes that this row of neighborhood shops – originally developed by the J.C. Nichols Co. in the 1920s – needs a coffeehouse. “When these shops opened in the 1920s,” Moores says, “there was a place called the Country Club Coffee House. I almost went with that name, but I really like Crows Coffee.”

The inspiration for the name he chose, Moores says, comes from a record-and-book shop in California, Boo Boo Records, which has a rooster as its logo.

“I want an identifiable brand for my venue,” Moores says. “So we’ll have a big crow, a logo that looks great on a sign and T-shirts.”

The business is also a tribute to his late father, local businessman William Moores, who briefly operated a coffeehouse in Waldo before his death in 2003.

A graduate of Pittsburg State University, Zach Moores studied communications and broadcasting: “But what I really majored in was rugby.”

Moores plans to serve locally roasted Benetti’s Coffee and serve pastries from a local baker. After its official opening later this spring, Crows Coffee will be open seven days a week, from 6 a.m. to 10 p.m.