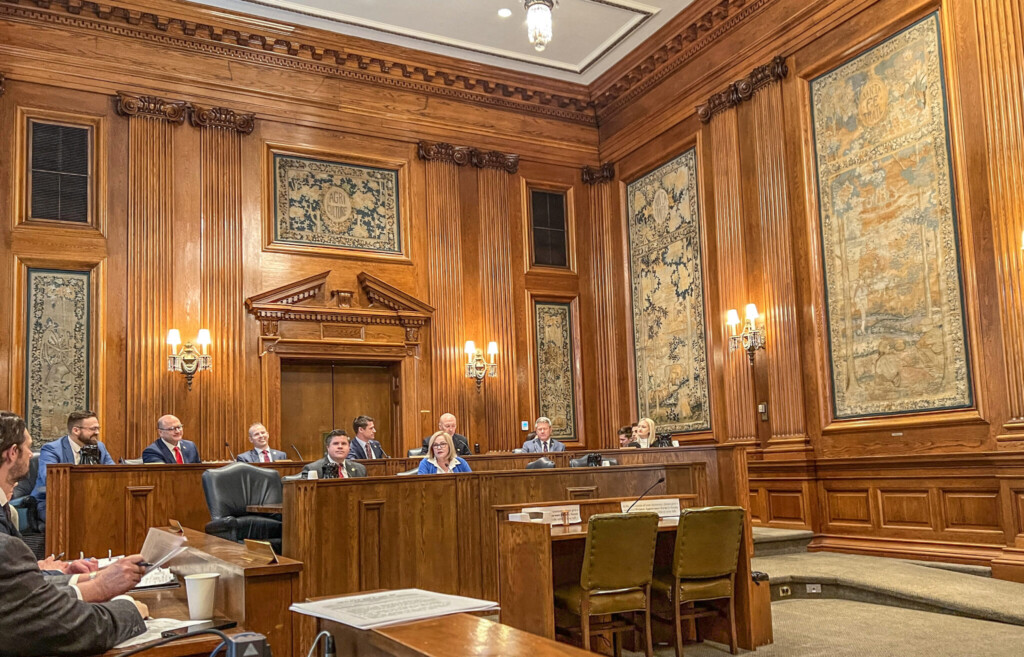 Lawmakers debated critical race theory for two hours Wednesday, as the Senate Education and Workforce Development Committee heard public testimony on a pair of bills that both seek to create a so-called “Parents Bill of Rights.”

The two bills would establish a statewide transparency portal for public schools and enshrine parental rights, like a right to view teaching documents and their child’s records.

Legislation proposed by Sen. Ben Brown, R-Washington, would give parents the option of opting their child out of lessons or material they believe is  “inappropriate for whatever reason.”

The bill sponsored by the committee’s chair, Republican Sen. Andrew Koenig of Manchester, contains similar provisions but also restricts critical race theory – which Koenig did not define but instead provided examples of, like “individuals of any race, ethnicity, color, or national origin are inherently superior or inferior.”

A majority of the committee’s members have proposed similar legislation, boosting the likelihood the committee might approve a bill addressing these topics.

He called into question a 2021 Missouri Department of Elementary and Secondary Education survey of over 400 school districts in which only one district reported it taught critical race theory.

“At least one school district was honest,” he said.

Critical race theory, according to a Columbia News article, is a study of how racism has affected United States society and law.

Sen. Greg Razer, D-Kansas City, gave an example of how he sees racism impact Kansas Citians today. He mentioned the historical practice of redlining in Kansas City, a history he said has corresponded to a 15-year difference in life expectancy today of residents on either side of Troost Avenue.

Republican Sen. Rick Brattin of Harrisonville, vice chair of the education committee, said the United States was “founded on equality.”

“People like me were considered to be 3/5 of a person,” she said.

She spoke about racism she has encountered through her life and her daughter’s, but noted that diversity, equity and inclusion education — sometimes mislabeled critical race theory — has helped her daughter have a better school environment.

She’s worried what Koenig’s bill would do to minorities.

“My daughter should be able to articulate her experience without her teacher fearing, ‘Wait a minute, someone might get offended by that,’” Fleming said.

Proponents of the legislation, like students representing an organization titled “No Left Turn in Legislation,” said schools were secretly teaching things they didn’t approve of. They liked the idea of having access to curriculum documents but also banning content they disagreed with.

Joining them in support of the bill on Wednesday was Secretary of State Jay Ashcroft.

“Creating transparency for parents who know what’s going on is how we make decisions that work best for their children, and frankly, teachers should teach how to read how to write, teach mathematics and not be pushing other things,” Achcroft said.

The committee adjourned without taking a vote after public testimony concluded.