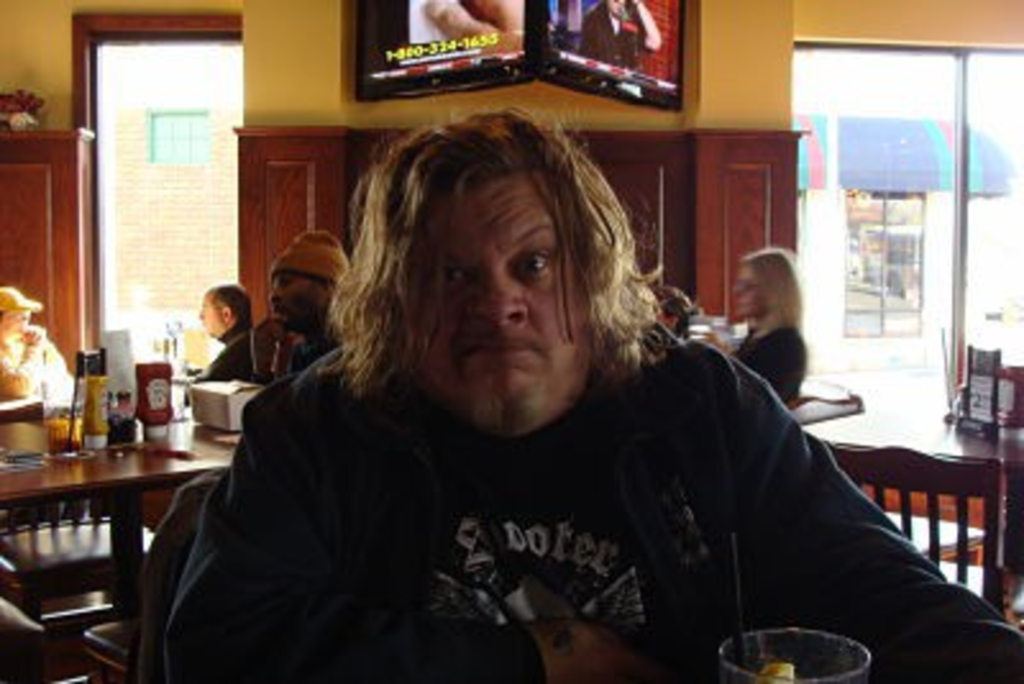 The four tattoos on Gregg Todt’s left knuckles read: “1977” – a tribute to the year he started his first band in his hometown of Blue Springs, MO. Rockin’ ever since, I caught up with the Federation of Horsepower frontman and 98.9 The Rock’s Johnny Dare Morning Show contributor in Waldo to talk about radio, drinking with famous people and kids.

The Pitch: What do you listen to in your car when you’re driving to work at 5 a.m.?

Gregg Todt: My iPod. Pretty much exclusively, my iPod. I don’t listen to much radio at all. I listen to it every morning at work.

How do you feel about radio in Kansas City?

There is a lot of good competition in town. There’s a little bit of something for everybody. At Entercom, we’ve got a lot of strong stations.

Of all the musicians you’ve met recently, whose spirit has stuck with you the most?

I got really, really drunk with Nashville Pussy. That was awesome. While I was watching Nashville Pussy, I was standing next to Lemmy from Motorhead. That same night, I got to meet Reverend Horton Heat, that was cool. I have yet to meet anyone, as far as bands go, that had been a dick. Everyone’s been pretty cool. I mean, there’s bands that I wouldn’t necessarily say that I am a huge fan of, but that I liked solely for the fact that they are good people.

What’s going on with Federation of Horsepower now?

We are getting ready to go record some new songs soon. We’ve got nine finished and we’ve got another three or four that we are working on now. We are planning on playing a lot of shows and getting out of town as much as possible. We played Davey’s awhile back and that was probably the first show we played recently in Midtown and that was in April of last year.

What inspires you on a local level?

There’s a lot of really, really good bands around town that constantly raise the bar. I love being in the position where we can pick our own opening bands or pick bands we want to be on the bill with. Anymore, that’s how we get to see the bands that we like because everyone is so busy all the time. I don’t get out to nearly as many shows as I like because of having to be at the radio station at 5 a.m.

You are a family man. Do you go to a lot of school functions?

Does your son think you are cool?

My seven-year-old is way into Bad Religion right now. He’s an aspiring punk rocker. He likes the tattoos and stuff. He’s a cool kid. He wants to learn how to play guitar. He’s actually gotten onstage with us a few times and sang. He does a pretty mean version of the Spider-Man theme.

Tomorrow night in northwest JoCo, catch Federation of Horsepower with the Architects and the Mendoza Lie at Aftershock (5240 Merriam Drive, 913-384-5646).