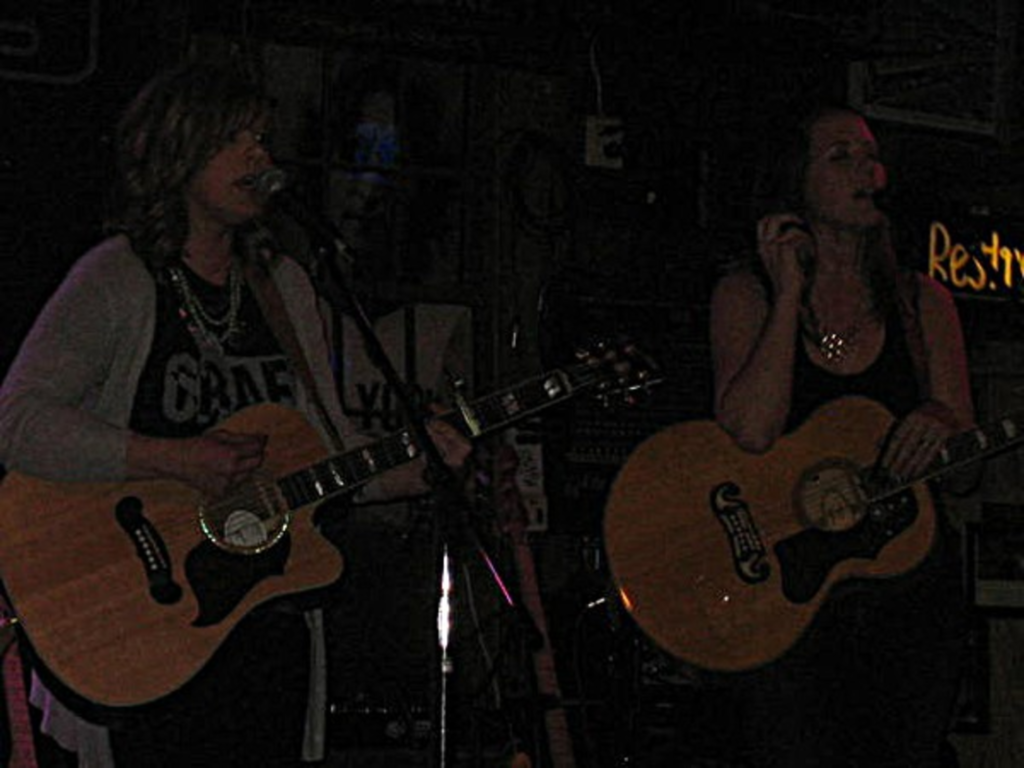 For some singer-songwriters, it would be paralyzing to learn they’d been moved from the cozy Gospel Lounge to Knuckleheads’ main room, full of still-benevolent fans actually there for Austin country rockers Micky and the Motorcars. (It’s not quite Blues Brothers at the roadhouse, but it could feel like it.) But for veteran Texas songwriters (and best friends) Courtney Patton and Jamie Wilson, it was clearly just the regular deal – an opportunity and a welcome night out.

“We just drove ten hours from Dallas,” said a resilient Patton, after the first song.“I’ve been with kids who’ve been out of school for four days because it was ‘icy,’” she continued, grinning and adding air quotes. “Thank God for alcohol.”

“Hey,” Wilson added, as the February crowd applauded sympathetically, “Don’t clap too loud, because there’s a six-month-old baby sleeping on the other side of that wall,” and as the crowd laughed, she added, “You know what? Go ahead – he needs to get used to it.” (Her son, the button-cute and busy star of the merch table later, was as unfazed by the crowd as his mom. Realistically, if he keeps touring with her, he will certainly get used to it.)

Patton and Wilson both draw on the traditions of country, but they take their songs and stories into places not generally associated with country radio (or the stereotypes of parenthood, for that matter). After “Twisted,” a wrathful tune that opens with the stinging lyrics Covered in gas/light a match/and throw it on me as you walk on past, Patton and Wilson traded both dark and hopeful songs from the full, well-traveled and battered trunk of their combined careers.

Wilson, whose voice is a bit more raw and intense, is an integral part of the Trishas, a trio of Texas songwriters whose music has given her a place to hone both her craft and her harmonies. Patton, whose long-standing solo career eventually intersected with now-husband Jason Eady, has a long list of songwriting credits. Together, this pair has written with just about everybody in Texas, including Eady. 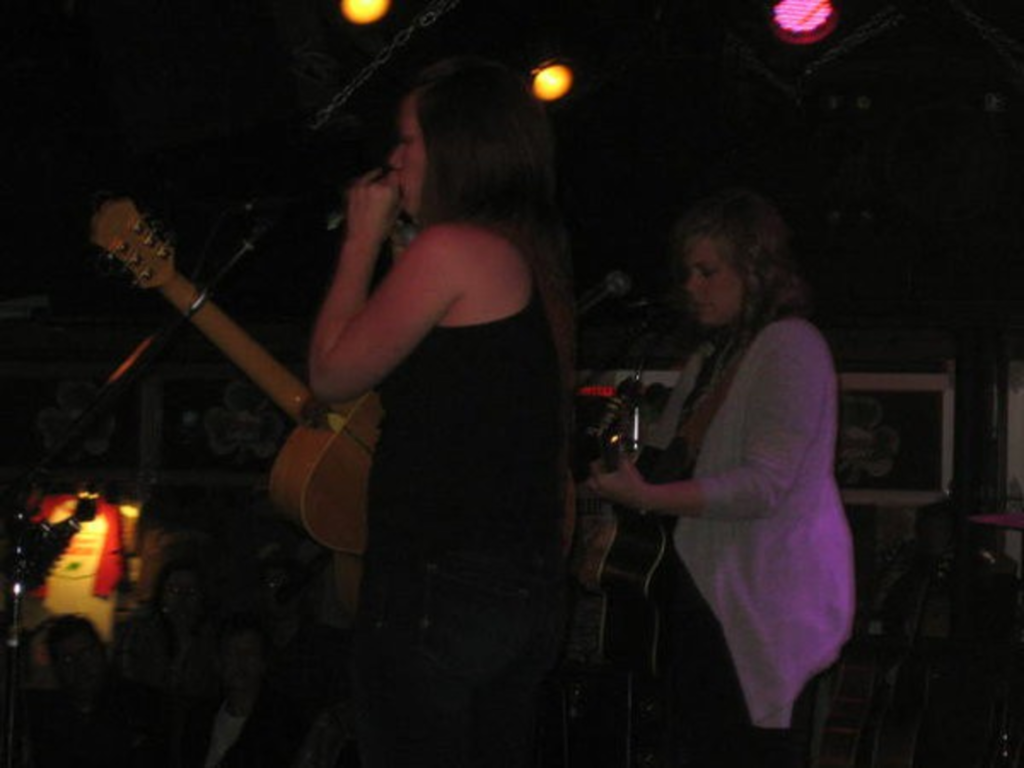 While listening closely was a little tricky in the full and boisterous room, Patton and Wilson sang stories worth hanging onto, and from every possible edge of relationships. Wilson’s deeply sorrowful “Strangers,” which she introduced as something “we wrote when we were middle-aged men in an unhappy marriage,” came from the bottom of the well of sorrow, with a man telling his lover that his wife “looks like you but twice as sad.” Patton, on the other hand, claimed a new song was the sweet one she’d finally written, sung from the perspective of one spouse on tour worrying about the other spouse on tour (which may have been autobiographical). Lines like “If needing you was grass, it would be wildly overgrown” almost balanced out the heartache.

As those heartbreaks began to pile up, Patton explained that their next show was going to be at a Presbyterian church in Sedalia. “They said we can sing about whiskey and infidelity,” she said, laughing again, “but not that we enjoy it.”

The duo, who frequently perform with the Southern Gospel Revival in Texas, closed with the Sunday morning rouser “Welcome Table,” and it was clear that they’ll be welcome anywhere, up to and including heaven. The best part is, they’re willing to leave their audience feeling the same way. 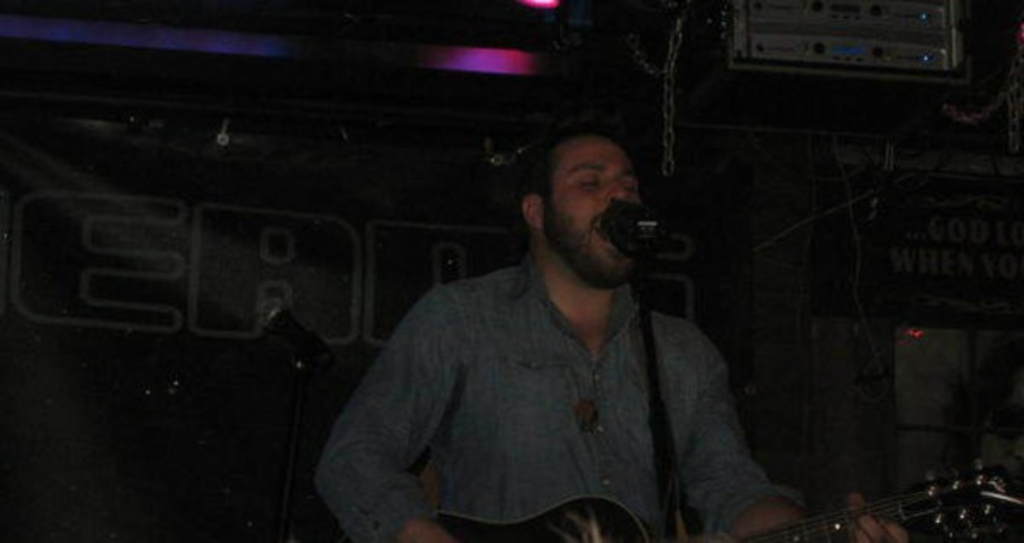 Leftovers: Singer/songwriter John Goolsby, from St. Joseph, weathered the 40-foot venue change just as well as the Texans. Diving into “(I Was Lost and) Texas Found Me” helped, but before that, Goolsby wrapped his big ol’ voice around “Sittin’ on the Dock of the Bay,” a courageous choice that didn’t exactly silence the crowd, but definitely pulled them in.

Setlist: There wasn’t a working setlist on the stage, so please make your corrections in the comments.