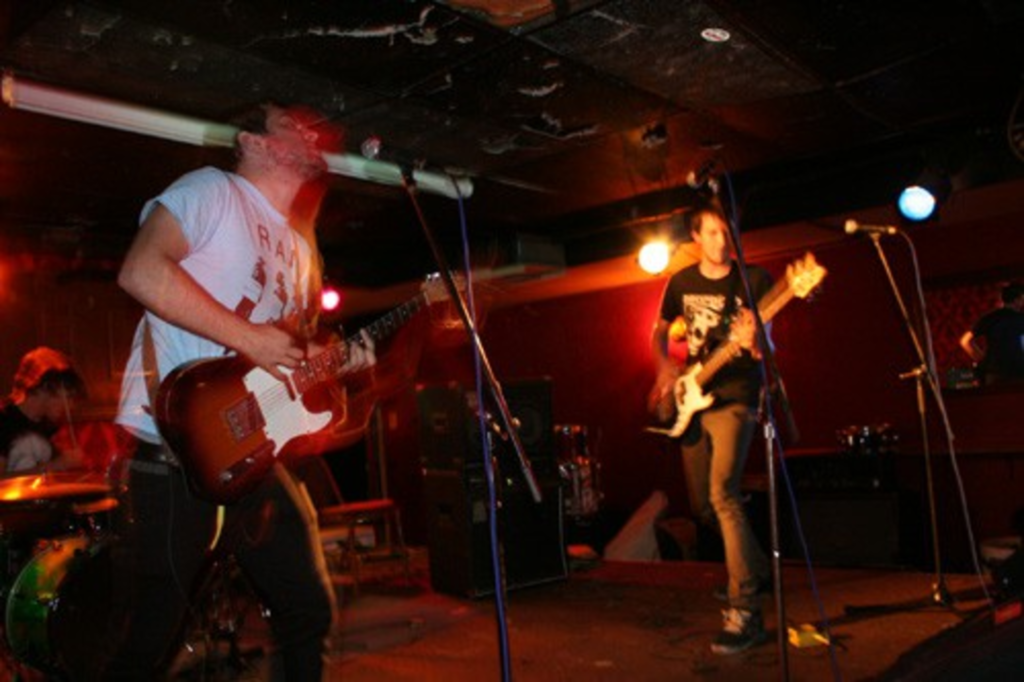 Monday night was one of those last-minute things, where I was pretty much of the opinion that “fuck it, it’s not like I have to work tomorrow, and the lawn’s mowed — I’m goin’ to a punk show.” I hopped on the bike and headed downtown to the Jackpot.

The show was supposed to started at 7 p.m., but I guess that was the door time, because Sucked Dry didn’t go on until 8. Still, once they got started with their Prank Records style of hardcore, everything was kosher. Starting a trend that would continue throughout the evening, Sucked Dry played short songs. There was massive amounts of feedback between tunes, but that was fixed with a guitar cable replacement mid-set. The metallic, industrial clang that was the backdrop to all their songs continued unabated, leaving the band’s brutal sound unsullied. 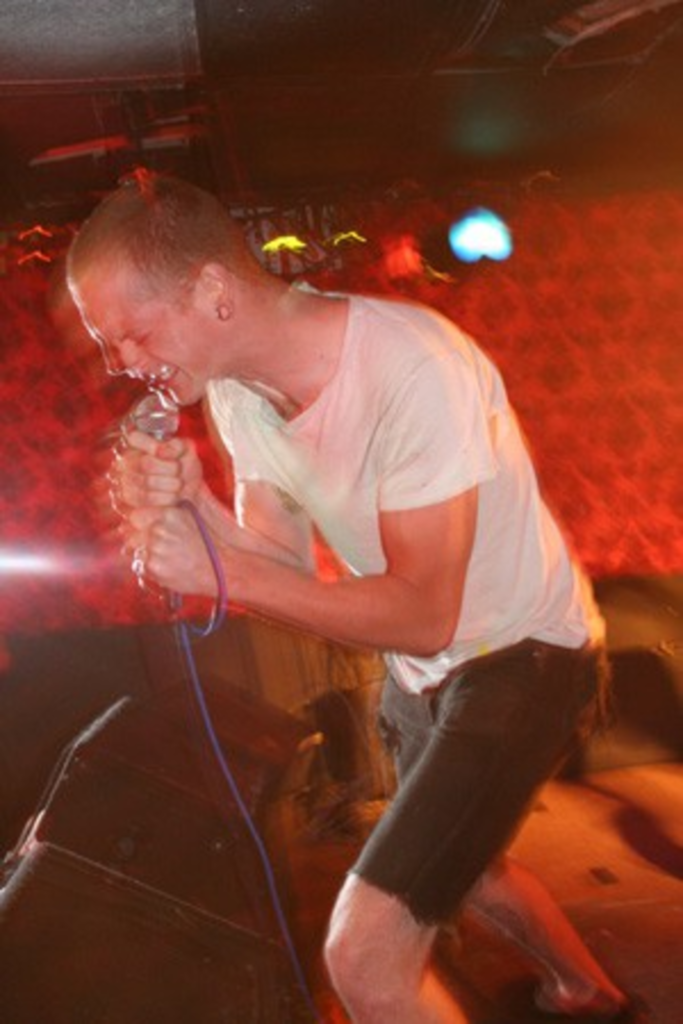 Total Wreck, from Charlottesville, VA, was up second. Their fast, machine-gun drumming and guitar-riff-powered sound was fast fast fast. They played a cover (I’m uncertain as to its origin), and that’s the point at which the audience went as crazy as the band’s lead singer, as if this cover song had given the audience, unfamiliar with this out-of-town band, something to latch onto. Total Wreck’s drum-powered sound went over well. They were the band to really get the show kicked into high gear and get the kids (few as there were) moving.