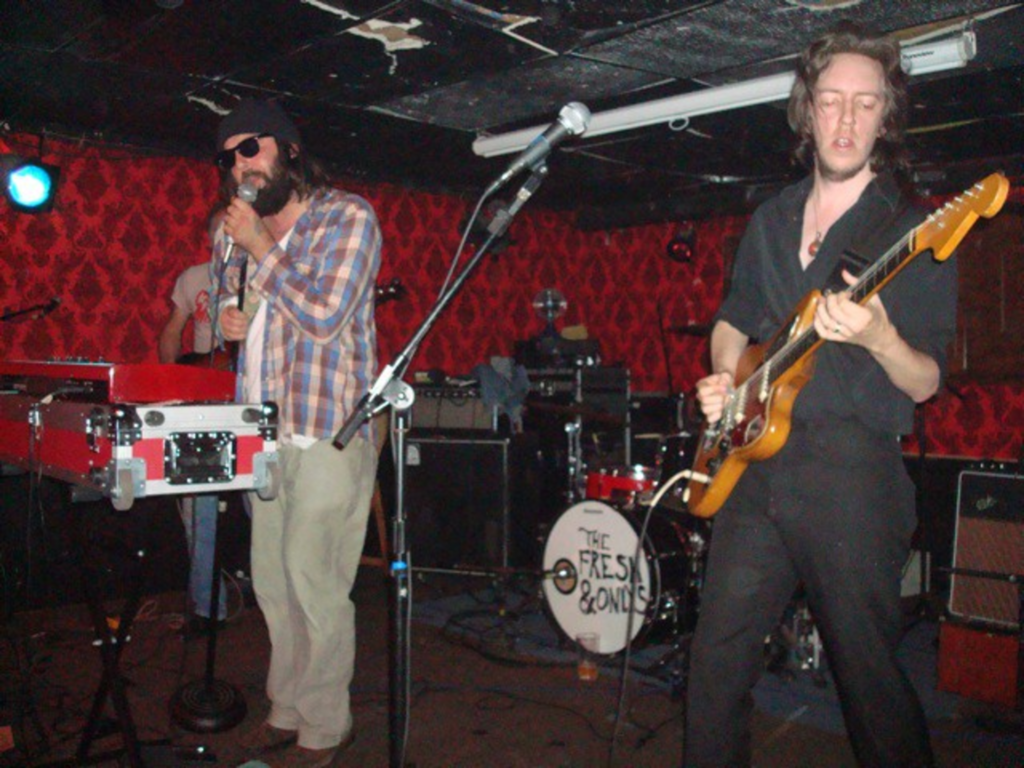 Before walking into the Jackpot last night, I passed a guy with a big beard, a skullcap, a flannel shirt open over a dirty white t-shirt and a broken arm, and I tensed up because I thought the guy was gonna ask me for a dollar or a cigarette harass me when I refused. When the Fresh & Onlys took the stage later, I realized that this guy is the lead singer. And I have a revelation: This neo-garage rock thing that has become THEE “it” genre is the new grunge.

Not that I’m saying that with any derision, because honestly, a lot of these bands are excellent. It’s just very obvious that indie-rock came to a road block and brought itself back to ground level, to the base elements of short, catchy tunes filtered through layers of distortion.

Despite all of this, these bands are all pretty damn eclectic. Both The Fresh & Onlys and Thee Oh Sees are from San Francisco and both have incorporated a bit of the psychedelic pop made famous by their home city. There’s something woozy about their tunes that’s different from bands in the other garage-pop revival scene in Memphis.

Local dudes Bandit Teeth started off the night with yes, some noisy indie-rock. The majority of the set was made up of new songs, and for the first time these guys sounded like a real unit rather than a sum of their parts. They still switch instruments a few times during the set and trade off vocals. Brad Shanks has toned down the trademark squealing howl he utilized in Blood on the Wall, which never quite seemed to fit with Bandit Teeth, but that’s just one improvement. The new songs sounded raw and totally fucking alive, as opposed to the toiled-over quality of the stuff I’d seen them play previous shows. The night was off to a good start.