Concert Review: the Bouncing Souls at the Riot Room 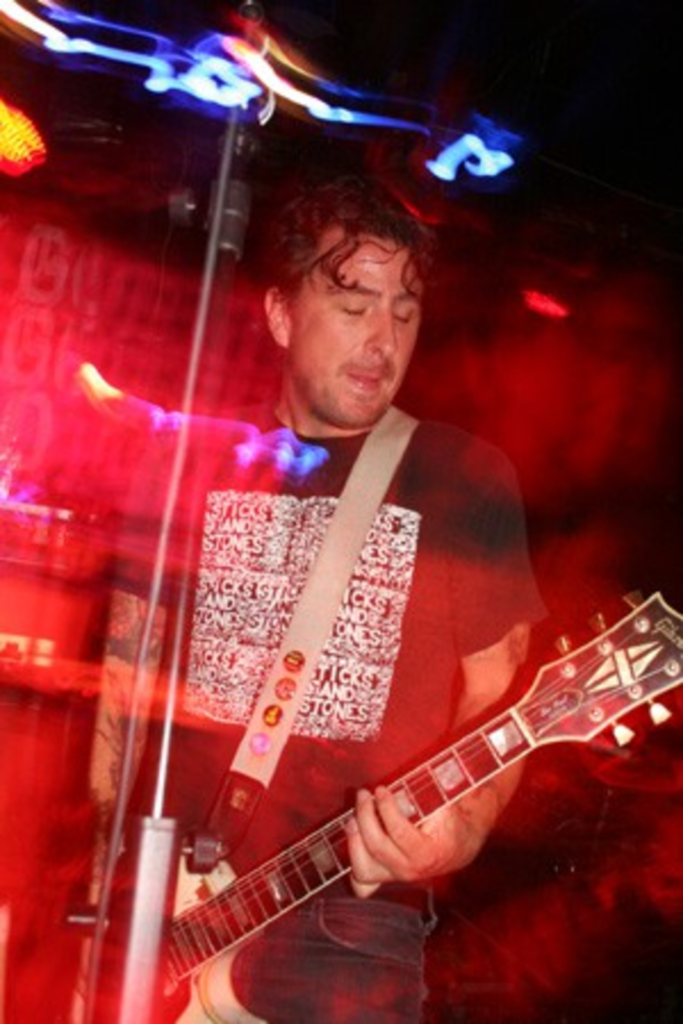 Even though the Bouncing Souls hail from New Jersey, they’re still Yankees’ fans. So, the Souls playing the night the Yankees win the World Series makes for a pretty cheery band. The close and cozy environs of the Riot Room helped a lot, too. Unfortunately, the show wasn’t a sell-out, even moving from the Beaumont, and the show became 21 and up with the move, as well.

One can’t help but wonder if the reason the Bouncing Souls were playing such a small venue was due to the fact that Paramore was right down the street at the Uptown. Paramore, despite their rather recent appearance in the pop-punk scene, are fucking HUGE, and probably poached the entire all-ages contingent that would have otherwise attended the Souls show, especially considering the all-ages appeal of Broadway Calls and Bayside.

Enthusiastic fans probably helped the band be in such a good mood, too — standing in front meant that you were apt to get knocked horizontal, and possibly have your knees banged up and lacerated to the point of hobbling to your car and rueing everytime you have to work the clutch on the drive home. Look at that setlist, though: the Souls’ first five songs alone were worth the knee damage.

The whole band was tight as hell. It was my third time seeing them this year, so I wasn’t nearly as jazzed as I might have been. The set they played was pretty similar to their Warped Tour set, which was basically just a condensed version of the set I saw them play at Red 7 during SXSW back in March. The show’s good, but I remember why it’d been 11 years since I saw them last.

When a band’s been around as long as the Bouncing Souls, they get tight, and they put on a great show, but it’s just a variation on a theme. With some exceptions, you know that the Bouncing Souls are going to play a similar show every time you see them. They’ll come out to “Born to Run,” do the acoustic version of “Hybrid Moments,” and play the hits. You’ll get a couple new ones, and then they’re gone.