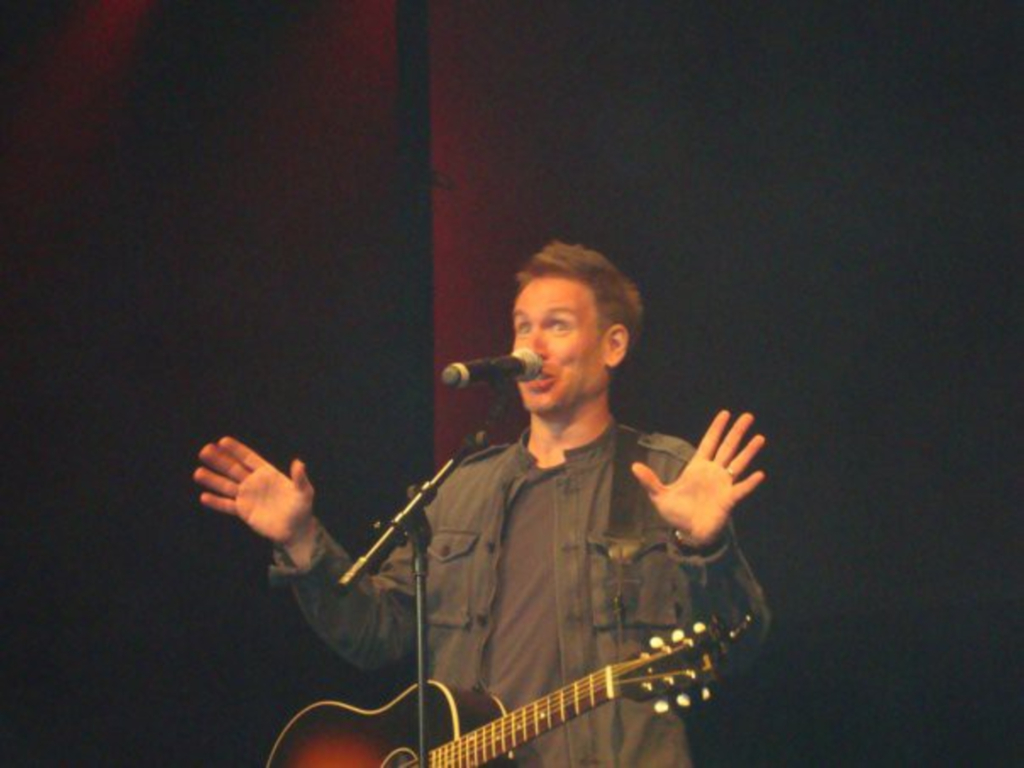 At the Midland on Saturday night, Stephen Lynch not only made musical comedy seem like a rock show — he gave a pointed lesson in how to deal with hecklers and other assorted loudmouths.

In addition to responding to a request for “the bowling song!” (“Almighty Malachi, Professional Bowling God”) with a ditty that went “Why don’t you bowl my balls right into your mouth?” a request for “Freebird” was mocked with “Any more songs that I didn’t fucking write?” Lynch also played parts of the Lynyrd Skynyrd song, along with bits of other “25-minute songs that can waste everyone’s time” like “The Wreck of the Edmond Fitzgerald” and “Bohemian Rhapsody.”

Using short films as a break in the songs, Lynch kept the evening moving briskly along. After the opener, “Waiting,” he made a comment to the effect that he’d done Broadway, and was now singing about AIDS in Kansas City — “I hate my life.” The whole show was full of random asides, smart-ass comments, and weird riffs, like when Lynch told the audience about a dream he’d had the night before where he was onstage, at the Midland, in Kansas City, but he was Prince.