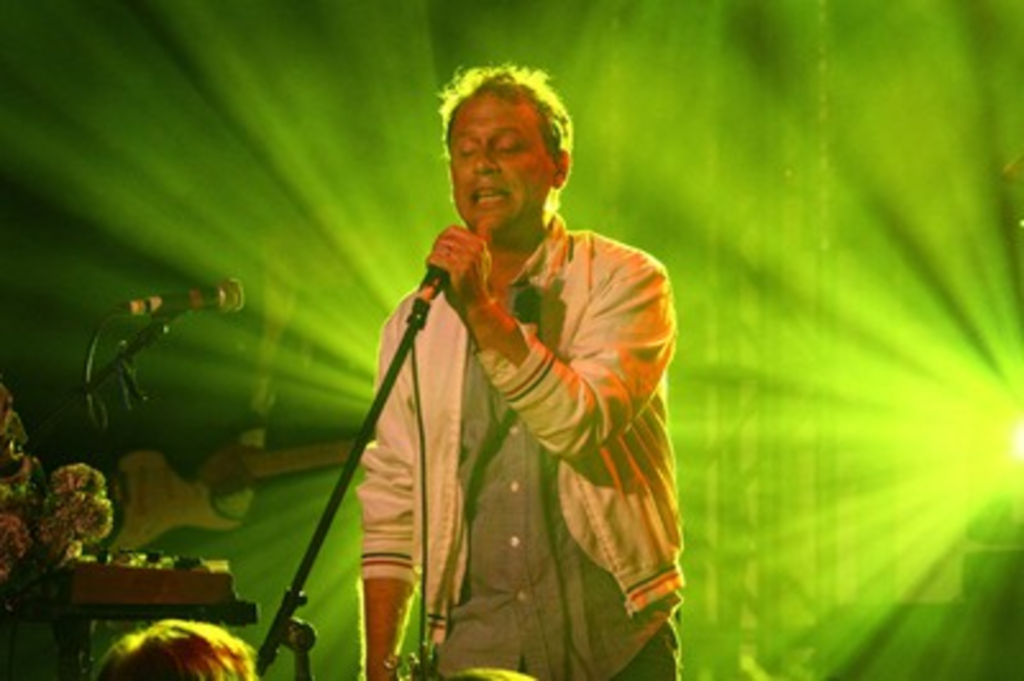 Better Than: sitting at home on a Friday night watching the presidential debates

It was couples’ night Friday at the Granada, kids standing arm in arm on the dingy floor, holding hands and talking in quiet anticipation. Parents sat at tables toward the back of the bar, happy for a show that would end before their bedtime. When the lights went down and Stars took the stage, there was none of the usual jockeying for position. Maybe it was the floral arrangements that dotted the amps and the drum kit, maybe it was that early start time, but clearly there was something soothing in the air.

Stars are emo in the best sense of the word, playing well-crafted pop songs that explore two themes: death and fucking. Their most recent full-length In Our Bedroom After the War, while not quite successful as a concept album, is marked by big, beautiful songs that are never short on drama. About half the night’s set came from that album, which revolves around a vague plot line of a war, a revolution, and the morning after it all. With all this talk of revolution and barricades, the songs played like a poor man’s Les Miserables. Amy Millan sang Fantine to Torquil Campbell’s Jean Valjean, while the other four band members recreated the orchestra with lush keyboards, well placed guitar lines, and real and electronic drums.