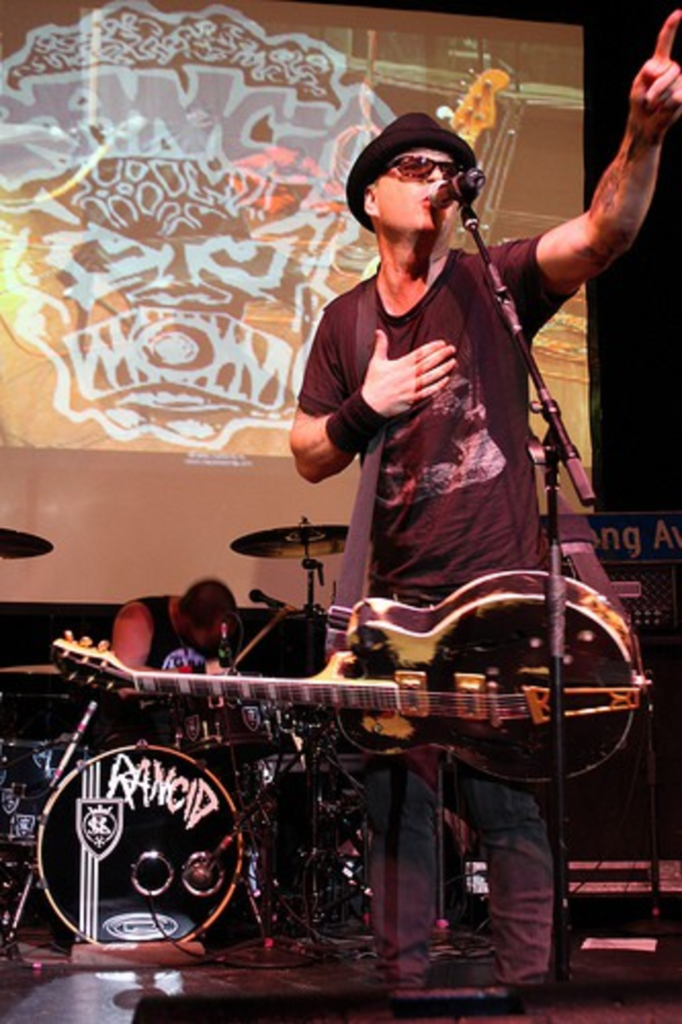 On a humid night in KC, the crowd at the Uptown seemed fine with getting close and sweating it out to get the chance to see the Riverboat Gamblers, Rancid and Rise Against.

We arrived about halfway through the Riverboat Gamblers set and, sadly, we were kind of OK with that. While I do enjoy the band (notably the track “A Choppy, Yet Sincere Apology” which you can listen to at their MySpace, the sound was somehow off in the Uptown and the band was too loud to even discern what songs were being played. Singer Mike Wiebe did put on an energetic stage show (complete with crowd surfing and towel throwing) in an attempt to get the crowd moving. Too bad we really couldn’t hear them. If you’re into pop-punk at all, their album Underneath the Owl is worth checking out.

After a short wait (the transition time between bands was amazingly quick) a big projection screen on stage played a short film in Tim Armstrong’s signature high-contrast style and Rancid took the stage: Lars Frederiksen with his spiky bleached hair and face tattoos, Armstrong in his pork pie hat and low-slung guitar, Matt Freeman on bass and Branden Steineckert on drums.