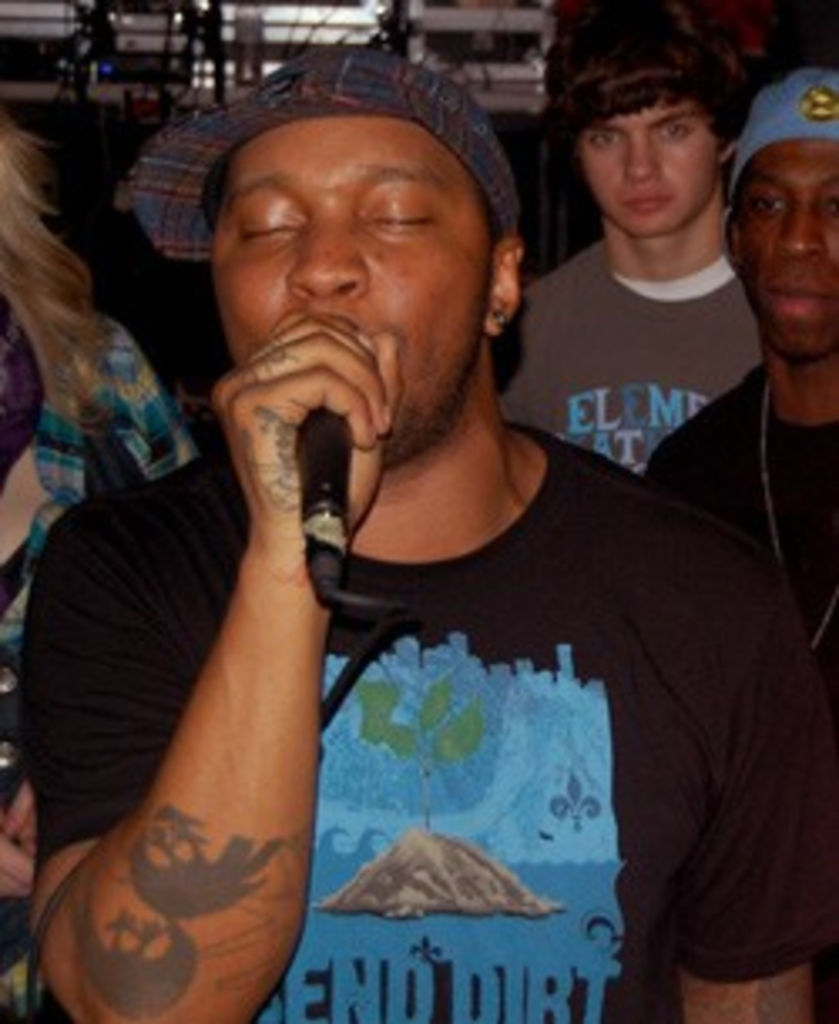 “Every never is now,” chants P.O.S. “It’s important to say that shit enough so you know it’s true. It’s all about moving forward.” The Minnesota rapper isn’t trying to preach; he means it. Socially conscious and unabashedly honest, P.O.S. (an anagram meaning Product of Society and Pissed Off Stef, among others) raps over revving drums and rolling distortion, urgently spouting rhymes that uphold individuality and tolerance: “We make our own and if they don’t feel it/ then we are not for them/ (and that’s cool).”

Aside from Stefon Alexander’s life-affirming lyrics, there’s a reason the rapper was invited to throw down at Warped Tour last year: his catalog is filled with howling chants and crackling roars that would belong on a raging punk album. “God, I’m bored!” P.O.S. shouts on “Drumroll,” kicking off a rollicking drumbeat that toes the fine line between chaos and beauty.

On the first date of his Every Never Is Now tour, P.O.S. kicked off a set on Tuesday night at the Jackpot that mixed introspection, politics, hip-hop and rage. Focusing on his latest album, the appropriately titled Never Better, the rapper conjured the sweaty intimacy of a basement punk show. With explosive cymbal crashes and heavy bass lines, P.O.S. harnessed the energy of his punk explosions with chants and cathartic howls that created a tangible energy flow between stage and crowd.

A feeling of unity enveloped the venue as P.O.S. tore into his verse with rabid intensity, rounding off his furious raps with thumbs-ups and smiles. Winning and charismatic, P.O.S. (or “Stef,” as he referred to himself) didn’t work the crowd—he charmed it.