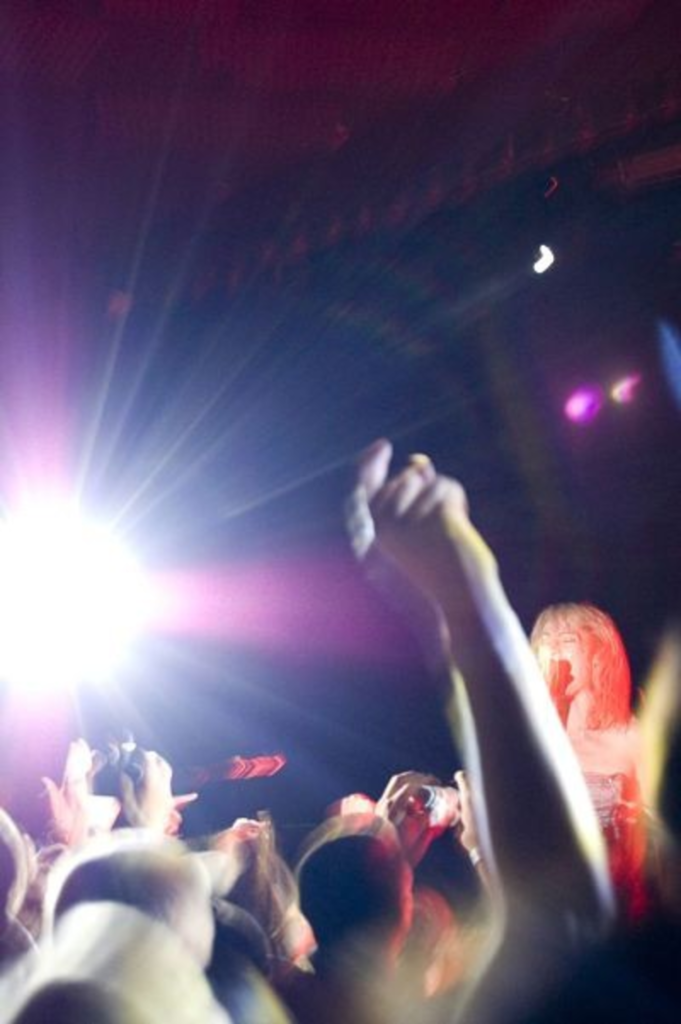 As Canadian electro-rockers Metric broke into their first song of the night at the Granada on Friday, all eyes were on Emily Haines, whose girlish vocals hovered lightly on the thick layers of blue-tinged synths swirling over the audience. The crowd was smitten. They were slain. And they should’ve been.

After taking a three year break, Metric’s disparate parts have reunited from their various solo projects to produce Fantasies, an album that marks the first truly seamless synthesis of Metric’s signature glossy electro and dark, twisted cynicism. Made up of Emily Haines and James Shaw — ex-Broken Social Scenesters — and Josh Winstead and Joules Scott-Key of Bang Lime, Metric perfectly straddles the line between fame and the underground.

Given Metric’s urbane detachment demonstrated on past records, the band’s amount of sheer charisma struck me as a total surprise. Don’t ask me why, but for some reason I was expecting a night of arty angst and despair, with Haines’ slight whine warbling over a dark electric pulse. But, instead, Metric blew me away – with a fucking rock concert.