Concert Review: Matisyahu at the Crossroads 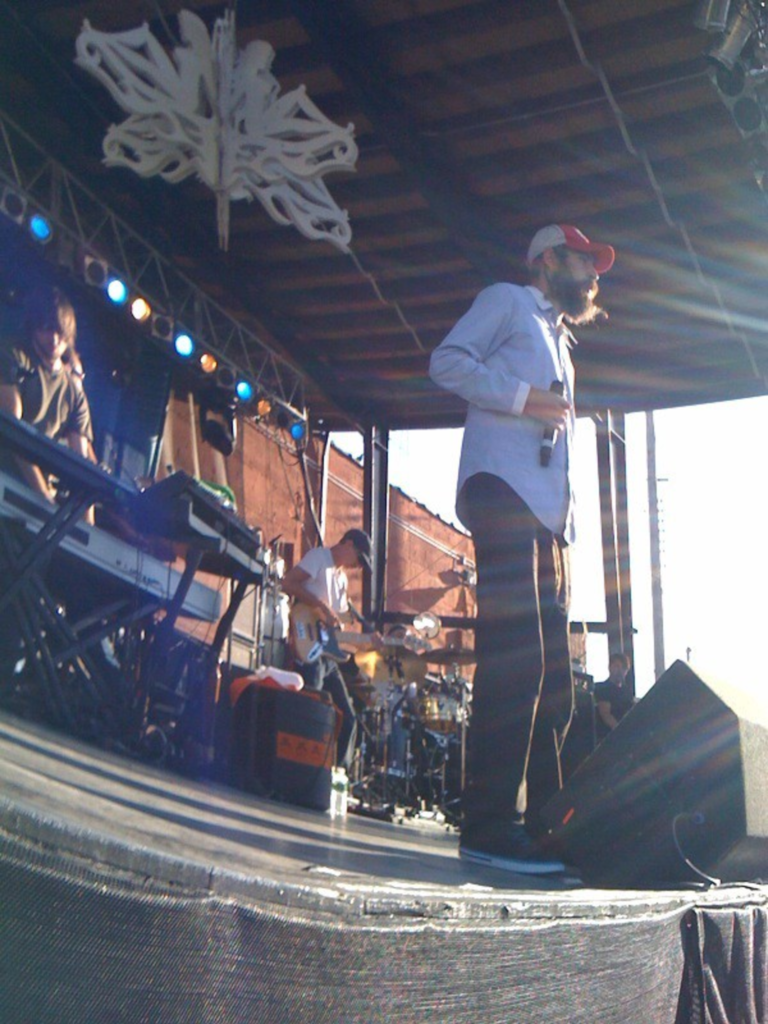 How do you review a musician like Matisyahu? Does he perform Jewish music or music exploring Jewish themes? Is he a Jewish artist or an artist who happens to be a Hasidic Jew? Does any of it even matter? These conundrums plagued me throughout Matisyahu’s al fresco concert Friday at the Crossroads at Grinders.

When Matisyahu and his quartet hit the stage promptly at 6:30 p.m., the low end struck first. Warm, languid and laconic. Next the drummer punched in the backbeat tighter than a coiled rattlesnake. By the time the guitarists began picking through the melancholic harmonies of “Aish Tamid,” I figured not too much had changed since I saw (and reviewed) Matisyahu in 2005.

That they were still a charming group of guys – one an ultra-orthodox Jew with antediluvian facial hair, side curls, and yarmulke – who played catchy reggae music. But surely as the sun began to set and the Jewish Sabbath approached on Friday eve, the changes that happen to any artist surfaced.

His group had put on weight. Added to the slim original lineup were a rhythm guitarist and a keyboardist. Their set list has two more studio albums from which to draw. The stage and audience had swelled. He had grayed. Likewise, his songwriting, though still rooted in reggae, but with a bolder sense of structure, has mellowed. Though critics lauded his new album as experimental, the show at Grinders was by and large flaccid. The music was all at once poppier, jam-bandy, and longwinded.