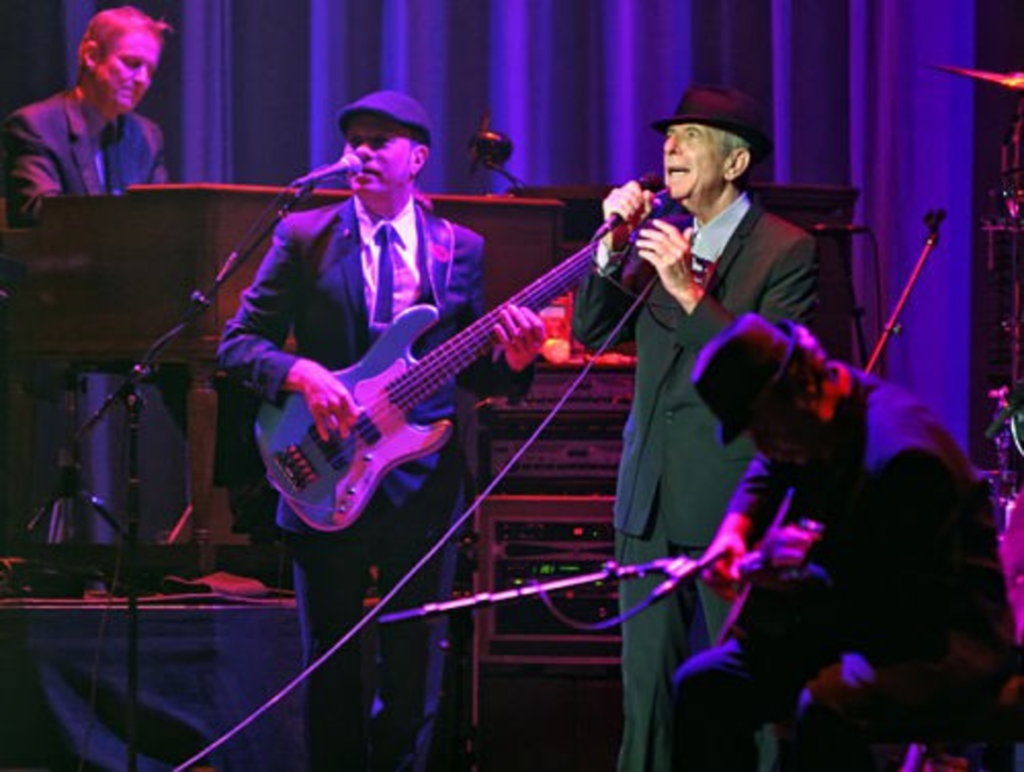 The ticket admonished: “8 p.m. sharp.” And at 7:58 last night, the lights inside the Midland dimmed, and a low-voltage current of recorded flamenco music swept six musicians and three singers onto the stage. Then Leonard Cohen bounded out — bounded, like someone on his way to high-five Scottie Pippen and Michael Jordan. The first song: “Dance Me to the End of Love.” Mission accomplished.

The 75-year-old poet and songwriter spent three and a half hours (less an intermission) dancing an enraptured crowd to the farthest reaches of … well, if not love, then whatever it is that animates his graceful ballads of devotion and dissipation. All night he prowled the stage with feline grace — crouching fast in supplication to his own lyrics, twisting upward on his toes when the beat kicked in, doffing his narrow-brimmed fedora in courtly deference to his backing singers, locking his knees together in mock-Jagger sexual panic. To call him merely spry would do a disservice to senior water-aerobics classes everywhere. What should have looked like Abe Vigoda auditioning for the Backstreet Boys was closer to seeing Michael Jackson moonwalk for the first time. No one who was there will forget it.