As Ethan Hawke pointed out in his Rolling Stone story on the songwriting giant, Kris Kristofferson has always been ambivalent about his performance skills. “Sometimes I hate it,” he admitted in an early interview. And Friday night, he made numerous jokes about his abilities. After “Come Sundown” he made the comment, “Sounded better when Bobby Bare did it.” 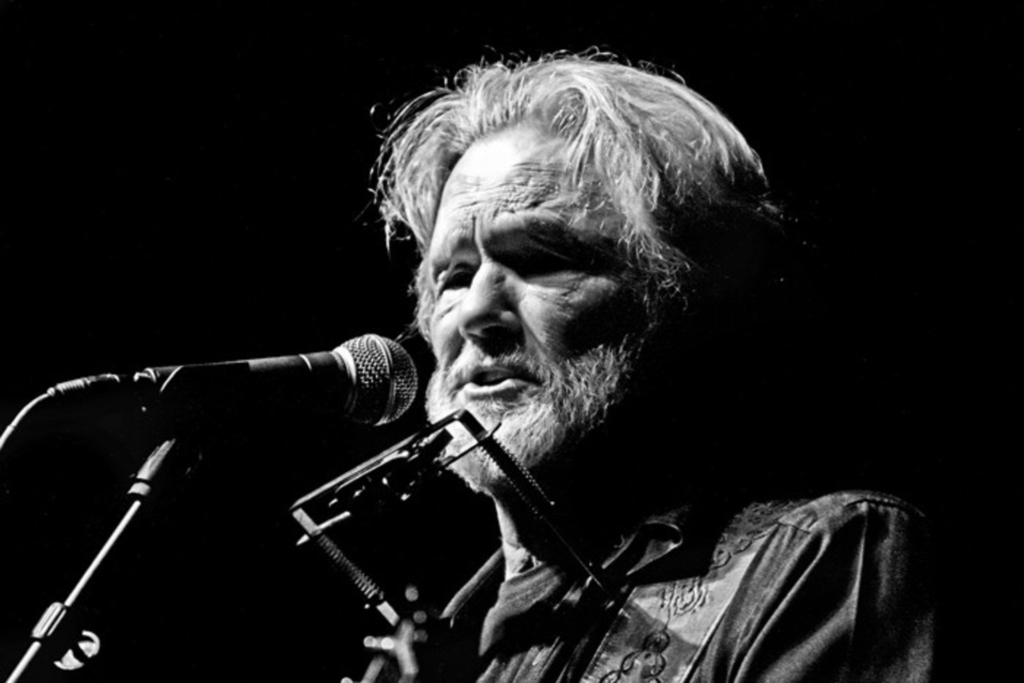 But the overwhelming feeling of the evening was a sense of appreciation. “You’re the best audience I’ve ever had,” he said at one point, and it certainly didn’t feel like he said it every night (and even if he does say it every night, it still sounded like he meant it). The comment was believable because the appreciation cut both ways. The Uptown Theater crowd sat in rapt attention, relishing every moment the 72-year-old artist gave them.

He gave a musical feast in the simplest terms possible. Dressed in black with a guitar and a harmonica, Kristofferson sang 33 songs written over four decades, each one as powerful as it’s ever sounded. His guitar playing and occasional harmonica riffs were always simple, never flashy, and that felt right. It seemed more than a sketch of accompaniment would only distract from the power of each song.