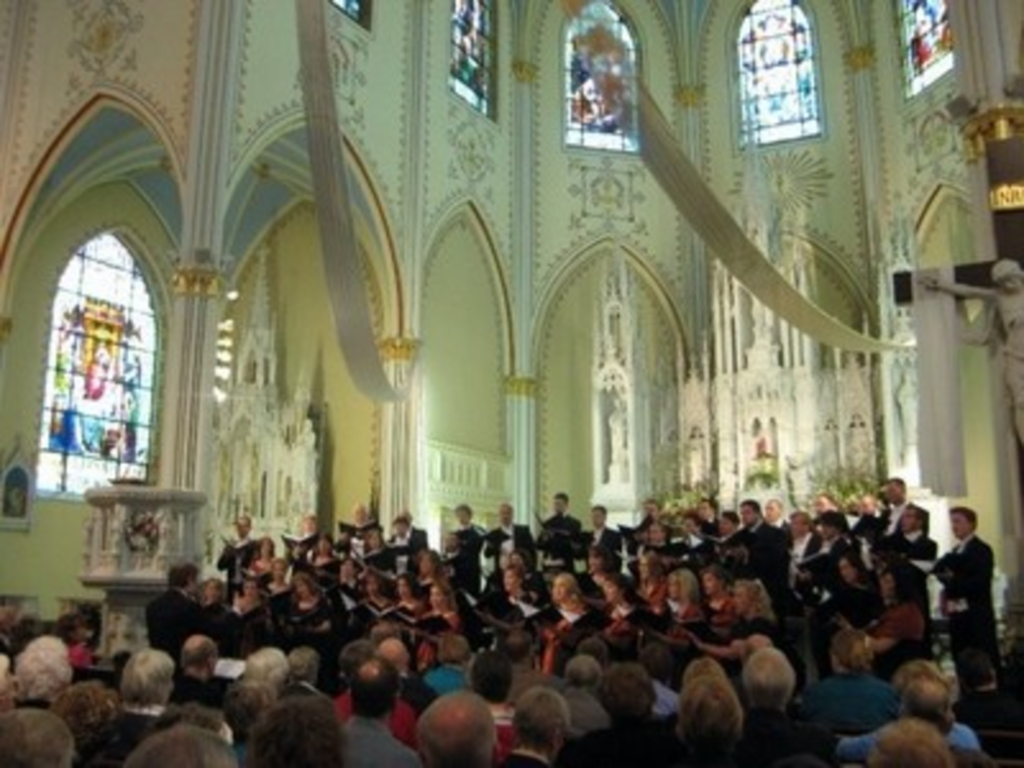 On the same night that George Clinton (yes!) and Barry Manilow (double yes?) were in town, I was purposely holed up at the Church of the Nativity in Leawood watching the Kansas City Chorale and Phoenix Bach Choir perform their 2007-08 season concluding concerts. (The two groups also performed Sunday at the picturesque Redemptorist Church on Broadway.)

Sounds like a bad decision to watch music on a Saturday night in a freaking church (or to spend a weekend night in the ‘burbs, for that matter), yes? Well, actually, not at all, because by show’s end, I didn’t feel any remorse for not getting down to P-Funk or marinating my ears to the, uh, bittersweet yacht rock-ish renderings of Manilow.

For those of you who don’t know, the two groups – who are under the direction of Charles Bruffy – recently won a Grammy in the “Best Engineered Album, Classical” category. I’ve been to a number of the Phoenix Bach Choir’s shows in Arizona so I know from experience that their sound seriously transcends humanity.