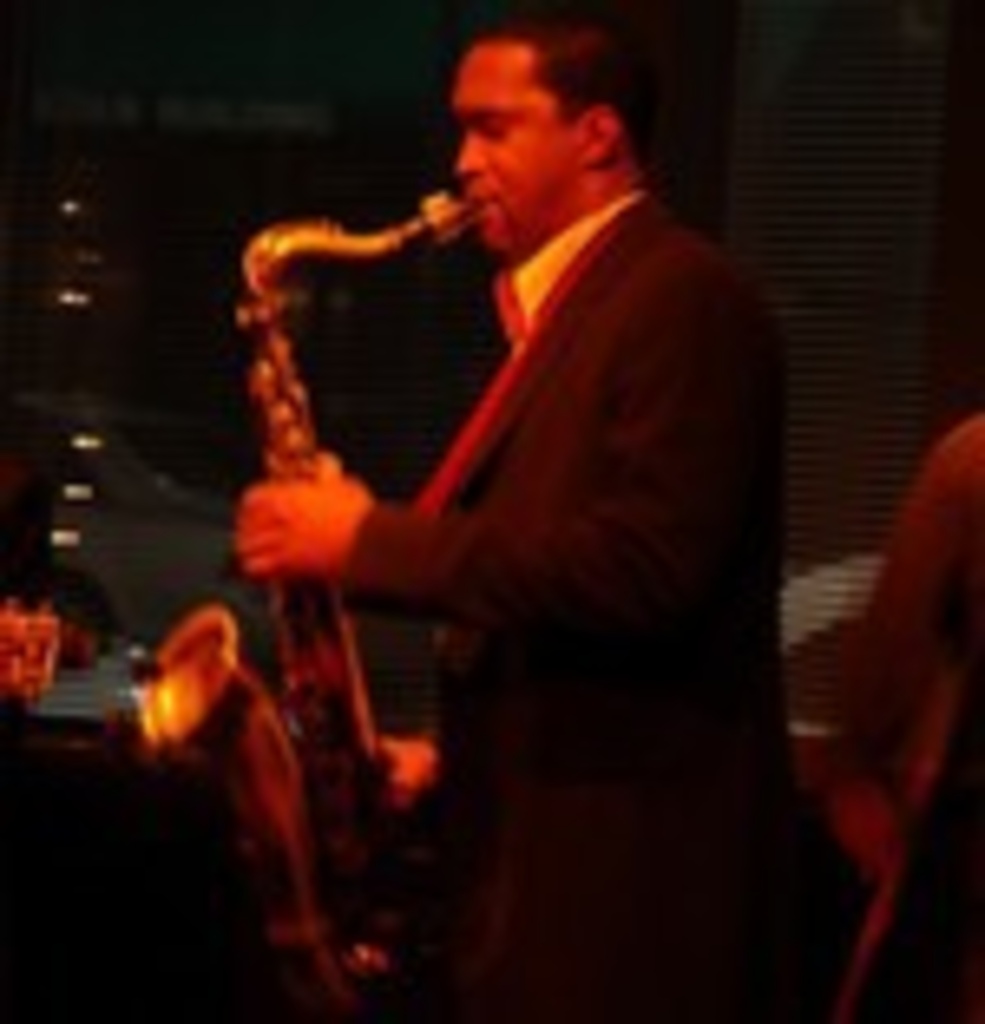 Jackson—who has worked with names like Art Blakey, Freddie Hubbard, Elvin Jones, Ron Carter, and Dr. Lonnie Smith, to name a few—left the audience with no doubt about his appreciation for his predecessors.

Jackson and his quartet kicked off the evening with “Four,” a classic jazz standard written by Eddie “Cleanhead” Vinson (but best known for Miles Davis’ rendition of the tune). The tempo was hot, and Jackson’s initial solo was even hotter, with a sound that resembled John Coltrane and a fluidity that Charlie Parker could have appreciated. The surprisingly small crowd, which only filled one third of the Blue Room, applauded Jackson after his lengthy, blistering solo. Guitarist Henry Johnson then took his turn, demonstrating a non-picked style that sounded remarkably like Wes Montgomery.

After finishing up the most recognizable tune of the evening, the quartet shifted into an original composition of Jackson’s, “Mr. Taylor.” The group relaxed a bit with a medium tempo that allowed them to swing a bit. Jackson started things off with a solid solo, but Johnson’s bluesy guitar work stood out as the tune’s bright spot. Drummond played the last solo, a straight, almost march-style (see Art Blakey’s “Blues March“) that allowed him to show off a few tricks (including a one-handed solo stretch that got a few shouts from the audience).