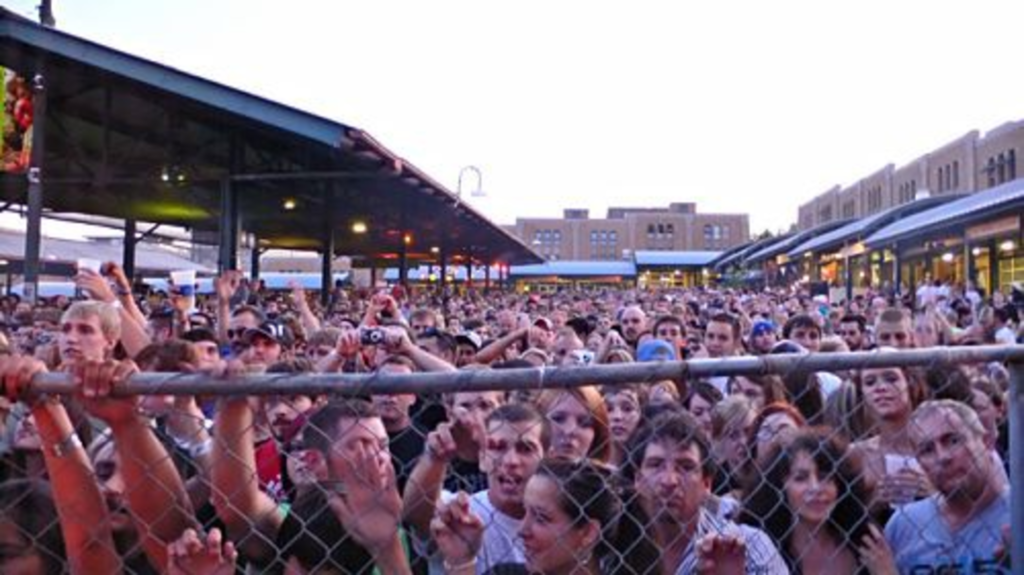 Warning. This review is written by a non-professional writer. I apologize in advance. But I am, however, a professional photographer, who brings you images from the battle zone known as the pit, and the pit was brutal for Incubus, with many crowd surfers, police taking action and a few fists thrown from men and women. I thought Incubus was a chill band?

Sunday night was the end of a beautiful weekend in Kansas City that brought us many concerts. I came into this show very familiar with one band, the Duke Spirit, and very unfamiliar with Incubus. Incubus is touring this summer in support of its new greatest hits album, Monuments and Melodies, following a hiatus to focus on their personal lives. When I arrived about an hour prior to the gates being opened for KRBZ‘s Buzz Under the Stars show, a line of people stretched around the block, and the scalpers were in full force. I really hadn’t expected a big show because it was Sunday night and there were only two bands playing. I was wrong. This, I think, was the largest crowd I’ve seen in a few years. I was told 8,500-plus.