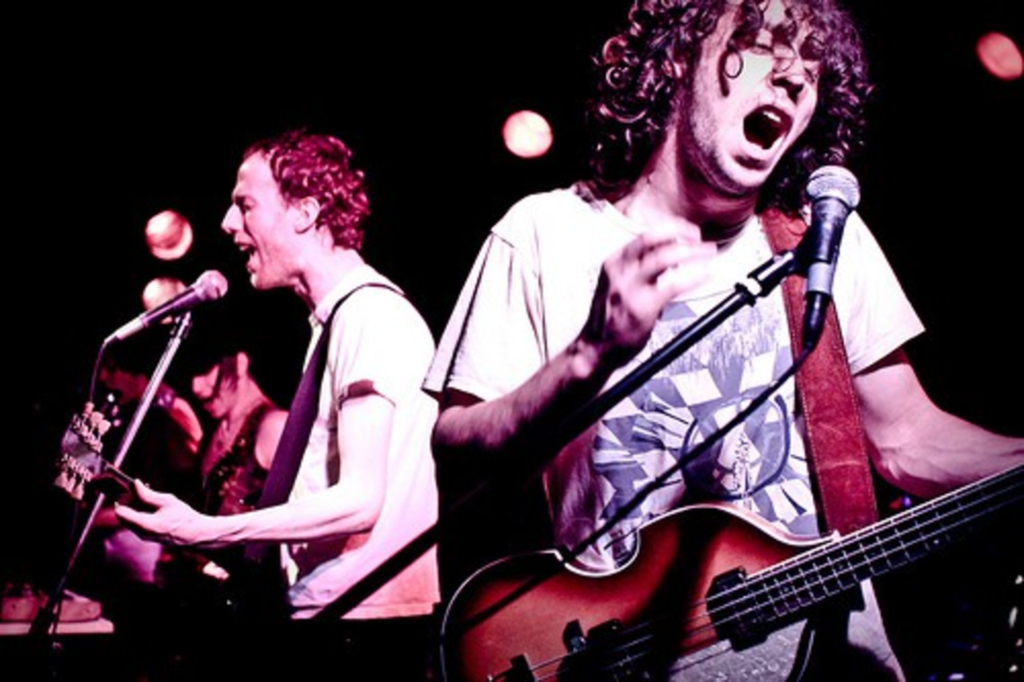 As those with ears tuned to the rumblings of the indie-rock scene already know, Fang Island is perfectly poised to be your new favorite summer band. The Pitchfork-lauded group (they’ve been labeled “Best New Music,” for what it’s worth) is receiving fawning praise from critics for their sunny collages of ’80s rock riffs and electro refracted through shimmery fuzz. The band describes its sound as “everyone high-fiving everyone else,” and as far as their self-titled debut goes, they’re not wrong. But here’s a tidbit that you won’t glean from listening to Fang Island’s bubbly, light-hearted album: these guys like to play loud. Like, balls-to-the-wall, thudding-punk-show loud.

Fang Island threw down last night in front of a sadly numbers-challenged crowd. (Twenty lonely souls populated the Record Bar. When we first arrived, there were more band-boys than fans. Oof.) From the moment they launched into their first number (they opened with an electro-woosh sound they called “the mysterious opening”), it was clear that Fang Island has a severe case of genre-schizophrenia. 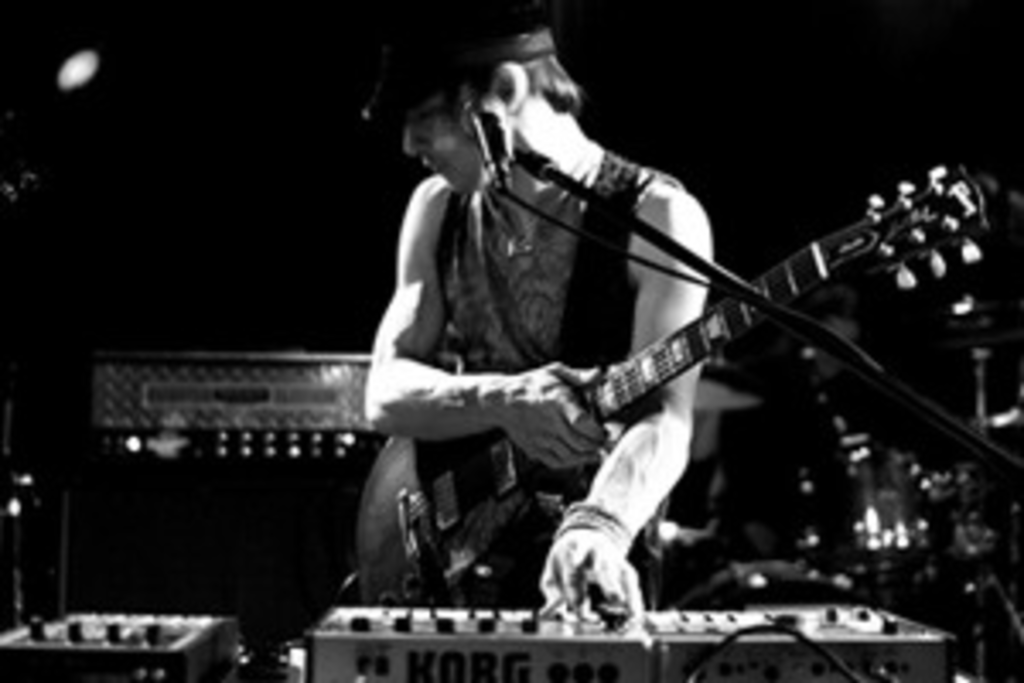 ​The band’s sound morphed from Warped Tour-like shouting to Explosions in the Sky-like epic instrumentation. Careful listeners could also catch glimmers of Boards of Canada, Trans-Siberian Orchestra (really), and John Mellencamp (I could’ve sworn I heard a riff cribbed from “Jack and Diane” somewhere in the bands’ smeary, post-punk soup). This was directly followed by an synthesized organ hum that sounded suspiciously like the intro of George Michaels’ “Faith.” Critically listening to Fang Island is like playing musical “I Spy”: it’s raucous post-modern slop, but it’s wildly entertaining.

Despite Fang Islands’ recent claims to fame, headliners the Chinese Stars weren’t intimidated — or upstaged — by their openers. 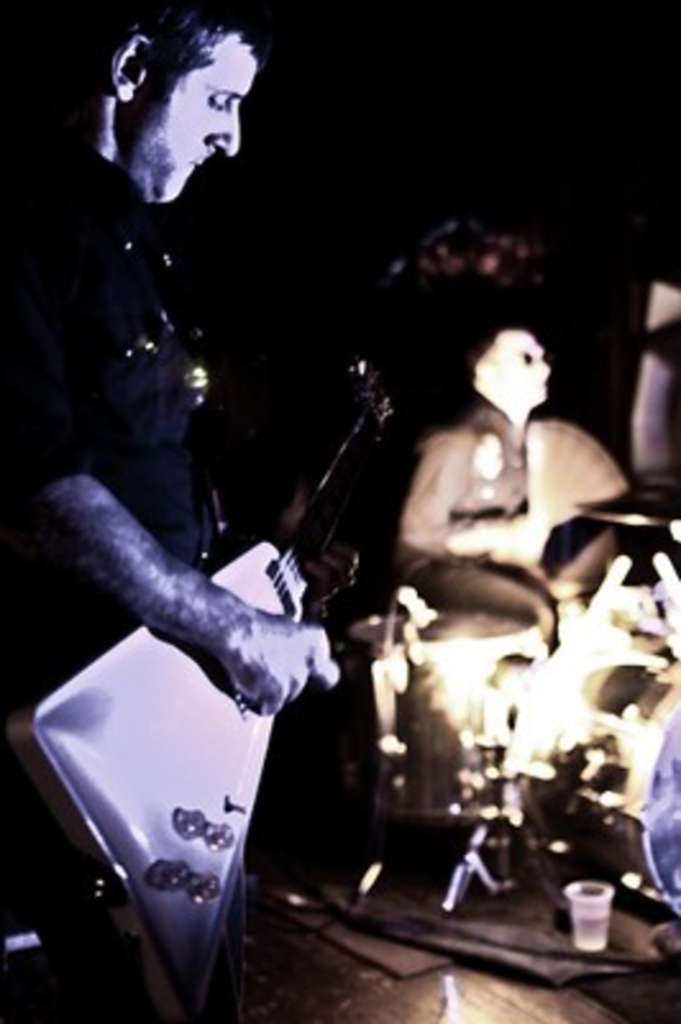 ​Echoing vocals and screaming synths ripped through the Record Bar during their sound check, when we caught singer Eric Paul unloading this gem on the sound guy: “Slip it to the Android.” Ripping into their first catastrophic math-rock jam, frontman Eric Paul blessed audience members with the view of him pawing down the front of his jeans to scratch his balls. This glorious moment of sleaze was echoed throughout the set, as Paul thrashed, wailed, sweated and whimpered through each chaotic tune. (Seriously, he was flailing about on the floor within the first number.) Fusing the noisy scratch of the Pixies with geeky electronic arpeggios and crashing drums, the Chinese Stars heaved torrents of acidic noise rock over the crowd. The bands’ crashing dissonance sounded like nails on a chalkboard at times, but slick space-rock grooves and solid song structure saved the Chinese Stars’ skull-fucking  punk from killing off the audience’s enthusiasm. 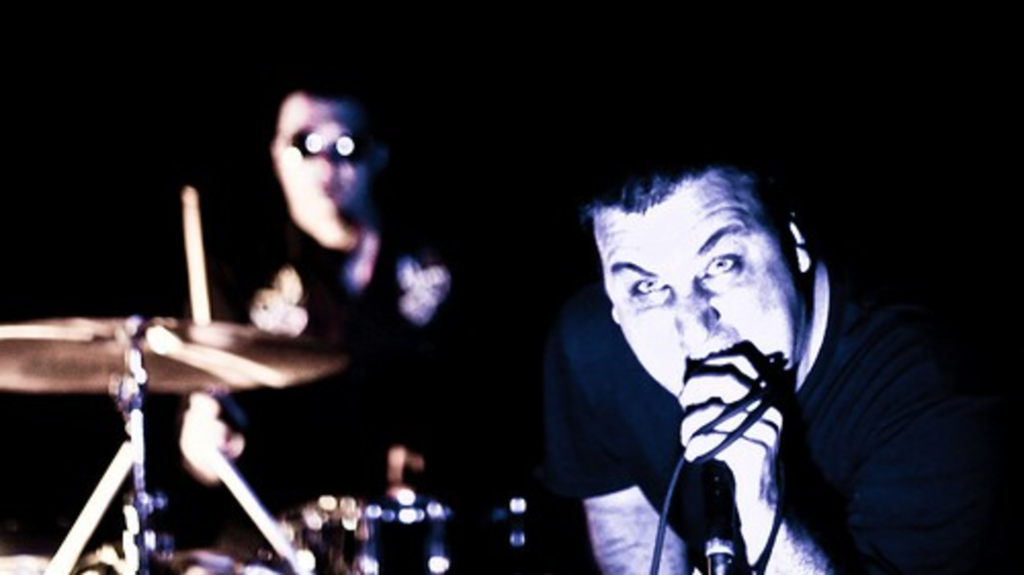