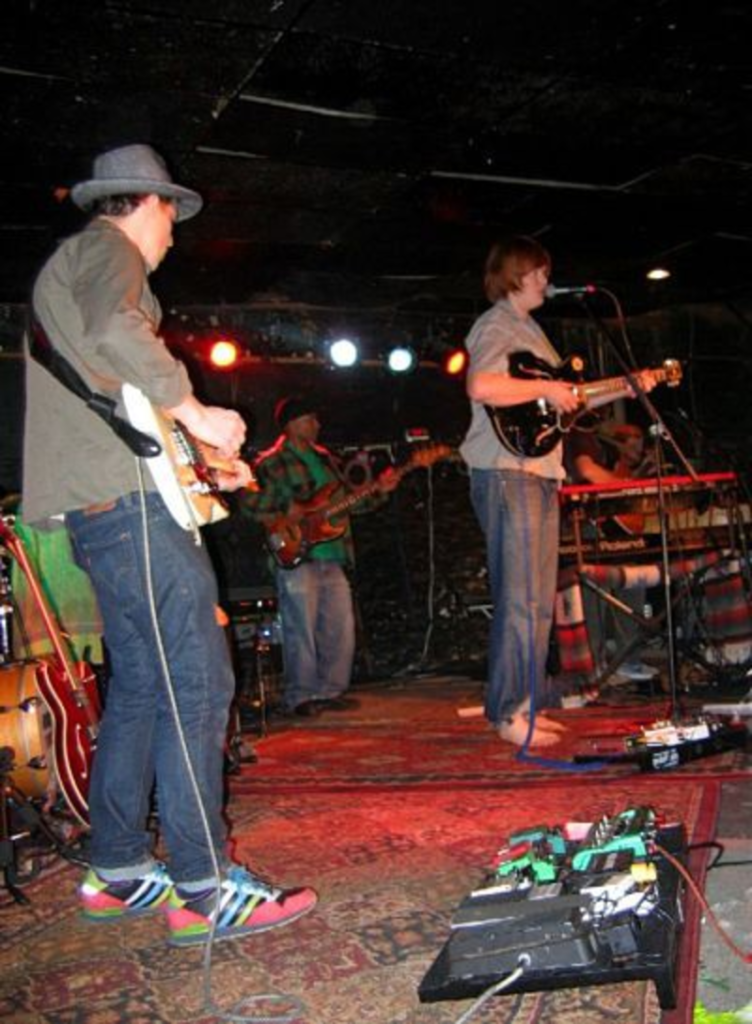 The moment I walked into the Bottleneck Wednesday night, it immediately became apparent that I had lost all touch of what is popular. You see, the last few shows I’ve seen at the Bottleneck haven’t been empty, but they’ve been a little sparse. At most of these shows, the only people rubbing shoulders have been standing in the front row. I was surprised to see that the bar was packed, and not with teenagers either, despite the fact that it was an all-ages gig.

No, these were responsible, upstanding adults and college students, all straining to get a glimpse of Brett Dennen, the Oakdale, CA, crooner and star of the show.

The Little Ones opened with a set of sunny, upbeat pop songs. There were handclaps, dueling ukuleles, and a couple of guys singing who definitely looked like brothers. Sporting a high voice that recalled Sunny Day Real Estate’s Jeremy Enigk, frontman Ed Reyes and his tight backing band set the tone of positivity for the night.

With his large frame and his mop of red hair, Brett Dennen looked like a younger version of Ad Astra Per Aspera‘s Mike Tuley, and packs a voice that is just as unique. The similarities end there. While Tuley’s manic screaming is anything but laid back, Dennen’s smooth voice only strained when he sang falsetto. Tuley’s stage presence is just as intense as his voice, and he attacks his guitar with unhinged aggression. Dennen’s motions consisted of swaying slowly and pointing upward, and when the mood was right, gently plucking guitar strings.

He plays warm pop music that is uplifting, accessible and radio-ready, in the vein of John Mayer or James Blunt. He has an odd charisma and vulnerability, even with the whole place hanging on every word of his songs.