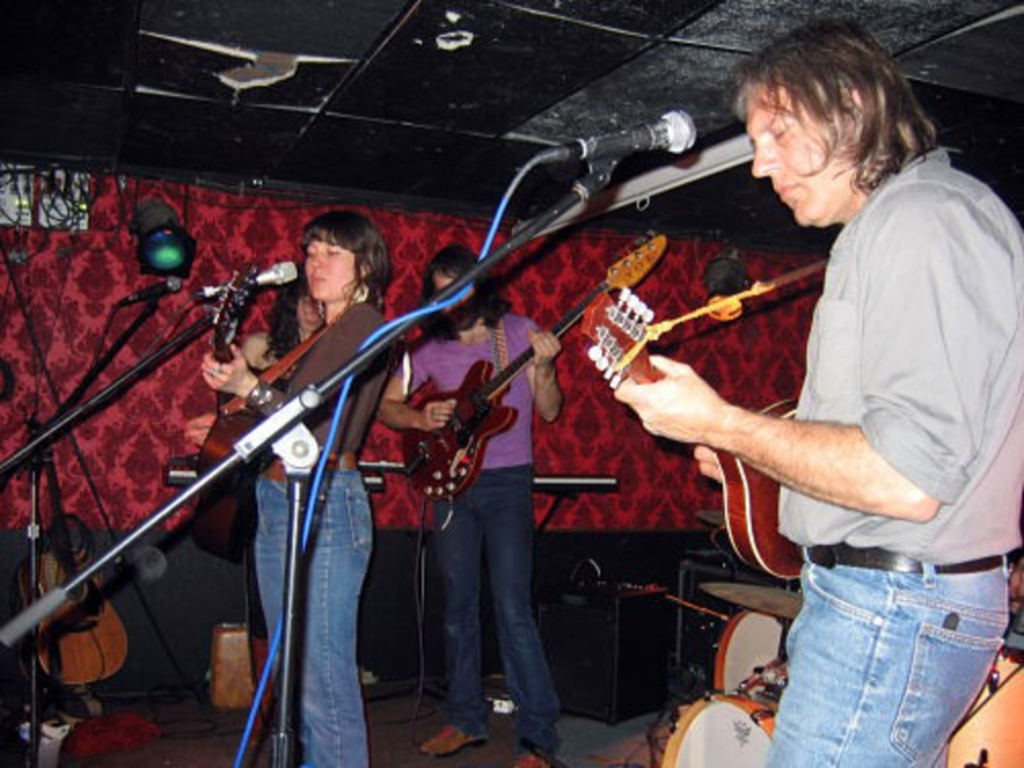 As the buildings turned Mass Street into a piercing cold wind tunnel, a crowd of Lawrencians took refuge inside the Jackpot Music Hall. Once inside, in the dim red bar light and the sweltering heat, that same crowd found themselves wishing they’d left their coats in the car. Alela Diane came on first, backed by a four-piece band: hairy dude on bass, cute girl singing harmonies, red-headed Greg Oden look-alike on drums, and Alela’s dad wailing on mandolin and lead guitar.

Alela Diane possesses a powerful voice and clever lyrics that the arrangements complemented but never outshined. She mixes the twang of Jolie Holland with the Gothic sensibilities of Neko Case, but her voice has a rougher, soulful edge. Her lyrics, replete with pirates and mermaids, made me feel even more landlocked here in Kansas. Turns out we may have more going for us than I thought — Lawrence, according to Alela Diane, holds a special place in her heart. It’s the first place she heard the sound of cicadas.