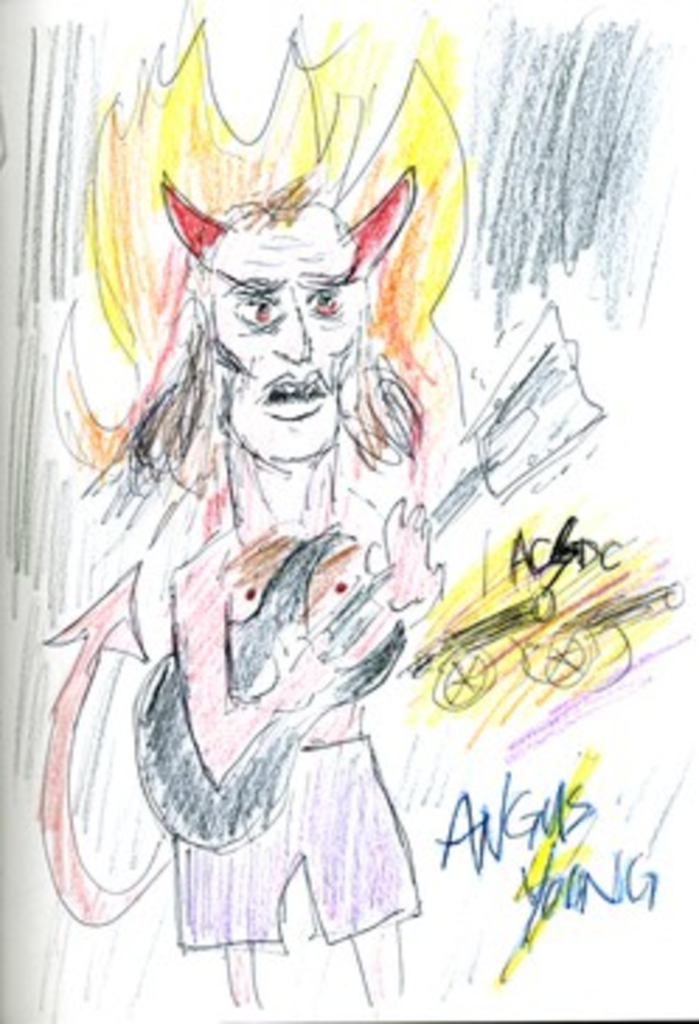 It’s fitting that AC/DC‘s show opens with a bawdy cartoon playing up the band’s lewd legacy. AC/DC is cartoonish. Not KISS cartoonish. But c’mon, Angus Young plays an impish, devil-possessed schoolboy guitarist. To perfection. That’s why the guy from Jefferson City can bring his 13-year-old daughter to see the show, and not feel bad when Angus is stripping off his knickers. It’s over the top. It’s fun. It’s what rock ‘n’ roll should be but isn’t always. It’s a lost art. And it’s an art AC/DC has perfected.

Last night, I had high expectations. Probably too high. I’d never seen AC/DC live. Always wanted to see them. Love their music — so much that for at least three months, my radio dial didn’t move from the 24/7 AC/DC channel on XM Radio (until the format finally switched earlier this month). So I popped my AC/DC cherry last night.

The video opens with AC/DC’s rock ‘n’ roll train roaring down the tracks. Singer Brian Johnson appears to be on the receiving end of some oral pleasure. Schoolboy Angus shovels coal into the flames until a couple of seductresses seduce him and simulate a couple of sex acts. Yeah, it’s gonna be that kind of night. But that’s every night for AC/DC. Lights out. Pyro. Fire. Derailed locomotive over the stage. And there was Angus, wearing his maroon crushed velvet schoolboy suit, tearing into “Rock ‘N’ Roll Train.”