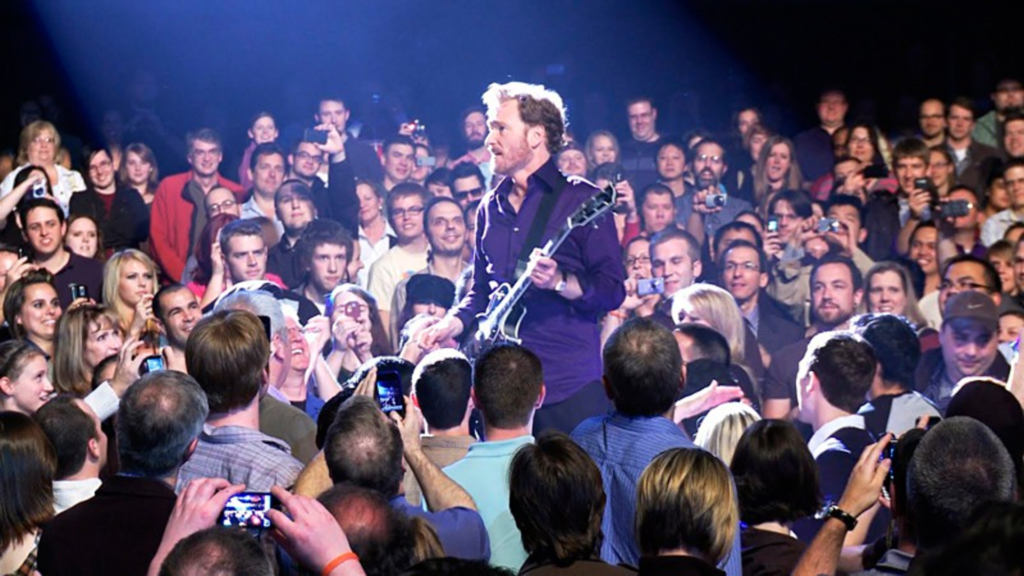 When Conan O’Brien was ousted from The Tonight Show early last year, he tapped into a groundswell of support.

Overnight, O’Brien went from a funny distraction to a modern folk hero. For the 20-somethings who make up the teeming nation that is Team Coco, O’Brien’s axing was an instant metaphor for the afflictions of their disaffected generation: the threat of sudden unemployment, generational angst over baby boomer privilege, East Coast
indie vs. West Coast corporate. It could all be oversimplified into Coco vs. Leno.

It would have been easy for director Rodman Flender to pick up that unconditional wave of support and run with it in his documentary Conan O’Brien Can’t Stop. He could have cast O’Brien as a kind of comedy god, beloved by fans and incapable of wrongdoing, while using the movie to strike back at NBC and Leno and stoke the tabloid fire. All the components are there: sold-out shows, a van of old women praying for O’Brien’s future, an affable subject who signs PBR cans and jams with Jack White at Third Man Records. Easy.

Instead, Flender’s film, which chronicles O’Brien’s Legally Prohibited From Being Funny on Television Tour last year, captures the writer turned TV personality at, arguably, both the highest visibility and lowest ebb of his career. O’Brien’s frustration over losing his dream job, compounded by the stress of touring with a sold-out rockabilly vaudeville act, bubbles over into his interactions with his fans, crew and family.

Conan O’Brien Can’t Stop is also frequently hilarious. Even under duress, the subject flashes a genuinely quick, sharp, self-­deprecating wit. But for every scene like the one of O’Brien jokingly pushing a nonexistent airport crowd back upon an uneventful landing in Eugene, Oregon, there are clips like the one showing him serenading a visibly uncomfortable Jack McBrayer with a sour improvised piano ballad called “You Stupid Hick.”

Such squirm-inducing moments make Can’t Stop a compelling documentary instead of a Hollywood puff piece. The movie brings O’Brien off his media-victim pedestal and
restores him to the ranks of us mere mortals.