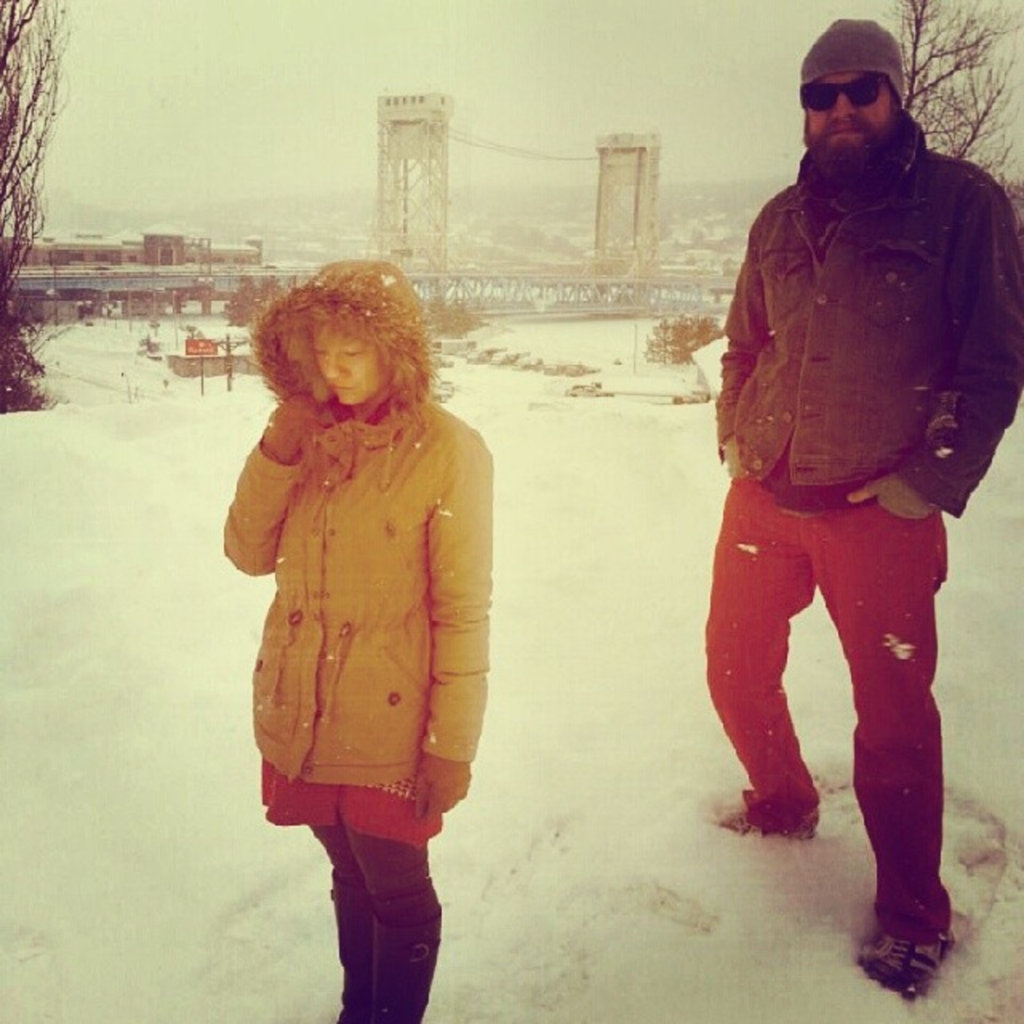 Johnny Solomon has had a long and heavy road to Communist Daughter, the Minneapolis folk-rock band he started in 2008. Years earlier, as the frontman for lauded rock band Friends Like These, Solomon seemed to be at the high point of his musical career – until addiction and troubles with the law derailed the band. Out of the wreckage, Solomon salvaged his life and his music with Communist Daughter – thanks, in some part, to vocalist Molly Moore, who agreed to sing with Solomon if he agreed to a substance-free life.

But the Midwestern honesty and open-hearted lyricism that marks the Communist Daughter catalog is something that Solomon has always carried inside him. The Kansas City native is on tour with Moore – now his wife – as an acoustic duo ahead of the larger fall tour the band has planned. Solomon took a few moments to answer some questions for The Pitch before his gig this Wednesday at Bonfire in Mission, Kansas.

The Pitch: Tell me about the current tour you’re on. You’re booking it yourself, and it’s not the full band, is it? Just you and Molly?

Solomon: Yeah, we’re still at that stage where we’re doing all our own booking, and it’s kind of that Midwestern thing where I’d rather be on the road slumming it out that waiting for stuff to happen. So Molly and I are full-time [musicians], and touring between [our full band] tours. It’s a different show, because the band is pretty rocking and big all the time, so it’s nice to have a show that’s focused on lyrics and harmony. I get both worlds taken care of.

How did you decide to come to Kansas City?

The cool thing about touring with Molly and I is that we can pick where we want to go and see what we want to see, and we get these requests for people that want to see us, and Molly and I can steer ourselves along and take our time. A place up in Maine really wanted us, and a place in Georgia wanted us, and I was like, “Well, I’ll make a giant circle out of that.” Kansas City is where I grew up, and so I’ll stop and see my dad, and I’ve got some friends there. It seems natural. Kansas City isn’t a place we’ve played a lot, and it’s one of those markets that we want to ease into, which is perfect for our smaller show. With just Molly and I, the intimate personal shows we do builds something, and then the band can come back and do it a little bigger. That’s how we started it, at shitty bars in Spring Green, Wisconsin. Molly and I went there just the two of us, and now we go back as a band and sell out every time.

The last album you released was 2012’s Lions and Lambs EP. But I hear you have some new releases coming up?

Yes. We’ve been working on a new record – we kind of went into the studio in 2013 and started working on things. We didn’t have a set idea of what we wanted to do, and I tend to work slower than some people, I think, because I really like to dive into things. We ended up with recorded 19 songs or so. So now we’re talking to labels, and there’s definitely going to be something in the fall, and there’s probably something in Europe in the fall too. That’s another part of why Molly and I are touring slow right now – because when the release comes out, we’ll be touring like crazy.

But everything is done – that’s the thing that takes forever in the music industry. There’s this dormant period before you put out a big release. I was talking to [Minneapolis singer-songwriter] Jeremy Messersmith – there was a three-year delay between his record [2014’s Heart Murmurs] being finished and when it came out on Glassnote, and so that made me feel a little better – like, I’m still on track. I feel like things are going to be fine. But I feel the pressure to get something out, and I want to still be part of 2014.

Tell me about what the show between just you and Molly looks like, and what’s appealing about it versus a full Communist Daughter show.

One of the things that people who are fans of our music – besides just the band and the music – is that I try to focus on lyrics, and a lot of the time in a band setting you don’t have as intimate a connection between the audience. It’s bigger and louder and in a huge room. These [acoustic duo] shows, it’s my acoustic guitar and my vocals and Molly, and we can really talk about the lyrics and answer questions. All you get is lyrics and melody and harmony, and it boils everything down. The thing that people talk about the most [in our music] is the harmony and the songwriting, and that’s what we focus on. It’s a behind the scenes, almost, because that’s how I write the songs, that’s how they start. There’s only 30-50 people in the room.

You’ve been through so much, with your music and in your personal life. What is it about Communist Daughter that makes it a successful, sustainable venture?

When you boil everything down, Communist Daughter started as the most honest I could be as a songwriter. Coming from Friends Like These, I started writing these [Communist Daughter] songs to try and get away from being sarcastic. With rock and roll, you’ve got this voice of how cool and angry you are, and Communist Daughter was just the music I was writing to myself. I never thought I would put any of it out. So things have come and gone in my life, and this is still what I write.

The people that have stuck with me and been through everything with me, they’ve just made us closer. Molly and I got married, Adam [Switlick, bass] and I have been playing together for 12 or 13 years – probably more and I just don’t want to admit it. We’ve been making music for no money for so long, and when we finally started making money, it was just icing on the cake, not what we’re doing it for. I think it just got built the right way.

Communist Daughter is at Bonfire on Wednesday, May 14. Margo May opens. Details here.