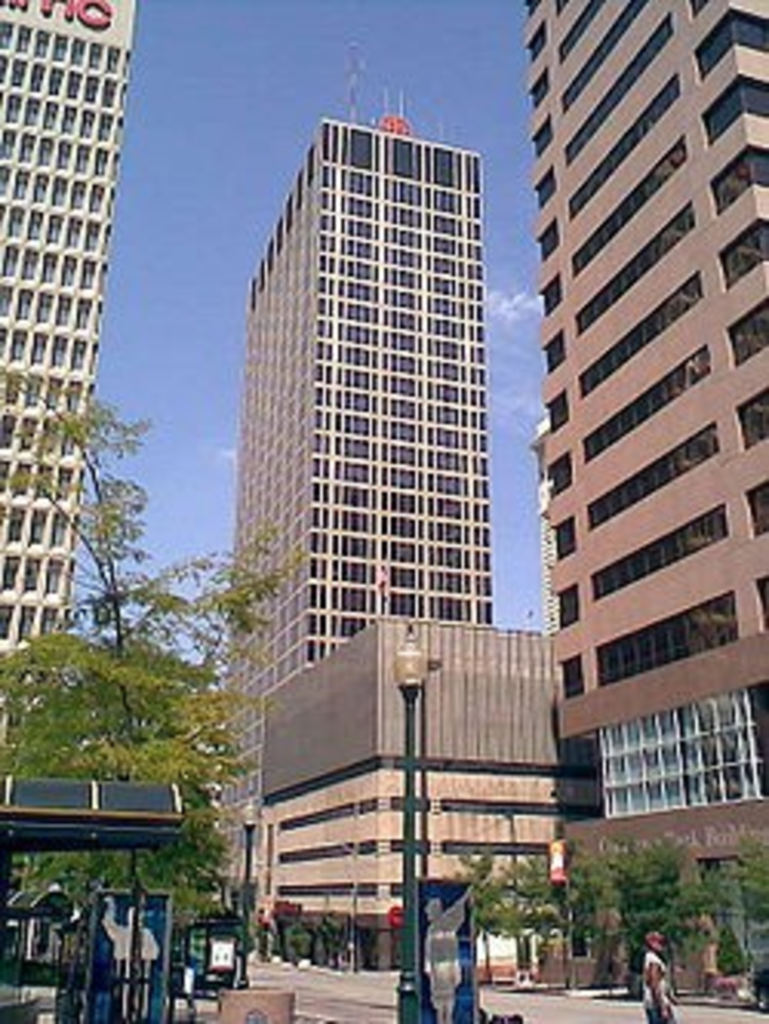 Did a downtown Kansas City developer concoct a ruse in front of a city agency en route to tapping public funds for his project?

That’s what we wondered after reading a curious story in the Kansas City Business Journal about the development of the Commerce Tower at 9th and Main. The story, which was posted on May 13, described how Commerce Tower Group Inc. appeared before the Tax Increment Financing Commission of Kansas City to request additional subsidies to give Commerce Tower a makeover. The TIF Commission plays a key role in handing out one of the strongest subsidy tools for developers.

Commerce Tower, 31 stories tall, is one of downtown Kansas City’s most prominent buildings. The building went into foreclosure in 2012 after several high-profile tenants moved out, some lured to Johnson County on a flotilla of tax subsidies.

Commerce Tower Group Inc. acquired the building and wants to refashion some of those empty floors into apartments, indoor dog parks, retail and other such things.

One of Commerce Tower Group’s partners, Michael Knight had counted on some tax credits from Missouri to make the financing math on the $138 million project add up, according to the Business Journal story.

Knight said that he’d been told by the Missouri Department of Economic Development that he was due for $5 million in brownfield tax credits for the Commerce Tower project. Brownfield tax credits help developers recover costs associated with remediating environmental hazards. In Commerce Tower’s case, the building built in 1965 is full of asbestos, a carcinogen that makes redevelopment tricky and expensive.

Knight told the TIF Commission, according to the Business Journal story, that Missouri then suddenly pulled the rug out from under the development team by reneging on its $5 million tax credit pledge. So the developer needed more public money from another source, hence his appearance before the TIF Commission.

Knight wasn’t given a reason for losing the tax credits, so he threw one out there on his own.

He said that Missouri had apparently robbed Commerce Tower Group of its tax credits so it could make them available to the construction of a new stadium for the St. Louis Rams. Missouri officials are feverishly trying to stitch together a financing scheme to build a new stadium for the Rams to keep team owner Stan Kroenke from moving the team to southern California.

“It sounds like they allocated the funds to another city on the eastern border of this state,” Knight said, according to the story.

He added that he hopes the Rams move to Los Angeles.

Knight’s explanation sounded fishy to us. Unlike historic tax credits or low-income housing tax credits, there are no limits to how many brownfield tax credits Missouri can authorize.

That means Knight’s scenario, one in which Missouri went around nixing tax credit agreements on other projects so that it could award them to the Rams, seems unlikely.

Knight’s theory about the Rams seemed more like a woe-is-us ploy to goose the TIF Commission into plowing more public money into Commerce Tower’s redevelopment (it already has a tax abatement from the Land Clearance for Redevelopment Authority, federal tax credits and a one-cent sales tax increase at the building through a community improvement district).

“The [brownfield] program does not have a cap,” writes Missouri Department of Economic Development spokeswoman Amy Susan in an email to The Pitch. “Therefore, projects do not ‘compete for funds.'”

We had sent Susan a copy of the Business Journal story to her agency’s take on what happened.

What’s more is Susan tells us that Knight never received the tax credits to begin with.

“The applicant for this specific project was not authorized or approved for benefits under this program,” Susan writes.

We reached out to Knight and his attorney, James Grice, for comment, but haven’t heard back.