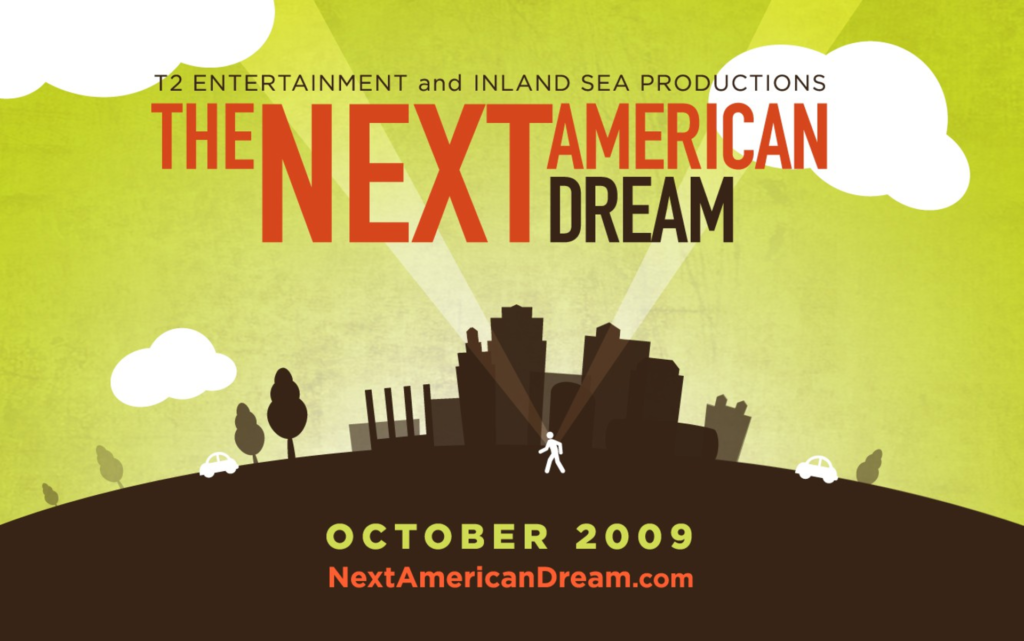 Kansas City’s downtown renaissance was on display again with last night’s NBA preseason game. It came a week after KCPT-TV aired The Next American Dream, which our David Martin called “part history lesson, part infomercial” after watching the doc’s premiere.

really is. But by the end credits, even cynics of the way business gets

Martin wasn’t the only one turning a critical eye to the doc. So did thePhantom*, who issued a lengthy but insightful review of his own in the comments section:

of KC ( the ACTUAL CITY / DOWNTOWN). Perhaps those abroad will

recognize KC. Also, it showed before footage of KC in it’s heyday and

then to its blighted condition.

ghosttown – essential for preventing it to happen in the future! It,

for the most part, just say’s people left the city…

This brings me to the UGLY: The Documentary damn near completely

to be revitalized: R-A-C-I-S-M. Something this town has been ignorance

NOW Gentrification. Now, don’t get me wrong the gentry are more than

this city turns into an inverted donut, where the poor/working class

gets pushed to the burbs, that’d be an ugly situation.

This city spends too much on infrastructure, simply because we’ve

spread out. We have enough geography for three Kansas Cities. We need

smart growth and an anti-node mindset. We need people in city hall who

The failure with Power & Light is that there was no housing

attached to the project! That’s a no no. Almost every major Development

project in Johnson County is developing mixed-use areas with HOUSING.

I am glad, however, that things are turning inward. We’re at a time

with the burbs have to compete with the “URBAN”. Urban is becoming cool

– simply because we want walkability and diversity. The new development

this. But unfortunately, they’ll have to do a lot more — essentially

rebuild its city to be truly urbane.

Bottom line, this documentary was very VERY cute and endearing. They

world country. We as a diverse city, must stand up and mold these guys

into properly representing where we stand and where we WANT to stand.