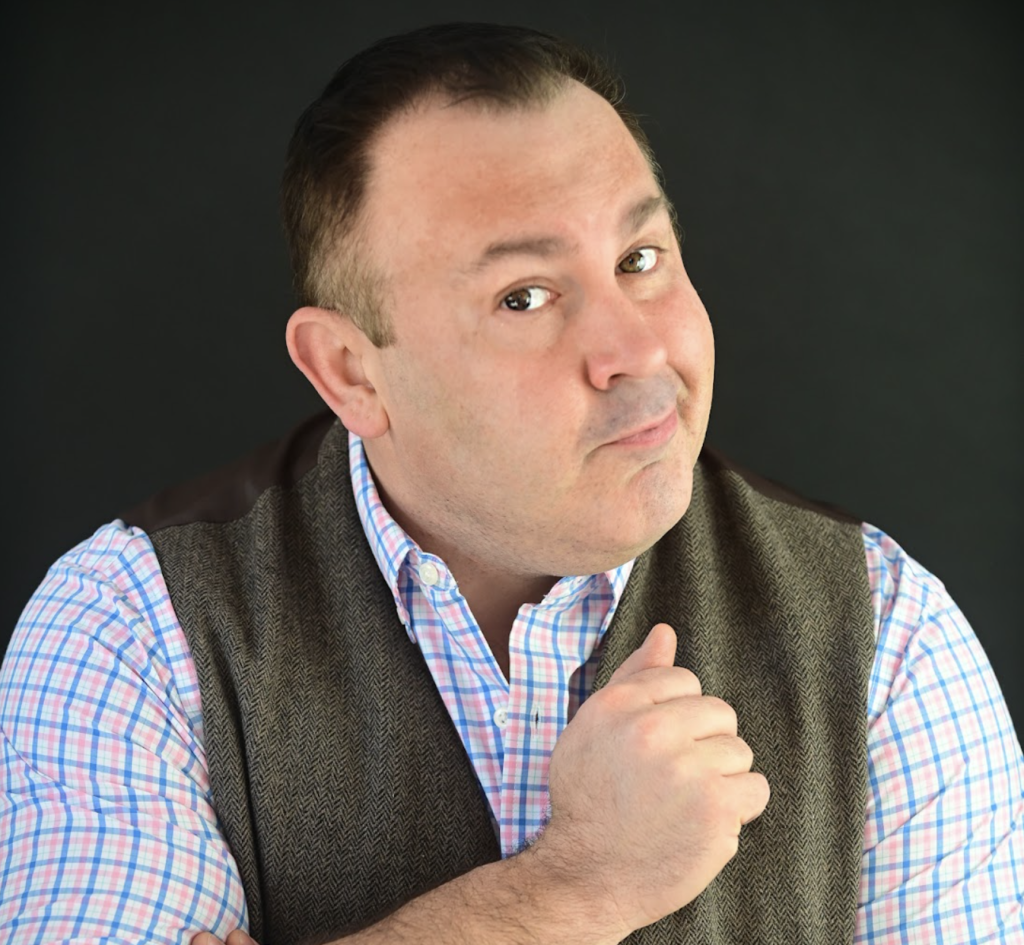 Jamie Campbell has been in comedy for over 15 years. He began as a comic who was often fueled by anger and anxiety (and would sometimes even heckle viewers). He now wants people to watch his shows and find a little more happiness than they had before walking in.

Today, Campbell works to make sure his sets are never punching down but instead bring light to the absurdities of life and leave the audience with more positivity than existential dread. With his latest show, he is tackling a topic he has yet to cover; fatherhood.

How many children does Campbell have? Well, none. But in his defense, he is a comedy dad. We sat down to talk about his years in comedy, coming to terms with expectations about his future, and how he found the inspiration for his latest special, Big Dad Energy, which will be live at the upcoming KC Fringe Festival July 22-30.

The Pitch: Starting off, what has your background in comedy been like and how would you describe your material?

Jamie Campbell: My background really started when I was a graduate student in theater and dropped out to move to Chicago about 15 years ago. I was accepted into a full-time comedy training program at the Second City. The history of that place is phenomenal, so many of my own comedy heroes have walked those halls. I couldn’t say no to that. The plan was to come back and finish my masters degree after, but I fell in love with comedy.

As for my own style, I think it’s absolutely changed over the years. I think it has to. When I started doing comedy I was aggressive and edgy, and there was a lot of mental health stuff that I had not dealt with. In that way, comedy kind of became therapy for me. It was a chance to act out in public. Now my comedy is all about joy. I want every audience member that comes into a show to walk out feeling better about themselves and hopefully feeling a little bit lighter when they walk out.

A lot about comedians are worried about telling certain jokes or talking about certain topics in the current climate. What is your take on the current “state of comedy?”

I think kindness is becoming radical, and the older generations aren’t used to that. So much of what comedy used to be was mean-spirited. It used to be, “Hey, let’s grab this group, and let’s talk trash about them and make them feel marginalized.” Since most of us in the room aren’t that group we can all laugh about it and high-five.

I don’t want the work—the art that I do, because comedy is an art—I don’t want that to be something that drags people down. I think we as comedians have a responsibility to not ignore new things that we didn’t know.

Moving into your upcoming show, how did you come up with the inspiration for Big Dad Energy?

As we were talking we were about nine days out from my wedding. We didn’t meet each other until we were almost 40, and this is our first marriage. When you fall in love with somebody at that age, you almost immediately need to decide, “Hey, are we having kids or what?” Time is ticking, and we realized that we aren’t really in a place right now where kids make sense to us.

There’s a little bit of a mourning period when you realize that, because there are a lot of things you thought would be a part of your life—mending the kid’s booboo and looking out at their dance recital saying, “That was great,” even though you know it wasn’t.

When I realized I might not have that, I started talking about it on stage and realized this was something that I had a lot to say about. Not only what it’s like going through that, but also recognizing that it’s so much harder for women going through that. All that I’m talking about is how I don’t get to have a “legacy,” which is really something we made up anyway. But for my fianceé Jessica, when she started telling people she might not have kids, people started acting like it’s a crime against nature.

It’s funny because every single time I go get my haircut they always ask, “Oh, do you have kids?” Something about this age makes people think that they will connect. I’m awesome with kids, and people will see that and say, “Oh, Jamie you would be a great dad.”

But for me, I feel like it’s a lot of pressure. I always have to explain to people that until a few years ago, I rode a bicycle and was two steps away from houselessness. I don’t know if I’m the responsible person you think I am just because I have a tucked in Polo shirt.

Part of your upcoming show suggests that you are impressed with the younger generation. Do you think younger folks often get a bad reputation?

Absolutely. This happens a lot at my shows where I ask the audience to clap for the younger generations, and I have had people boo, and I can’t believe it.

There are always going to be cultural things that the younger generation doesn’t get and aren’t supposed to. Older generations didn’t get it when they were young. But the things that are really happening right now with Generation Z and millennials—I am so impressed.

This younger generation is going to leave the world better than they left it. They are working to dismantle systemic oppression of all kinds. That’s amazing. My generation couldn’t even dismantle Limp Bizkit.

What can people expect from Big Dad Energy?

Part of it is advice, but then part of it is hearing me go through the spiel of why I don’t think I would be a good dad. I’m going to talk about who I’ve become and who I used to be. You know, I used to party. I did acid at Disney World when I was younger. I’m going through all the things that I get to do because I don’t have kids.

I’ve even got a few moments where I will literally tell members of the audience that I’m proud of them, so it kind of feels like I’m their dad. I’m really just going to talk about who I am and what I get to do.