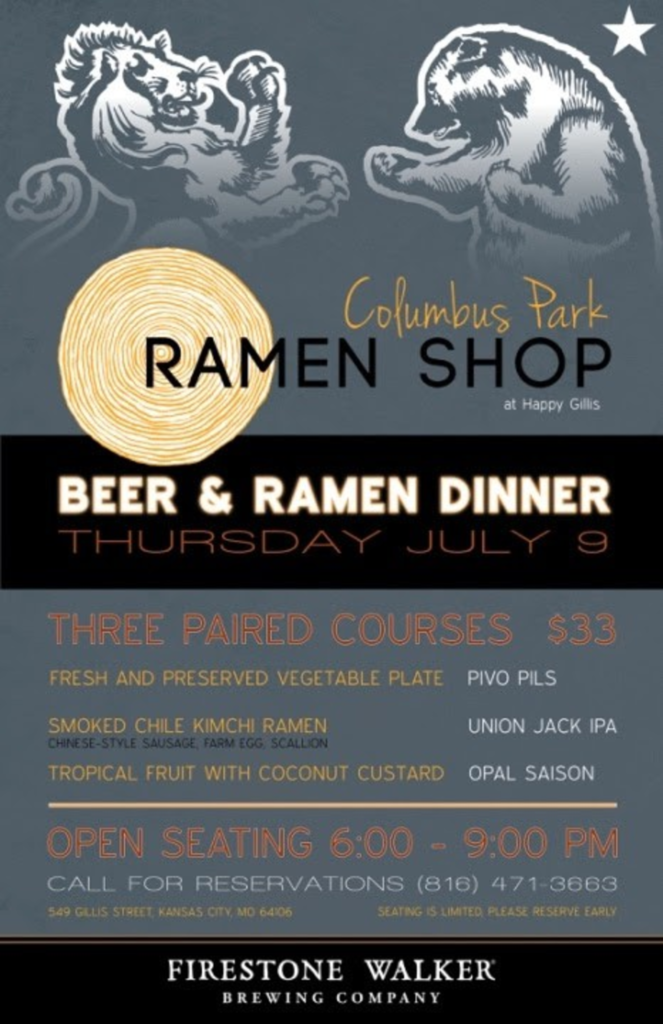 The walls are finally being erected inside the former garage structure behind Happy Gillis Café & Hangout, at 549 Gillis in Columbus Park.

The new restaurant envisioned by Josh and Abbey-Jo Eans, Columbus Park Ramen Shop, is getting closer to an early autumn opening date.

As a “practice run” for Columbus Park Ramen Shop, the couple have once again announced a pop-up dinner at Happy Gillis. This one, from 6 to 9 p.m. next Thursday, July 9, features three courses for $33 (plus tax and gratuity) with Firestone Walker beer pairings. There will be multiple seatings, all by reservation only.

Eans plans a menu that will be different from the pop-up dinners he has mounted so far, including “a ramen dish in a clear-broth base flavored with our house-made smoked chili kimchi, Chinese-style sausage and a soft-boiled egg,” he says. “We’re still experimenting with our dessert for that night. Our idea is to serve fresh tropical fruits with either a coconut custard or coconut cream.”

Eans says the response he’s getting from customers, since announcing the dinner earlier this week, encourages him to think that the event will sell out quickly.