Coheed and Cambria transport Uptown’s audience to another dimension

Claudio Sanchez conscripts our writer into an emotional war between worlds. 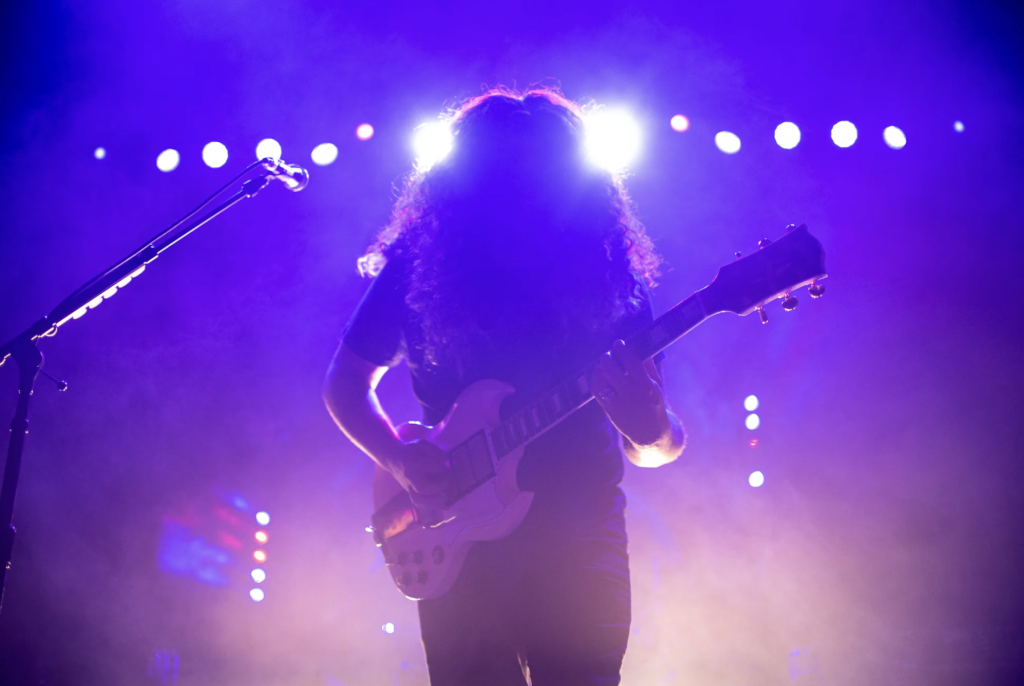 There he was—Claudio Sanchez—this man whose voice and music I’ve listened to since I was essentially a child. It was surreal holding it all in front of me—flesh and blood.

Coheed and Cambria are consummate professionals. Dialed-in performers. As the fog rolled across the stage, they played the slow opening strains of their first song, “In Keeping Secrets of Silent Earth 3.”

They looked in control and at ease. The song broke open, and exuberant energy was unleashed.

If you aren’t familiar with Coheed and Cambria, they have been making their unique blend of music—prog-rock with metal, power pop, and post-hardcore, all rolled together into a sci-fi world—for twenty years now. They performed at the Uptown Theater Tuesday night in front of a crowd with plenty of visible Coheed tattoos in the mix.

Claudio Sanchez is the architect behind the band’s sci-fi universe of the Armory Wars and the iconic voice leading it all.

When someone is so accomplished, adored, and has been the soundtrack to so many moments in your life for so many years, it’s easy to forget they are just a person. There was his body—just a man—glowing in the lights with his glorious mane of hair.

I saw him concentrating and wiping his sweaty hands on his jeans. I saw that he is just like the rest of us. I could imagine how he might feel in those moments, facing his joys, dreams, and insecurities.

He was sometimes very still at the microphone, even while he sang and his fingers sprinted along the neck of his guitar. He’d flip his hair back, kick back from where he stood, and hop around the stage each time he caught a break.

Josh Eppard played the drums with his mouth wide open, grinning and tongue-wagging out. His arms and knees bounced, ceaseless but never tired and always accurate.

Bassist Zach Cooper popped in on occasional backup vocals, mouthing the words even when he wasn’t on the mic.

Their performance, though grandiose, felt honest and humble. “We have worked hard on this. We love it and we believe in it,” the band says.

The crowd mirrored the energy on stage, singing every word, and embracing newer singles. Even a security guard mouthed “A Favor House Atlantic” under his mask.

The band honored the recent twentieth anniversary of their first record, Second Stage Turbine Blade, by playing three tracks from the album. I first fell in love with Coheed and that album back in high school in the early aughts.

The songs immediately yank me back to volatile teenage days when the dynamics of the album felt like a revelation. As they kicked into “Junesong Provision,” my hand landed on my chest and tears welled up.

I drummed my fingers against my chest and stomach—a grounding I learned in yoga class—to express and embody the tenderness I felt while releasing and circulating my energy. I rocked on my feet, I nodded my head, and I thrust my hands into the air.

I moved without thought.

There was communion at the Uptown. I opened my mouth and instead heard Claudio’s voice coming out. 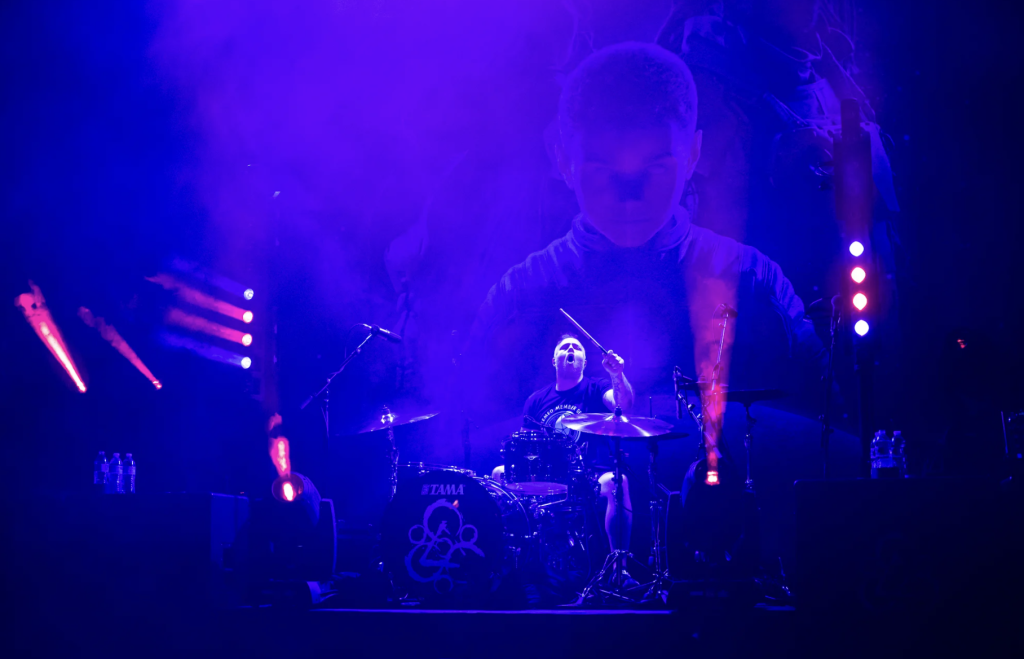 These songs transcend time. Was this a sacred experience? Maybe. Did it make me want to drop down on my knees in awe and praise? Maybe.

These people on stage dreamed shit up, and now they have thousands of people jumping around, bursting with emotion every night. I revel in their boldness of it—the weirdness.

They have bouncy pop anthems, like their newest single “The Liars Club,” but they also have screaming metal, acoustic ballads, progressive structures, and it’s all set in a science-fiction world.

During “Devil in Jersey City,” I noticed Claudio tracking something happening up front, and he notified security before ultimately stopping in the middle of the song. The band asked everyone to be patient while an audience member received medical assistance. “We just want to make sure everyone stays safe,” says guitarist Travis Stever.

The atmosphere was one of utmost respect. It felt classy and honorable. The band paid attention to their fans, and they gave a shit.

After an energetic series of songs, they brought it down with the melodic softness of “The Afterman.”

They wrapped up their main set with “The Willing Well IV: The Final Cut,” a moody blues-influenced jam graced with solos for a full 10 minutes. Ending the set with this epic track felt like a gift of presence. They’d already been on stage for over 90 minutes, but they weren’t rushing.

Coheed and Cambria’s tenth studio album, Vaxis II: A Window of the Waking Mind, will be released on May 27th.