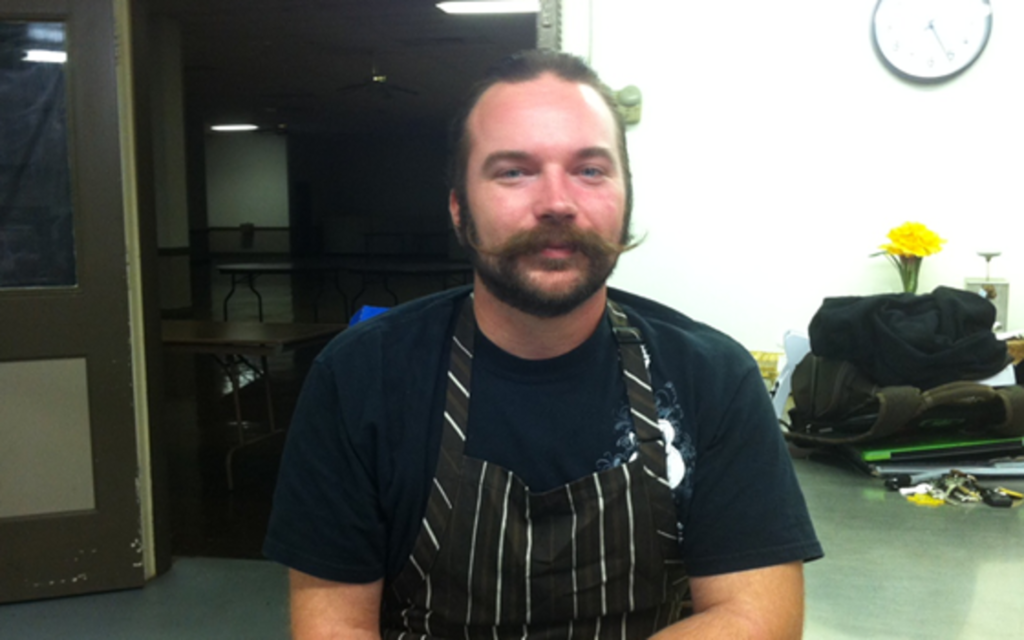 “He wanted a piece of meat, so I gave him a whole chicken,” Cody James Wyatt says. “The next thing I knew, Ted Nugent was inviting me to have lunch at his table.”

“I grew up backstage at concerts,” Wyatt says. “I played with David Crosby’s kids and stuff. I love music and I love food, and I guess that’s where it all started.”

Wyatt’s father, Dennis Wayne Wyatt, was a chef at Sandstone before moving his family to Wichita, where he opened Panama Red’s Café and Roadhouse. Six nights a week, Panama Red’s featured live music, with such touring acts as Ween, No Doubt and Reel Big Fish. And they all ate his father’s “Catfish Pie,” a mash-up of the fish and jalapeño hush puppies.

“He taught me how to cook,” Wyatt says of his father, who now manages Wichita Public Schools’ kitchens. “He still is teaching me.”

When he reached 18, Wyatt wanted out of Wichita. So he enrolled in the Art Institute of Colorado, in Denver. In the Mile High City, he spent 10 hours a day at school and then another eight working a line.

“I had a culinary instructor who told me all you need is six hours of sleep,” Wyatt says. “I guess that’s the format I started to live my life by: Sleep six hours and get as much done as I can while I’m awake.”

Wyatt graduated in 2007 and helped launch a series of restaurants in unconventional spaces: Islamorada Fish Co. in Bass Pro Shops, and Mesa Verde, a Tex-Mex fusion restaurant on the concourse of Denver International Airport.

In 2008, Wyatt returned to the Kansas City area and started working for Reves Catering (as his father had years before). In high school, Wyatt had spent summers working as a dishwasher for the company, saving money to fix up a Volkswagen Beetle that he’d been restoring since he was 16 years old.

Deb and Larry Reves had owned the catering business for 30 years and had regularly cooked for touring acts passing through KC. Wyatt’s first road gig came in 2008 as executive chef for the Trans-Siberian Orchestra.

“You just have to pretend you’re on a desert island when you’re on tour,” Wyatt says. “I’ve cooked on an inch of ice, washed dishes in bathrooms and been in the middle of a 200-acre field. You just think, What can I do to make this happen? And always be prepared for the worst circumstances.”

His stints in unusual kitchens made him a natural fit for Kansas City Southern Railway Co., where he has spent the last four years cooking in a galley aboard the company’s business train.

“It only gets tough when you’re out there for a week,” Wyatt says. “You have to buy everything ahead of time and make sure it doesn’t spoil, that it’s all prepared.”

Wyatt met Jeff Berges on the railroad. Berges, a former chef at the Majestic Steakhouse, had been cooking for the railroad for the last decade. In July 2012, Wyatt and Berges bought the Reves’ catering business and launched Cool Guy Foods.

Fat City met Wyatt at his midtown commissary to learn more about cooking on tour.

The Pitch: What are you culinary inspirations?

Wyatt: Every once in a while, I’ll sit down and flip through cookbooks. You think of old stuff and new stuff at the same time and different flavors that you can make your own. You eat somewhere and think, I could do this with that and put a twist on it. After a few years, different recipes start to rewire themselves in your brain. 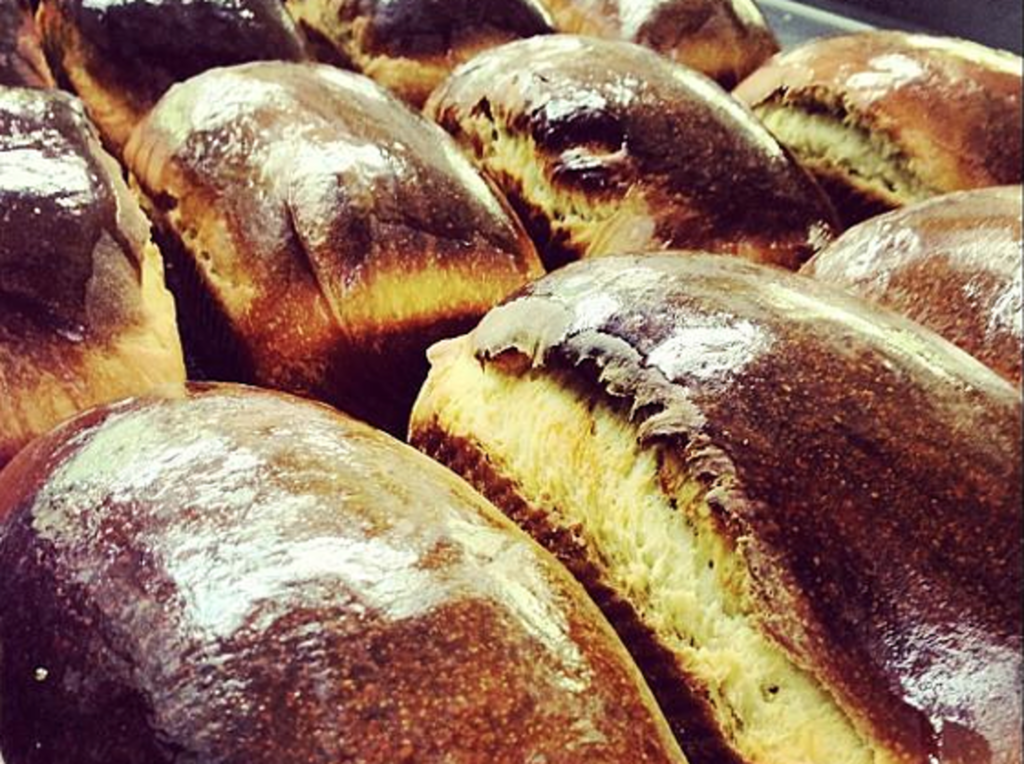 What are you experimenting with? A couple of months ago, I started making Grandma’s bread. She has a 50-year-old sourdough starter. I bake it every 10 days. It’s a baby – you’ve got to feed it every five days and stir it every day.

Everybody loves it. Every time I get fed up with it, people come up to me and say, “This is the best bread I’ve ever had,” and that inspires me to get back at it. It costs me $15 to make one loaf of bread, but I don’t care because it’s about how it makes people feel. That’s what makes the difference. It’s the artisan way: long process and long hours.

What’s one food you love? I could eat escargot all day and Go Chicken Go gizzards with G-Sauce. All those bits and pieces that Andrew Zimmern is always talking about – the marrow in oxtail, cartilage. The fat is where the flavor is at. You let that fat cook down into a little bit of something, something, and it’s a party in your mouth.

What’s the best barbecue in town and what are you ordering? Oklahoma Joe’s. That’s the closest to what I cook. I usually get brisket and ribs and a water. I don’t like their sides that much.

How do you shop on the road? I ask the show runner what’s a good place. And just from being on the road, I kind of know the places to go. You’ve got Pike’s Place in Seattle and the city markets in Dallas. And when you’re in Biloxi, Mississippi, you go to the shrimp boats. You ask the locals and you walk around, you see something good. Sometimes I buy things and then lay them all out on the table and try and figure out what to make. 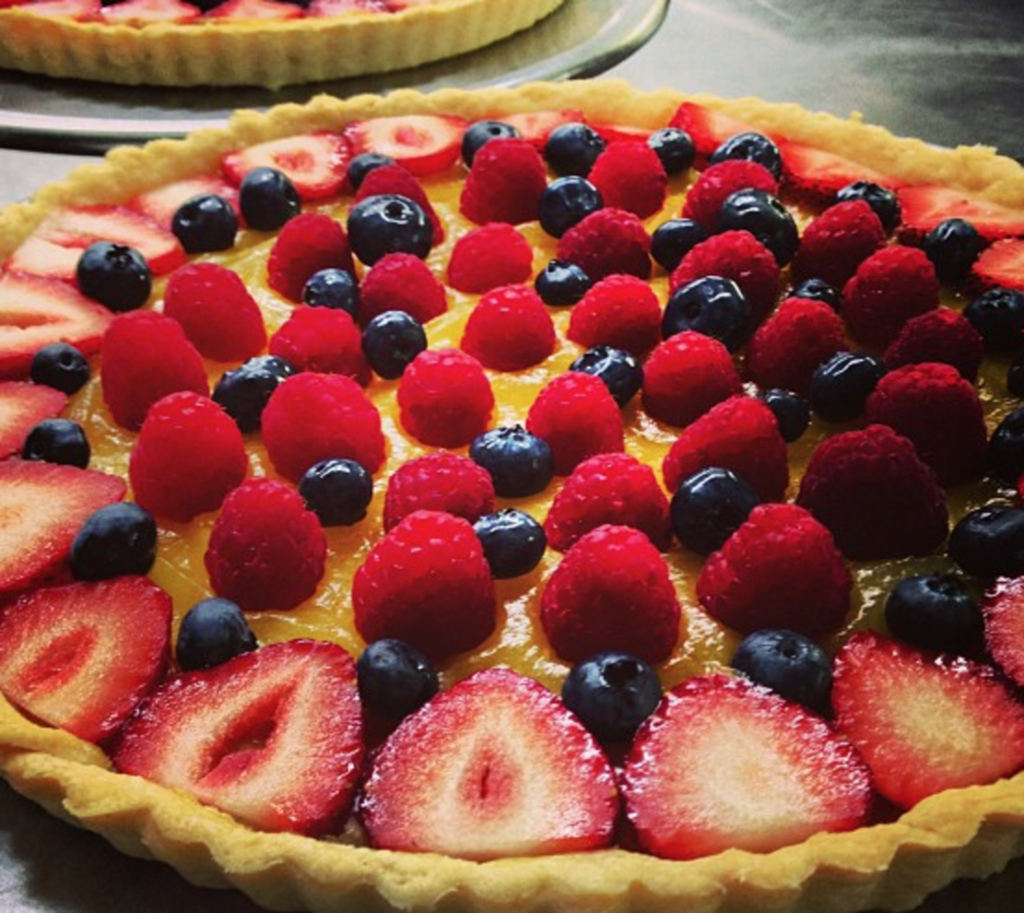 Let’s pair some music and food. What would you make for a classic-rock group? How about Van Halen? They’re starting to eat healthier. Their bodies are getting old. Let’s say it’s summer. For lunch, I’d give them an Aleppo-pepper chicken taco and for vegetarians a lentilada, a vegetarian enchilada with quinoa and lentils. Maybe a chicken-enchilada soup, Santa Fe corn and steamed broccoli, and I’d go with churros and flan for dessert. For dinner, I’d do red snapper with a tomato-balsamic relish and a strip steak Florentine with a port-wine reduction. Some herb-roasted potatoes and sautéed green beans, a café-mocha tart, and a strawberry blue [blueberries] and angel food, too, for dessert.

Country? It might be a low-budget tour. Hamburgers and hot dogs, chili, and mac and cheese for lunch. Dinner would be Deb’s meatloaf. It’s made with onions and green peppers, and the sauce is ketchup, brown sugar. Then you write “happy” with mustard in it. And lemon-chicken Dijon, stewed green beans with bacon and potatoes, and cobbler desserts.

Alt rock? They want all organic, things cooked clean and crisp. For lunch, I’d do grilled assorted sausages and a grilled chicken sandwich with honey-basil mayo. For dinner, I’d do pistachio-encrusted salmon with cilantro-lime chutney, a boeuf bourguignon, roasted root vegetables and a salad bar.

Is there a dream gig for you? I don’t get starstruck, I guess because I grew up in the business. But I’ve always got those few gigs that I never got to see. I’ve pretty much closed that [list] up these past few years. I cooked for Phish. They were one of the ones I was waiting for, and I just did the Eagles, Eric Clapton and Billy Joel. I’ve still never done a Rage Against the Machine show.

What’s been the best moment in the kitchen for you? Lil Wayne came back and asked who cooked the greens. My dad was like, “I did.” And he said, “They were better than my mama’s.” That was awesome. That makes me feel good when someone comes back, and they love your food so much and they chat you up. When you’re on tour, you don’t have a home; you have a tour bus. Our job is to make them feel at home.