Coca-Cola and Pepsi are no longer content to feud quietly 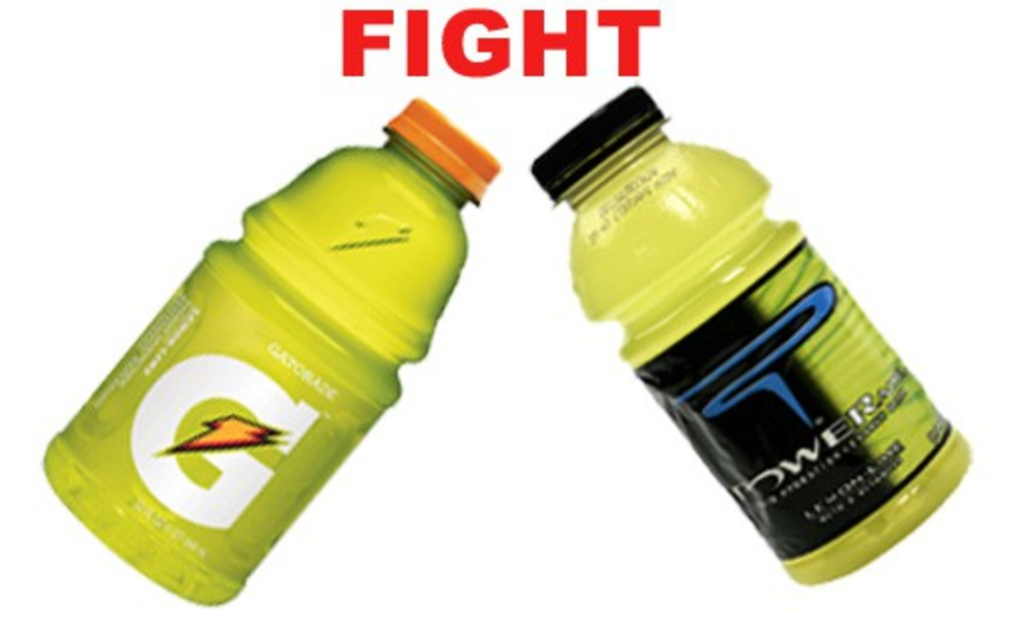 While it may not be Hatfield vs. McCoy, Coca-Cola and Pepsi-Cola have enough bad blood between them to fill a Wikipedia page and even cause skirmishes among drivers. The rivalry may have flattened a little since its Pepsi challenge/New Coke days, but things got heated again last Friday in court.

sports drink. Billboard ads showed a Powerade bottle looming over a Gatorade bottle lopped in half, while the tag “the complete sports drink” implied that the Powerade contained vitamins the Gatorade drink did not have.

Pepsi, which owns Gatorade, thought this unfair. And even though the billboards were taken down months ago, it decided to sue. The hearing then turned into a legal brawl.