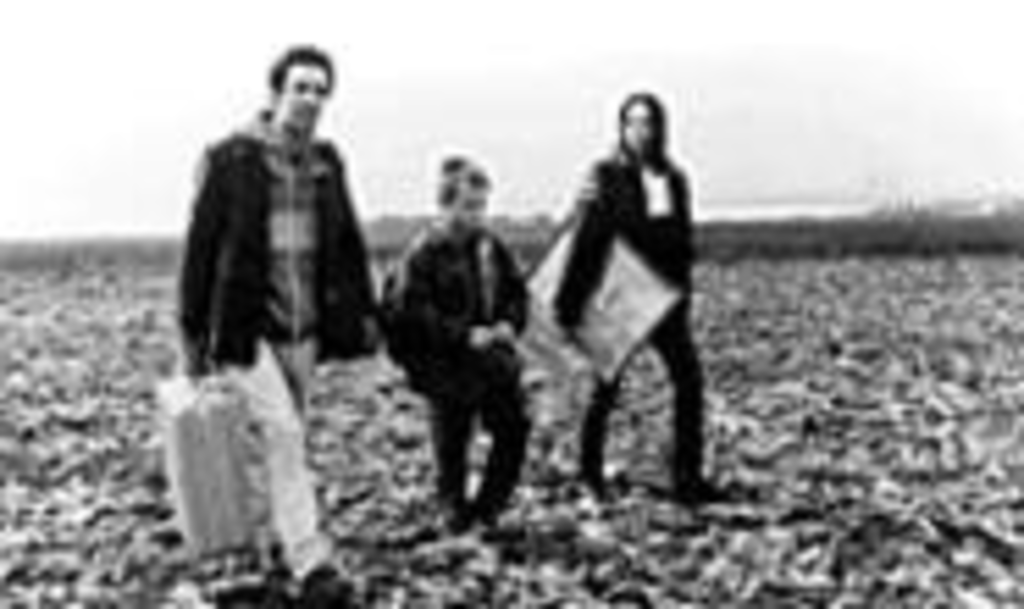 Commencing with titles none-too-subtly placed over the bosom of a troubled young mother (Russian actress Dina Korzun) and wending its swift way through the generous advances of a lovable lout (Paddy Considine, the one-man goon squad of A Room for Romeo Brass), Last Resort is a film obsessed with nurturing. While the project is set primarily in a disturbing refugee camp, don’t expect the familiar vibe established by Alan Parker (Midnight Express, Come See the Paradise). Rather than reveling in claustrophobia and pointless misery, Polish writer-director Pawel Pawlikowski employs his significantly milder environment to wring deeper feeling from his love story, which is by turns sensuous, charming and uniquely moving.

Korzun plays Tanya, a naive illustrator of children’s books whose arrival in the U.K. with her ten-year-old son, Artiom (Artiom Strelnikov), falters in the immigration queue and sends them both spiraling into captivity. Unattended by her flaky British “fiancé,” Tanya finds herself and her charge rudely dumped at Stonehaven, a gray, floundering resort town where the English government detains refugees — a status Tanya falsely claims in order to discover what happened to her man. Quickly tiring of incarceration, mother and son try to hit the road to London, only to be cast back among the huddled masses and snarling guard dogs, where the pair’s struggle against months of bureaucratic nonsense begins in earnest.

While it sounds facile and tedious to explain that Tanya is then forced into a designated holding area, that her son meanders among the sometimes violent locals and that love is pitted against seemingly insurmountable obstacles, the film’s richness of insight moves it beyond the constraints of such obvious devices. Pawlikowski — who has made his mark with such documentaries as Lucifer Over Lancashire and Tripping With Zhitinovsky — shows a deft hand for direction, alternating between stark, angular environments and twitchy, handheld work, here in service of a fictional but exceedingly humane tale.

This sense of hard humanity is given a shot in the arm by the presence of Considine, whose punchy debut in the recent Romeo Brass has generated a strong buzz on the film festival circuit. Once Pawlikowski reveals a banner ironically proclaiming “Dreamland welcomes you” and the irritable, weary faces of those who aren’t quite buying that line, Considine’s Alfie greets Tanya’s love addiction with wit and grit. What starts off as an introductory course in telephone-card usage quickly but plausibly escalates into a love affair based — as most are — upon personal insufficiencies, blind hope, relative height and the tiniest glimmer of a future. Alfie may make his humble living in a coin arcade, but he’s really a crude knight in tarnished armor, exactly what the wispy Tanya needs.

Although, from all the love-mad single mothers featured in narrative film these days, one would expect her affliction to be as boring as it is common, Korzun (a celebrated actress in Russia) spins the familiar in dramatic and unexpected directions. As the “refugee by accident” fights to maintain her integrity and open her heart, it’s a pleasure to witness the actress’ spectrum extend beyond the limits of wide-eyed disbelief and scarcely concealed bitterness. Tanya’s relationship with Alfie feels palpable precisely because she can’t fully embrace the environment they share.

“In Britain, friendly people start conversation by talking about the weather,” Artiom recites from a guidebook, near the beginning of the film, but the magic Pawlikowski works here is in the dispelling of artificial pleasantries. Instead, he teases us with documentaries of dolphins feeling each other up, viewed in a tenement corrupted by tacky tropical wallpaper. The man has a great eye for homely detail, in both his sets and his characters’ motivations. It also doesn’t hurt that both his leads ooze charisma; when rubbing herself with a teddy bear turns to tears for Tanya, just as Alfie is playing Spider-Man to entertain her son, we glimpse two bold worlds merging to stave off a horrible sadness.

Last Resort is a humble, unassuming project, but a lovely balm for a marketplace inundated with important (read: bombastic) works. It’s even more impressive when one discovers that it was shot not from a proper script but from a simple outline, intuitively interpreted. Pawlikowski’s aim is true, and here he takes us into an in-between world where — those with a poet’s heart may understand — every day is like Sunday.