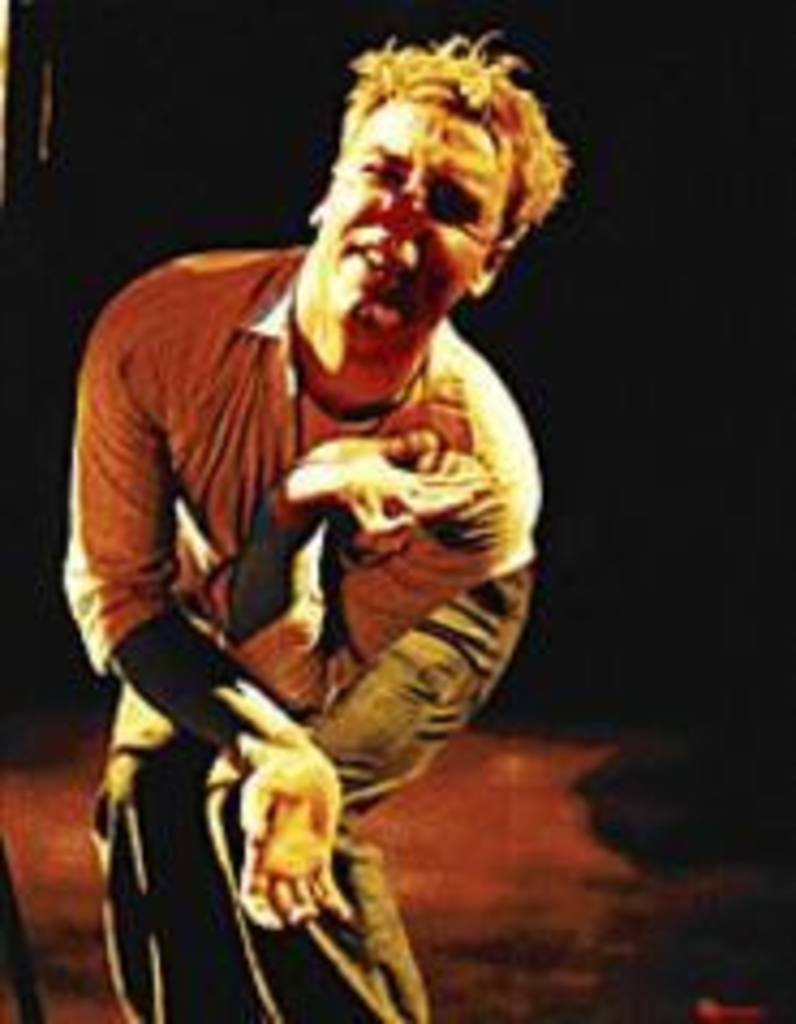 If clowns are merely kid stuff, why do grown-ups get such a kick out of watching them?

The John Brown Theatre, a troupe of New York-based clowns with Kansas City roots (two went to high school here; the other two attended the University of Kansas in Lawrence), exemplify how an ancient theatrical art form is donning hip new clothes this weekend at Westport Coffee House. The four members, who have no qualms calling themselves “actors” yet “don’t want to label” what they do, are Eric Davis, Alex Kipp, Nick Jumara and Linsey Lindberg.

Davis says the group’s show, Live! From Space, brings to the stage a kaleidoscope of hits and misses from troupe members’ performance and training experiences, which range from stints at the esteemed Ecole International de Theatre Jacques Lecoq in Paris and at KU’s theater department to gigs as walking bits of history at Science City. “Mostly I’d say we’re physical theater,” he says, “but what’s taken off for us and brought us the most praise is the clowning.”

As evidenced in a new coffee-table book of clown paintings edited by Diane Keaton, clowns possess an element of outrageousness — or creepiness — that divides people into two camps: those who pull up a seat and those who run for cover. Davis sees the troupe’s style as a melange of clowning and burlesque, its members sometimes using masks to “explore the clown’s relationship to other clowns, to the audience, to objects and to itself.” And he admits that, in addition to being funny, shows have been “stunning, terrible and, of course, surprising.”

On the painted face of it, Live! From Space is a science-fiction tale “about four naive, innocent people who’ve gotten onto a spaceship headed toward the center of the sun,” Davis says. “They get distracted [because] they take great joy in the fact that there’s an audience there. They get mad at each other — like best friends do — but there’s a great deal of levity. It’s in pursuit of a good time.”

Davis says the show’s unpredictability adds tension, reducing the significance of the clowns-in-space plot. “People who’ve seen it can’t tell where it’s improvised and where it’s not — there’s that kind of freedom in it. We’ve called the style ‘truth and treatment,’ the truth being the plan. But at any moment it comes down to how you treat that plan.”

Davis learned as much when he performed a piece about selling Scotch tape. “I looked out and saw very bored people,” he recalls. “All of a sudden I said, ‘This is boring, isn’t it?’ and the whole crowd came alive and said,’Yeah.'” Rather than hurrying offstage, though, Davis turned the reaction into part of the show. “I decided to bore the audience to death. The piece went that way, and the audience began to codrive it.”

Davis describes moments like that as “personal, crush-your-ego flops.” But he says that’s part of the John Brown Theatre’s mission. “It’s about putting yourself out there and being ridiculous.”