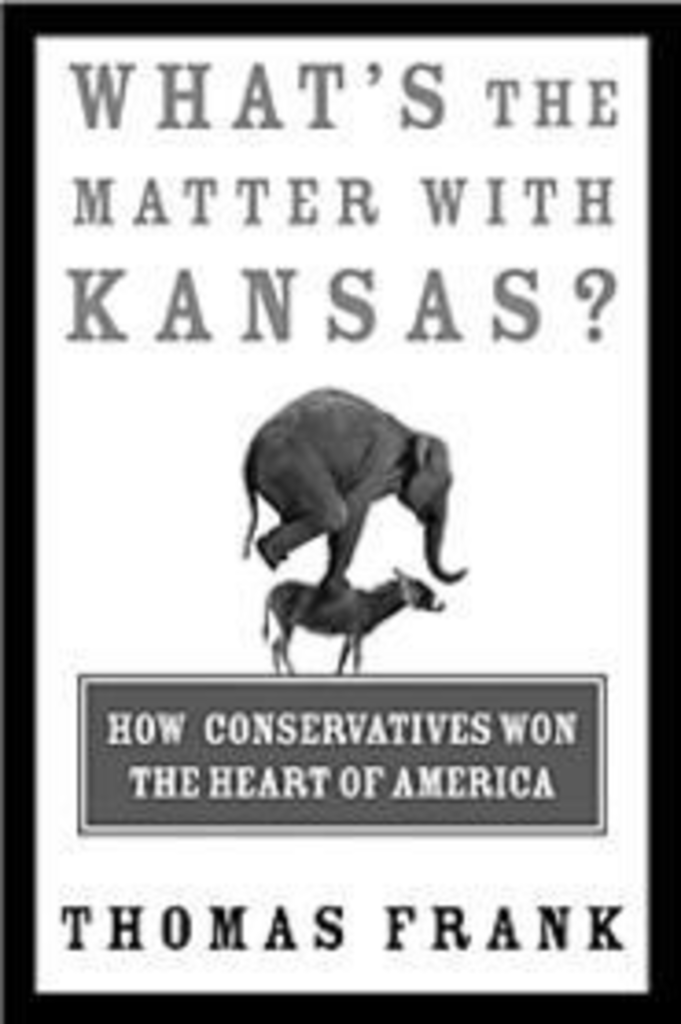 This explains a lot: The desk at which Thomas Frank wrote What’s the Matter With Kansas? sits beneath a map of Johnson County and a print of John Stuart Curry’s mural of madman John Brown. Frank is no gun-toting lunatic, but he shares with Brown an understanding that place is well worth fighting for. Also, both have the smarts to exploit our willingness to let Kansas — that vision-filled flatland most dismiss as a penance endured en route to Colorado — stand for America itself. Whatever’s the matter with Kansas, he’ll convince you, is likely what ails the country.

“Conservatives have convinced people to vote against their own economic interest,” Frank argues. He cites the state’s financial devastation; its dying towns; its pork plants and their countywide stinks; its battered-spouse thralldom to companies such as Sprint and Boeing, which continually threaten to abandon it; and — most important — its zeal to re-elect the Republicans whose stewardship has wrought its troubles.

Economics, he claims, have somehow become apolitical. “Before World War II, any cultural document — be it novel, movie, or play — dealt with class conflict,” Frank says. “After the war, that’s not so. Class conflict is still with us, but it’s not about labor unions or eight-hour workdays.” And it’s not coming from the left, either. “Today, Kansas conservatives use the language of class to denounce Mission Hills” — a Bush-loving suburb, to be sure, but also home to the state’s more moderate Republicans — “on social issues like abortion or evolution for God’s sake.”

In short: Republicans have channeled outrage away from the deregulating bastards actively destroying the middle class, directing it instead toward a mythic liberal establishment that hates spanking, Jesus and Big Macs. Considering the right can just barely plan the invasion of weaponless countries, it must be asked: How’d they pull that off?

“If you answer that,” Frank says, “you get the big prize.”

Frank hails from KC and has frequently turned to it as a subject. In The Baffler, the acerbic journal he founded in 1988, he has taken aim at the Plaza and Johnson County. But so far, he’s heard little complaint from Free Staters, not even at his recent twenty-year Shawnee Mission East reunion.

“What interested me was how a huge percentage of my class had moved away,” he says. “Right now, Kansas is a net exporter of people.”

That includes Frank, who lives in Washington, D.C. But he’ll be barnstorming here this week, promoting his book. It’s rigorous and thoughtful. Its conclusions withstand scrutiny. It recognizes that today’s problems started long before the anointment of Bush II. And its advice to beleaguered Democrats is sound: Don’t be afraid to talk money. “Their broad strategy has been to move to the right when the Republicans move to the right,” Frank says with a sigh. “Instead, they ought to resurrect that class anger, wage noncoded class war and win angry voters out in Olathe and Wichita.”

That might sound crazy, but things change. How nice would it be if the transgressions of Brownback finally lured the spirit of Brown back?