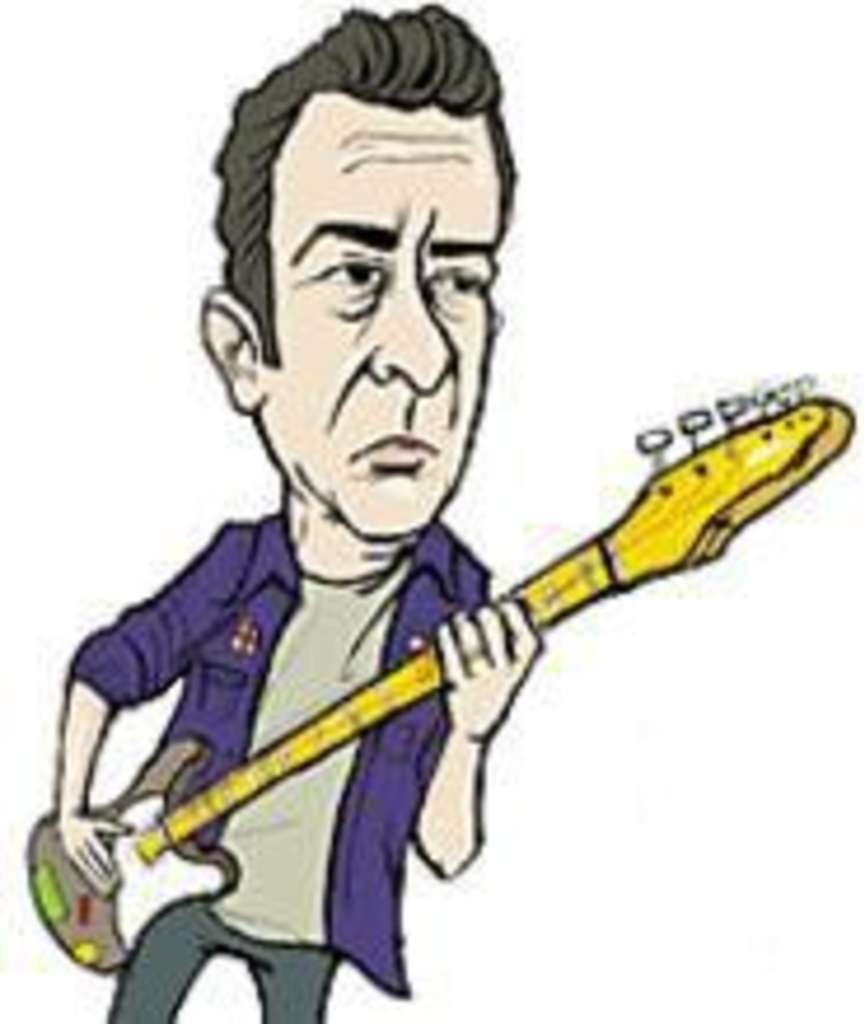 During a recent spoken-word performance, Henry Rollins eulogized a number of musicians who died in 2002, including Joe Strummer. Ever outspoken, Rollins took issue with U2 frontman Bono, who, he said, is always called upon for a pompous summation in these circumstances and who never fails to insert his own interests into the equation. “Without the Clash, there would be no U2,” Rollins mocked with characteristic bile.

Without the Clash, there would be no Henry Rollins, either, but his point is well-taken. Following Strummer’s untimely December demise, musicians and rock pundits around the globe stepped up to the pulpit to deliver flowery eulogies by the sound bite.

It’s tempting to bestow dead legends with a holier-than-thou aura, burdening even their minor work with unnecessary weight and depth. Strummer wrote tons of great music, but he had no idea that he was living on borrowed time — he offered no grand summations, no what-did-it-all-mean soliloquies and few nostalgic glances in the rearview mirror of his career. (Strummer reportedly bristled at the thought of reuniting for the Clash’s 2003 induction into the Rock and Roll Hall of Fame.) Fortunately, there were also no telltale signs that the end was near: no overdoses in Rome, no songs forecasting death around the corner, no shootouts in hotel lobbies. This was a man who still had the passion and good humor that made him so well-liked. But the political demons of his youth had been exorcised by the birth of his daughters, and fatherhood had become Strummer’s primary passion in what turned out to be his final years.

“I think it has to be,” he said during an interview before a Lawrence appearance on the promotional tour for his 2001 album, Global a Go-Go. “That’s the biggest change you can throw down in your life, I reckon — as soon as you’re looking at a kid. Because suddenly the kid’s more important than you are, and you’ve got to look after this being, this human being. And you realize somebody did it for you. So I think that really has to change everything in your head and your life and your music and everything. You can think a bit more deeply when you’re thinking about the generations who will inherit the world.”

Becoming a dad, however, didn’t turn Strummer into a Lennon-like hermit. Having put together an energetic new band, the Mescaleros, and having completed a pair of critically acclaimed efforts, Strummer was still having fun and making music that mattered to him.

“We’re a force to be reckoned with,” he said, laughing. “Because we could’ve broken up into a shambles after doing a U.S. tour [in 2000]. It could have gone pear-shaped. New groups are very volatile. It’s like handling nitroglycerin. Musicians are sort of moody tossers, and that makes things interesting.”

Granted, modern radio couldn’t have cared less, preferring endless rotations of Strummer’s sons — Green Day, Blink-182, Rancid and the like. Rather than retreating, Strummer looked for new ways to get his music to the masses. To promote Global, he and the Mescaleros took to the road for a “guerrilla-style” tour of record stores, setting up midday and sandblasting lunchgoing audiences.

“It’s been much more fun than I really imagined,” he mused. “It’s refreshing. Instead of playing in a dark club with lights, you’re playing in broad daylight under bowling-alley lighting in the middle of the afternoon. Everything is different about it, but it’s been real fun. You can see everybody’s face, for example, things like that. And we’ve had people showing up; we had a signing in Toronto that went until 1:30 in the morning.”

Strummer had equally fond memories of the Clash’s first U.S. tour in 1979.

“It was great,” he recalled. “We came in and decided to open with ‘I’m So Bored of the U.S.A.’ At the first show, everybody went ‘Yeah!’ And we just kind of connected with the American gig-going people.”

By the time the Clash arrived in America, it was already a formidable live act, having paid its dues in European holes-in-the-wall for some time. Those seminal gigs provided a training ground for the burgeoning band, which still hadn’t learned to tame its offstage energy under the spotlights.

“I think the worst gig was at Middlesbrough Rock Garden, which is a town up in the north of England not known for its beauty,” Strummer said with a laugh. “We were just starting out, and we hadn’t yet figured that it wasn’t a good idea to be completely drunk. So here’s how the learning curve went: Me and Paul [Simonon, the bass player] were completely drunk — I don’t know, maybe we were feeling tense or something — before the show. And this is where we learned not to drink, OK? On the first chord of the song, Paul was so excited and into it that he slammed the first note on his bass. And the impact got him to staggeseveral steps backward, but — unluckily for him — he crashed into his bass equipment, and him and the bass and all the equipment fell off the back of the stage into a dark hole in the back of the club. And that was the first chord of the first song. Nick [“Topper” Headon, the drummer] was really furious, and I was pissing myself with laughter. And somehow we got it back together and shambled through it. But that’s the night that we learned you drink after the show … if you’re intelligent.”

In November, Strummer and the Mescaleros toured the U.K. and began work on Global’s follow-up. Though the Clash built an impressive catalog of socially charged combat rock and was known for its staunch stances against racism and capitalism run amok, Strummer had grown weary of political science in later life, looking for new philosophies to inform his worldview.

“I got bored with the whole thing,” he admitted. “I can see that the dollar buys the government, so I’ve tried to get more into the world of psychedelics and thought. I read books and sort of … stare at fire.”