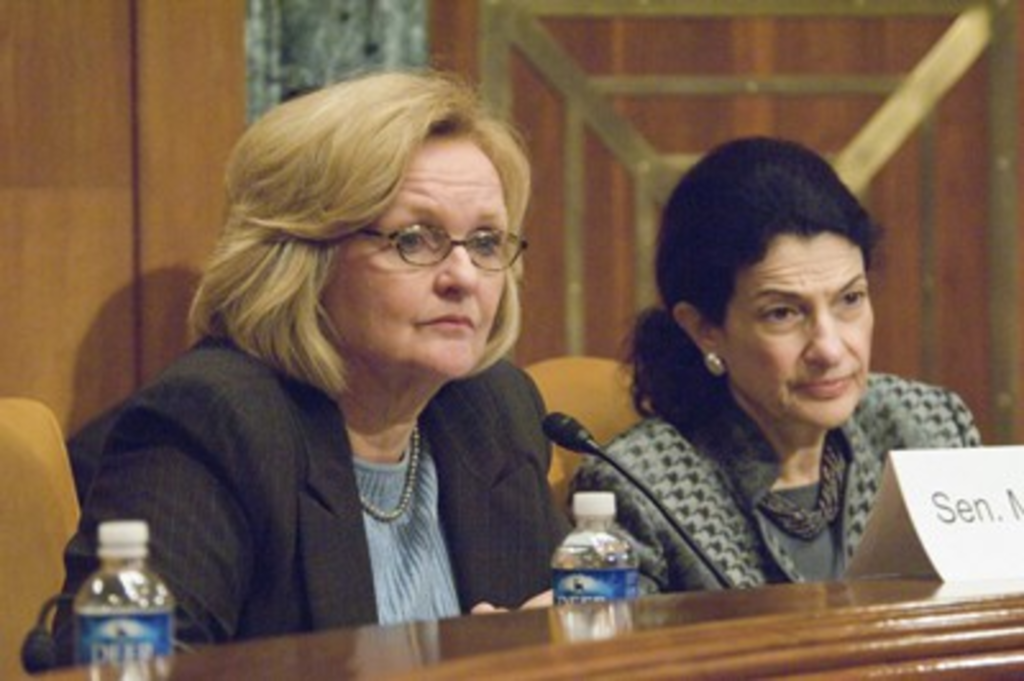 That sound in the wind — the cold whisper of sickened ashes and disgusted dust — is Harry Truman writhing in his plot over at the Truman Library courtyard in Independence.

One of Truman’s ideas is coming back to life in Washington, D.C. If it had really taken hold in the old man’s day, we might have saved billions of dollars since going to war in Afghanistan and Iraq — billions that, who knows, might have found their way into our own struggling country over the past eight years.

For locals who aren’t up on their Harry history, here’s how he remembered that time in his memoirs, Volume One: Year of Decisions. He had just been sworn in as a U.S. senator, and the country was getting ready to enter World War II.

“Washington was full of people seeking contracts, most of them sincerely desiring to be of help to the government, some seeking only their own selfish interests…. Clothing, supplies, munitions, battleships, airplanes, and everything necessary for the defense program were being purchased at a rate never before dreamed of…. Defense expenditures during the first few months of 1941 would exceed twenty-five billions of dollars.”

Concerned that the money was going to cronies greased by lobbyists, he got in his car and started out from Washington, he wrote, to “make a little investigation of my own.” He claims to have driven 30,000 miles south through Florida, west through Texas, north through Nebraska and back through Michigan, stopping at war camps, defense plants and other operations — without letting them know who he was. His investigation confirmed his suspicions, so he convened a committee to investigate “every phase of the entire war program.”

The work of what became known as the Truman Committee probably should be legendary but really isn’t — otherwise, we wouldn’t be where we are now.

Namely, having to do it all over again.

Earlier this week in Washington was the first public hearing of a new bureaucratic body called the Commission on Wartime Contracting — the lovechild of Missouri Sen. Claire McCaskill and Virginia Sen. Jim Webb, the Vietnam vet who campaigned in 2006 wearing his son’s old combat boots from Iraq. McCaskill and Webb sit next to each other in the Senate Armed Services Committee.

Word of waste and mismanagement started coming out of Afghanistan and Iraq almost as soon as we went to war there. None of it was surprising in Bush world, but it angered McCaskill, who was reading a Truman biography during her 2006 Senate bid.

On the campaign trail, she started calling for a new Truman-type commission. Once they were in office, McCaskill and Webb wrote legislation to create one; it passed, and the Commission on Wartime Contracting went to work last year.

For the past few months, as many as 30 workers, divided into various teams, have been poring over records from the Department of Defense, the State Department and the U.S. Agency for International Development. A single defense contract can be thousands of pages long. It’s a job of almost unimaginable — and very depressing — magnitude.

But if all goes according to schedule, about halfway through Barack Obama’s first term, we’ll have many more details than we ever wanted about yet another disastrous aspect of George W. Bush’s wars.

A couple of reminders:

In 2007, the Defense Contract Audit Agency estimated that out of $57 billion spent for Iraq reconstruction and military support, $10 billion was questionable.

In 2008, testimony by the inspector general of the Department of Defense revealed a lack of supporting documents for $1.4 billion in Army payments to contractors and vendors in Iraq, Kuwait and Egypt; another $6.3 billion had the supporting documents but may not have been legal.

At the Wartime Contracting Commission’s hearing this week, Stuart Bowen Jr., the special inspector general for Iraq reconstruction, released the official version of a report he has been working on for five … long … years.

A draft of the 513-page report, called “Hard Lessons: The Iraq Reconstruction Experience,” leaked last month and was posted on The New York Times’ Web site .

Turn to any page at random to read reminders that Americans have a problem with math education:

“In late 2005, the U.S. Embassy still lacked the ability to identify projects with the contracts that funded them, and to estimate how much they would cost to complete.”

Or “As many as 300 companies may ultimately have provided security services to the U.S. reconstruction effort, increasing costs on some large reconstruction contracts from 24 to 53 percent.”

Unknown at the moment is how many millions we will spend, for various inspectors general and new employees at the Wartime Contracting Commission, to figure out how many billions we’ve lost.

Why did it have to come to this? Every candidate for national office, Democrat or Republican, drops Truman’s name on campaign stops in Kansas City.

Couldn’t one of these politicians have actually remembered one of his defining accomplishments and kept an eye on defense contracting through the decades?

Testifying before her new commission on Monday, McCaskill imagined Truman being “astounded that we allowed this problem to get this far out-of-control.” She went on: “This has been a massive failure. We have failed our military, and we have failed the American people.”

“People need to remember that a general went to jail after Truman finished his work,” she said, “and the problems of contracting and wartime profiteering during World War II are nothing like they are today. Hundreds of billions of dollars have disappeared. Everything has been stolen, from money to heavy equipment to guns. And the scandalous part, of the guns that we didn’t keep track of, is that people in the military will tell you they are confident that our weapons were stolen, sold and used against our own soldiers.”

No one has held contractors accountable, she said, and no one has held the military accountable. She remembered a conversation with a high-ranking military leader in Kuwait who told her, “I wanted three kinds of ice cream in the mess hall. I didn’t care what it cost.”

No one’s saying our soldiers shouldn’t get ice cream. But some of us do care what it costs. At least Missouri’s former auditor is on it now. Maybe we’ll get it right this time.