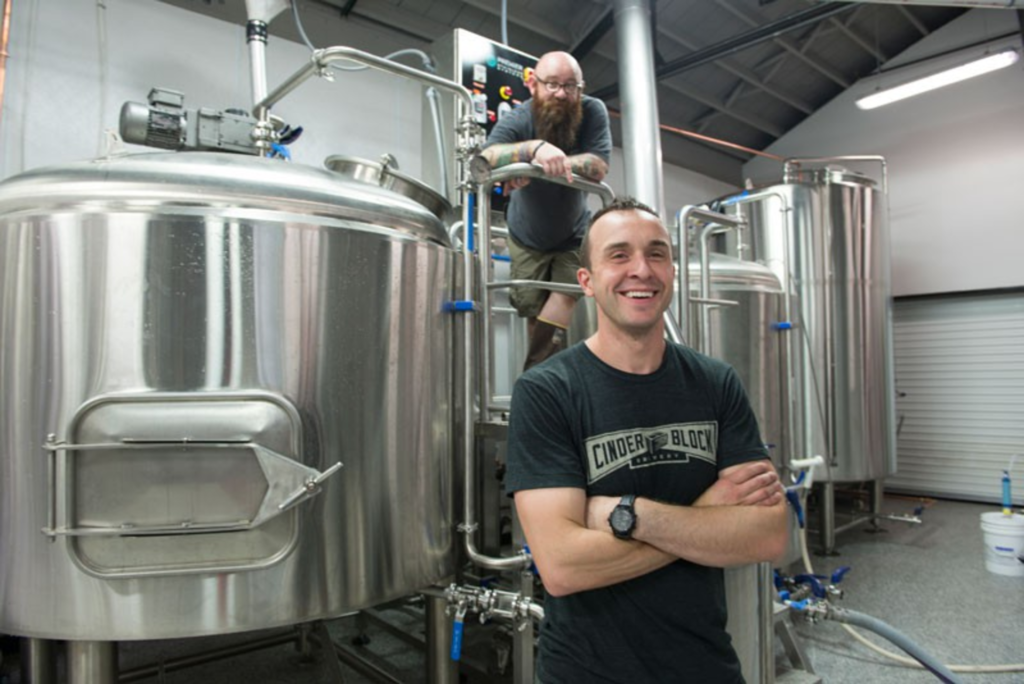 Schaffter is less than two weeks from the official launch of his brewery’s beer outside its North Kansas City taproom, and he and his distributor are trying to decide which core beers to feature. Should they send out Northtown Native (his California Common)? What about the Weathered Wit? Everyone wants hoppy beers, so Block IPA? Also, Cinder Block has had success with its Pavers Porter and Rivet Rye.

“We’re trying to have a focus on our core beers that people recognize,” Schaffter says. “And having a good style profile across ’em. Maybe not having too many of them floating out there yet because we want to put some seasonals out there, too, like Coffee Hop’d.”

The first kegs of Cinder Block beer to leave the brewery are set to be trucked to Screenland Crossroads and Tapcade (1701 McGee) for a tap takeover at 6 p.m. Wednesday, March 4. And each launch party is getting a little something special. Screenland will also receive the much-loved Black Squirrel Russian Imperial Stout.

Launch week continues Thursday at the Foundry and Rock & Run Brewery, Friday at Flying Saucer and then Saturday afternoon at Bier Station. Schaffter says his staff is splitting up to tackle all of the parties so he doesn’t have to rush from Westport to Liberty.

“From a staff perspective, we’ve been talking for the last year that this is going to happen,” he says. “And a lot of people who came on with us that really believed in what we’re doing did so because they knew we were going to go do things and grow, and I think they’re really excited about the opportunity.”

Getting distribution throughout the metro was the next brick in Cinder Block’s foundation, albeit a long time coming since opening in September 2013.

“We’ve taken our time, and we’ve laid everything out and planned well,” Schaffter says. “A lot of it feels like it’s about time, but it’s very, very exciting.

He’s not the only one.

“I don’t know how many people have said, ‘It’ll be great when I can be close to my house and go grab one of your beers,’ which I think will be really cool,” he says.

After launch week, the plan is to “grow organically,” says Brian Duff, NKC Bev Co.’s craft brand manager.
“We’re not trying to flood the market,” he says. But he expects Cinder Block to grow gradually throughout the metro to Lee’s Summit, Liberty and Independence.

“We’ve gotten really good feedback from people already, like the Yardhouse folks approaching us on it,” Schaffter says. “We’re hoping that stays consistent since we’ve taken our time and dialed things in, and people know us in the community. So they expect us to get out there.”

The next step in Cinder Block’s distribution plan will be to put out its beer in cans.

“We’re going to do, hopefully, cans in the summer time frame,” Schaffter says. “That’s what our goal is. Get into cans by then. It might be midsummer, but from all of the things that I had to do to get it accomplished, we’ve had the time to get them done. So we’re hoping to do that.”

But the first priority is to make it through launch week.

“We’ve waited a long time to do this,” Schaffter says. “We know we’re ready. We’re excited to get out there, and I think a lot of folks are excited to see us out there.” 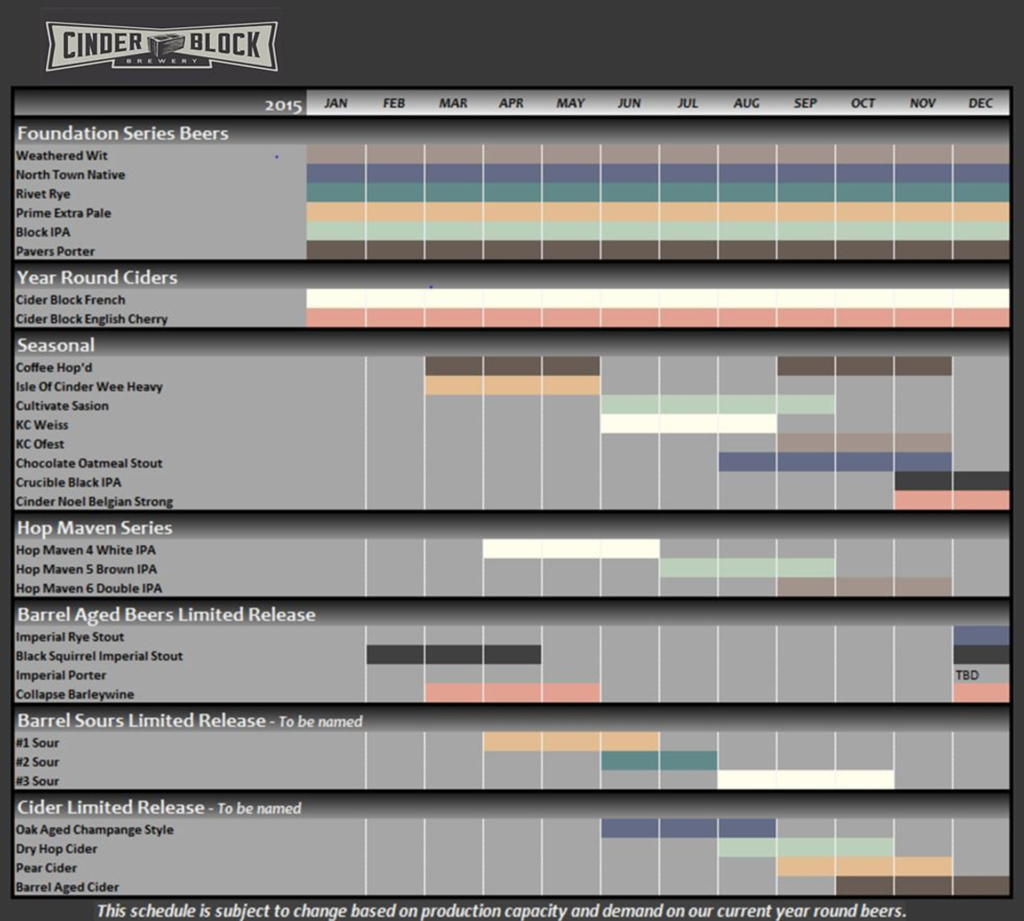