Chuck Mead left Lawrence for Nashville in the Nineties. But his songs still live in Kansas. 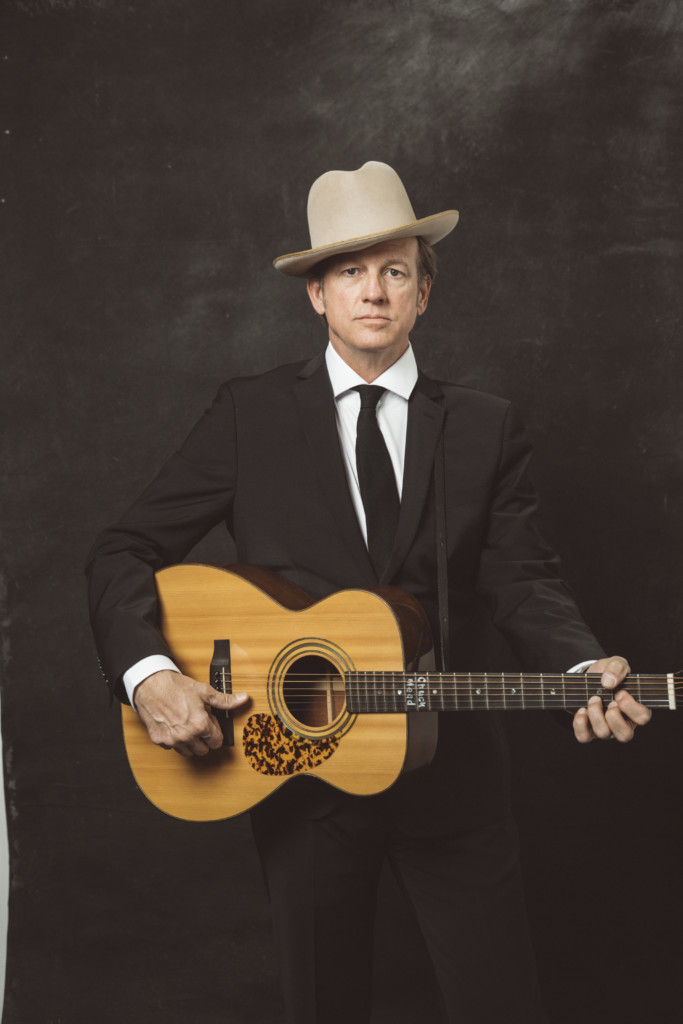 Mead speaks of the “velvet gulag” of Lawrence. “You can get stuck there,” he says, “but if you get stuck
there, who cares, because it’s a great place.” // Joshua Moon Wilkins

After four solo LPs, a string of records with Nashville western outfit BR5-49, and a trio of records with Lawrence’s the Homestead Greys, it can safely be stated that Chuck Mead knows country music. It’s damn near in his blood, after all.

“I grew up playing in my folks’ country band,” Mead says by phone from Switzerland, where he’s preparing to play Hangar Rockin’, a rockabilly and kustom car festival three hours north of Zurich. Mead’s maternal side was musical; the family had a radio show in Nevada, Missouri, in the late ‘40s and early ‘50s; they played old hillbilly, gospel, and western songs.

“Then they kind of fell out of it, but in the early Seventies, they decided they’d put the band back together and go out and play dances,” Mead says. “Of course, they made me the drummer.”

He received a drum kit for Christmas when he was 12 years old. From then on, up until his early twenties (by which time he’d started playing guitar), Mead spent his Friday and Saturday nights in and around Lawrence playing drums in the family band. They’d play a lot of the same songs Mead’s later band BR5-49 would play on Lower Broadway in Nashville: country covers by Ray Price, Carl Perkins, Don Williams, Merle Haggard, Waylon Jennings.

“I was one of those guys in high school who didn’t like Foreigner and Styx and Journey and all that shit,” he says. “I was still into Chuck Berry and Elvis and all that.”

Mead recalls sitting in art class one day — 1978, maybe —  drawing and listening to KY102, the old Kansas City rock and roll station. “All of a sudden, I heard these guys saying, My gal is red hot / Your gal ain’t doodily squat. And it blew my fucking mind!” Mead says. “It was Robert Gordon, doing the old rockabilly classic, ‘Red Hot.’ That kind of stuff really turned me on.”

Mead started to notice that a lot of the music that was starting to get popular — the Ramones, the Clash, the Jam, Nick Lowe — was hearkening back to the rock and roll he really liked.

But he still had those deep country feelings.

Still, the two genres didn’t jibe in Mead’s head until Jason & the Nashville Scorchers came to town; he calls the show a “watershed moment.” It was ultimately the impetus for the formation of the Homestead Greys, a Lawrence roots act that morphed into more of a rock-soul kind of experiment toward the end. Mead left Lawrence in the early ‘90s to seek his fortunes in Nashville, but somehow, some way, the town always seems to finds its way back into Mead’s repertoire.

“I would say Nashville has kind of become my home, musically, but Lawrence is always my home,”  Mead says. “You can’t take the Larryville out of the boy. It’s weird, because of the pull of what a good friend of mine there calls the ‘velvet gulag’ of Lawrence: You can get stuck there, but if you get stuck there, who cares, because it’s a great place. But I wanted to go down and really learn how to play country music, and the only way you can do that is to go down to Nashville, really. You go where the teachers are, and that’s where they all are.” 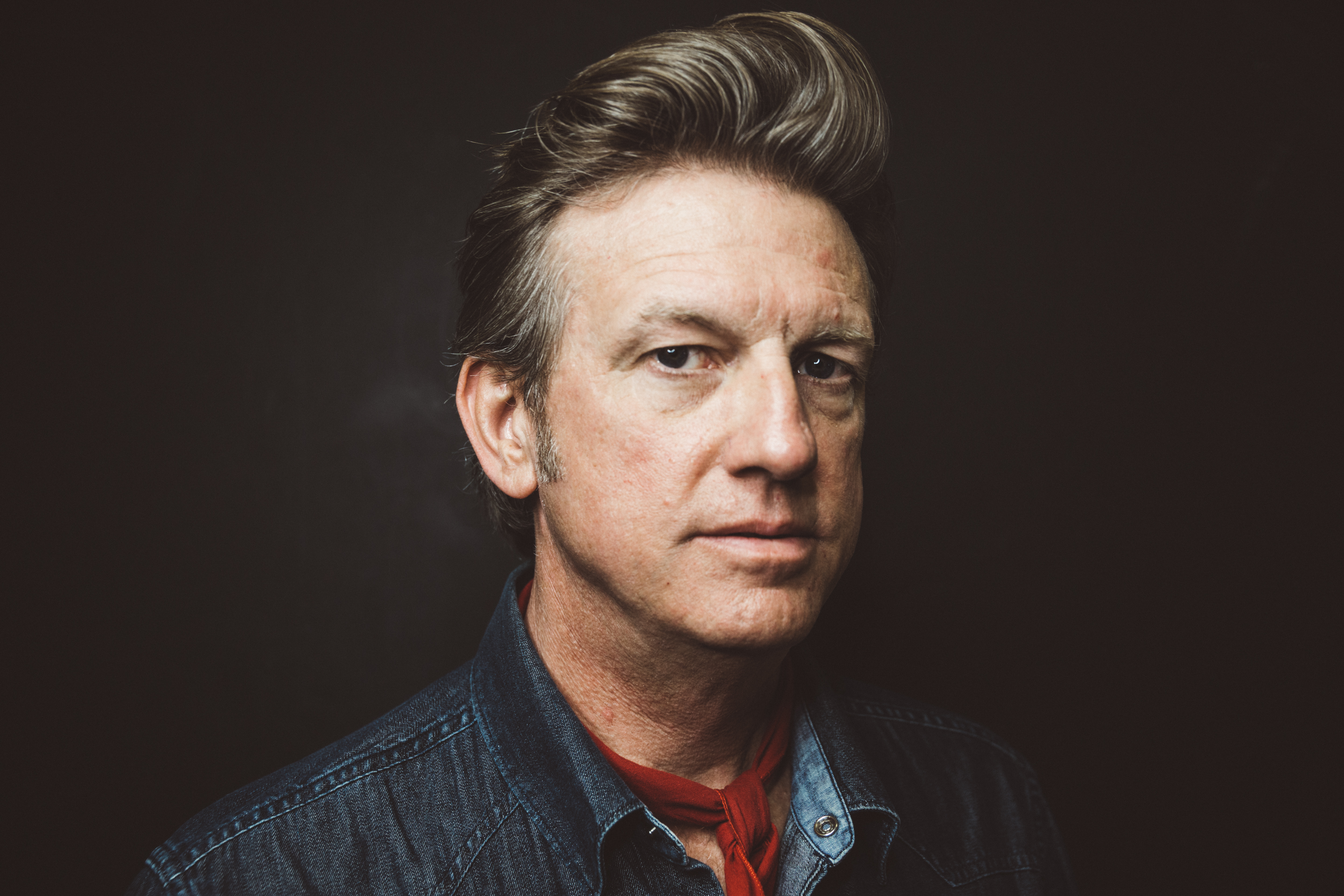 In Nashville, Mead formed BR5-49, a honky-tonk western act that cut its teeth performing nightly at Robert’s Western World for nothing more than tips — sort of a Beatles in Hamburg situation. BR5-49’s first release, the Live from Robert’s EP, featured a Homestead Greys song, “Me ‘N’ Opie (Down By The Duck Pond).”

“Alan Murphy” — the frontman of legendary Lawrence band Ricky Dean Sinatra — “and I and Mark Roseberry, from Ricky Dean, wrote that song,” Mead recalls. “We came up with it one dark night in Lawrence over at Mark Roseberry’s house. I was playing it for maybe six months or so before I moved down to Nashville, and then I played it down on Lower Broadway, and I immediately got requests for it. People asked for it every time I stepped onstage. And that carried over to BR5-49.”

The Homestead Greys’ songs “Chains of This Town” and “Lifetime to Prove” were also included on the self-titled BR5-49 record. “I wrote those in the Eighties, and they were good songs, and I felt like we could pull that sort of a thing off in BR5-49,” Mead says. “We also ended up doing a couple of others: ‘Change the Way I Look’ and ‘Too Lazy to Work, Too Nervous to Steal.’ Those are Homestead Greys songs, too, but I wrote ‘em, so I didn’t feel like I was betraying anybody.”

In 2014, Mead released Free State Serenade, a noirish country tribute to his native state. And Mead’s latest album, Close to Home, sneaks in a reference to the old hometown. The first line of the track “Daddy Worked the Pole” goes: Mama danced down at the Bird six nights a week, a reference to the Flamingo Club, the longtime exotic dancing establishment that sits just outside the city limits in North Lawrence. The song — co-written with his friend and fellow songwriter Otis Gigg — is a grinding bit of hoochie-cooch, but Mead says it isn’t filthy at all, despite the chorus, which goes, Daddy worked the pole so mama didn’t have to.

The man in “Daddy Worked the Pole” wants to be a rock ‘n’ roll drummer, Mead explains, but he falls in love with a woman who’s a stripper. They end up getting married and having a baby, so he goes out and gets a job working for the telephone company. He works the pole, you see, so she doesn’t have to.

“Then, she figures out later in life that maybe she can make a little more money doing that than he did and — well, you know the end,” Mead says. “It switches around. She works the pole, so he doesn’t have to. People do what they have to do to get along in life and please the people they love.”

Feb 26 @ 8:00 pm Ollie's Local
Join us for general knowledge trivia covering topics ranging from history to music to science to pop culture. The game is free to play and prizes are awarded to the top three teams! Recurring event every Wednesday.FacebookPinterestTwitterLinkedin
February 2020 Feb 2020
Subscribe