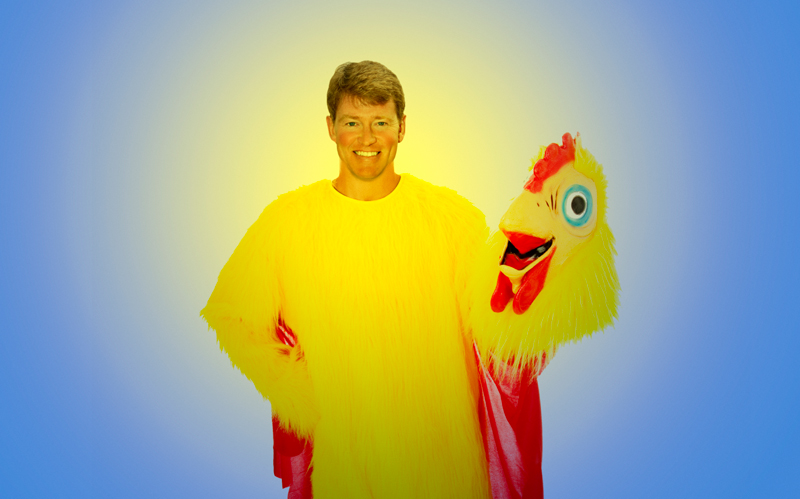 The more obvious defeat was Koster’s thunderous loss to Eric Greitens, the mugging Navy SEAL who channeled the Call of Duty vote and was last seen ordering surround-sound speakers for every room of the governor’s mansion. But the failed candidate suffered a quieter ignominy after the election. In a 19-page ruling, the 9th Circuit U.S. Court of Appeals, headquartered in San Francisco, put an end to the almost cartoonish legal action known in these parts as “Koster’s egg war.”

That’s the fiasco, you’ll recall, in which Missouri’s Democratic attorney general, in his quest to court rural voters, took on a California law demanding certain humane standards from egg producers wanting to market their wares out west. California voters set those standards in a 2008 ballot measure. By a hefty margin, they said producers must provide hens with cages large enough to stand up, turn around and spread their wings in. A 2010 law expanded the rule to out-of-state producers selling eggs in California.

Producers themselves hadn’t raised much of a fuss. Following the wishes of consumers and a growing number of retailers, they already were enlarging cages and improving their treatment of hens. But Koster, the self-appointed protector of farmers large and small (but mostly large), felt compelled to stand up for Missouri’s right to pack hens on top of one another like so many Jenga pieces. He filed suit in February 2014, contending that California’s restrictions harmed Missouri egg producers and infringed upon free trade among states.

A federal judge in California ruled against Koster, saying he hadn’t proved that the egg law harmed Missouri citizens. Koster appealed, and managed to convince a few other attorneys general from egg-producing states to join him. Same result: If egg producers feel harmed by the California standards, the federal appeals panel ruled, they can file suit on their own behalf. Koster and the attorneys general never established that the law adversely affects their states or citizens, the judges said.

The Pitch contacted Koster’s office for a response and was informed that “we are reviewing the ruling.” That beats a “no comment,” but only by three words. A few days later, Koster’s people disclosed what the AG’s omelet cost taxpayers: $120,513.

That’s a debacle, but Koster’s staff is heading for the exits. Greitens, a Republican who has never held political office, is now the big story in Show-Me politics, with another newcomer, Republican Josh Hawley, taking over Koster’s roost in January. Hawley seems more interested in fighting with the federal government than challenging California’s agriculture laws.

Koster’s egg war was never about produce, not here and not there. It was, no surprise, about Koster’s career — and if it was always risible, it didn’t always seem like a bad way into certain voters’ hearts. When Koster became the first Democrat ever to win the Missouri Farm Bureau’s endorsement for a statewide office, the bureau cited the egg lawsuit as a reason that rural Missourians should support Koster.

But they didn’t. Rural Missouri turned out in droves for Donald Trump, and for good measure carried Greitens and every other Republican candidate for statewide office. Traditional players such as the Farm Bureau and even the NRA — from which Koster also wrangled an endorsement — couldn’t compete with Trump’s ability to harvest grievances and convert them into votes. All of Koster’s pandering failed to win him a single rural Missouri county.

If Koster was mum about the legal demise of his egg war, the Humane Society of the United States was cackling about it. The appeals panel not only ruled that Koster and the other attorneys general lacked jurisdiction to challenge the California law; it also dealt a blow to the notion that laws insisting on the humane treatment of agricultural animals harm out-of-state producers and consumers.

“That’s a very important principle for us,” Wayne Pacelle, president of the high-profile animal protection group, tells The Pitch.

In Massachusetts, a whopping 78 percent of voters on November 8 passed a ballot measure forbidding “extreme confinement” of laying hens, breeding sows and veal calves. Like the California law, the measure holds out-of-state producers to the same standards as Massachusetts producers.

Pacelle says pork producers and possibly others might challenge the new Massachusetts law. If so, the rulings in Koster’s egg war may have set a useful precedent, he says.

“This suggests that our humane ballot initiatives and laws dealing with production practices and the sale of animal products from extreme confinement operations are constitutionally sound,” Pacelle writes on his blog.

Providing an assist to Pacelle’s HSUS — second only to Washington as a bogeyman to many rural Missouri farmers — probably wasn’t quite what Koster expected when he launched his egg war. Best-laid plans and all that. But maybe not everything that just got an Election Day scramble has to stink.