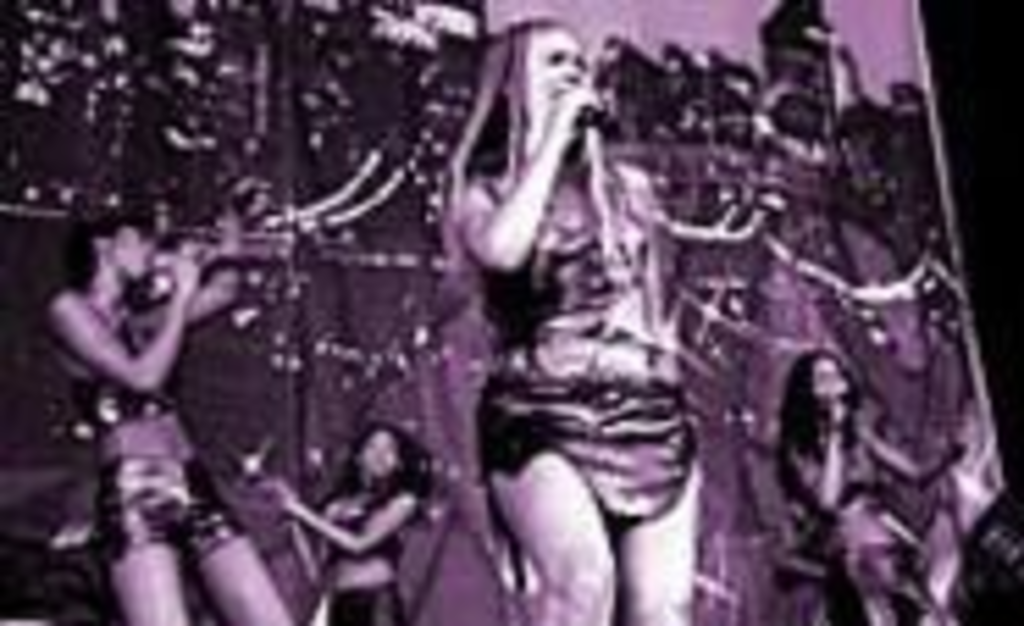 Unlike many members of coast-based multiplatinum acts, who might see a string of Midwest gigs as one indistinguishable blur, Destiny’s Child‘s Tenetria Michelle Williams (she goes by Michelle) perks up when she notices that the group has upcoming tour dates in Manhattan and Columbia. Just as KC-area fans will make the trip to one of those destinations, Williams hopes to venture into the city between shows to take in some barbecue and visit family and friends. “My godparents [Charles and Carolyn Collier] live in Kansas City,” Williams explains. “I come here every year to visit. I love hangin’ out on what I call the mini-Rodeo Drive [the Country Club Plaza] and eating at that place that everybody goes to [Gates].”

Williams’ familiarity with Kansas City stretches back to her childhood, when she would travel to the area with her Rockford, Illinois, church youth group. During these visits, Williams enjoyed going to Worlds of Fun and shopping at Bannister Mall. “I love Kansas City because every time I come I have a ball,” she says during a break as her trio rehearses for a performance on an episode of MTV’s Icon devoted to pop goddess Janet Jackson.

As a schedule that includes such high-profile events indicates, Williams now has little time for hanging at the mall or frolicking at amusement parks. But that does not mean she hasn’t been on one hell of a devilish ride. In the past year, she’s gone from an unknown background singer to one-third of pop music’s hottest girl group. Destiny’s Child has redefined black-girl soul, all while crossing over with more ease and grace than Philadelphia 76ers guard Allen Iverson. Sassy and confident, the trio teases with its sexuality but refrains from all-out raunch. Instead, Destiny’s Child delivers women-positive refrains, with infectious grooves created by A-list producers to enhance the lyrics’ inherent catchiness.

Destiny’s Child went platinum with its self-titled debut, which featured the hit “No, No, No,” but the group didn’t really achieve superstar status until 1999’s The Writing’s on the Wall, which has gone seven-times platinum and still, two years later, has legs. Yet joining the group after both of these discs were released, as Williams did, was far from a no-risk venture. The group has been touted as this generation’s Supremes, but that title comes complete with a legacy of in-group feuding, and Destiny’s Child has already changed members more often than Diana Ross switches outfits at a concert. The biggest shake-up to date came on February 18 of last year, when Williams and Farrah Franklin stepped into slots vacated by ousted members LeToya Luckett and LaTavia Roberson.

Williams met founding members Beyonce Knowles and Kelly Rowland when she was a backup singer for solo star Monica. Monica’s choreographer, a relative of Knowles’, introduced Williams to Knowles and Rowland, and the pair were impressed enough with her voice and personality to offer her one of the suddenly available positions.

Though she claims not to have been affected by the backlash (the group’s inner turmoil briefly seemed to distract the press from focusing on its music), the twenty-year-old Williams admits the transition from the background to the spotlight was a difficult one. “Destiny’s Child had been established for ten years, and I had to jump in and act like nothing changed,” she explains. “I joined Destiny’s Child just as The Writing’s on the Wall was taking off, so my main concern was if people would like me because I was replacing an original member.”

Five months after Williams joined the group, the group experienced more turnover when Franklin, who missed a series of engagements in Australia, received the pink slip. The group decided to continue as a trio, with no plans of replacing its latest ex-member.

“There has been some negative talk, but everyone was totally supportive when I joined the group,” says Williams. “They knew I was getting involved with something that I wasn’t that familiar with and made me feel comfortable. They taught me the business and told me what to expect. The main thing they explained is that it wasn’t going to be anything like what you see on TV, and it ain’t.”

To shield the girls from ugly rumors, management suggested that they pay no attention to the press or to Internet chat sessions. “We’re not supposed to read what people say about us on the Internet, but sometimes it’s interesting to see what people have to say regardless of whether it’s negative or positive,” Williams admits. “Every now and then, you want to know what the fans are thinking.”

Williams says the group’s members share a spiritual core that allows them to confront such obstacles. She also attributes their chemistry to their strong religious beliefs. “Developing the chemistry we have today didn’t happen instantly, but it didn’t take as long as everybody claims it has taken,” she adds. “We just kind of let things happen naturally. You know how girls can be at times. We can be petty, nasty and just so like girls, but Beyonce and Kelly are not the average girls. We hit it off pretty quickly. But now we are closer; we’re actually like fam.”

The first recorded evidence of this revamped lineup’s interaction was “Independent Women Part 1,” a hot late-summer joint from the Charlie’s Angels soundtrack. But many more tracks are on the way, as Destiny’s Child’s new album, Survivor, is scheduled to hit stores on May 1. The girls share lead vocal duties on this disc, but Knowles wrote most of the songs and dabbled behind the boards.

“This is her time,” Williams says. “We helped to write some of the songs, but Beyonce is really ready to get out there. She really wants to do more writing and producing. I’m still learning, but I give my input and watch what’s going on so I can better learn the process.”

Michelle admits that the music industry has been a tough business to learn, but she maintains that her faith will help pull her through. “Being successful requires a lot of hard work, and touring drains all of your energy,” she says. “But I’m just blessed I’ve gotten a chance to live my dream. No matter what people may say about us, it’s all good because we are making good music and surviving.”