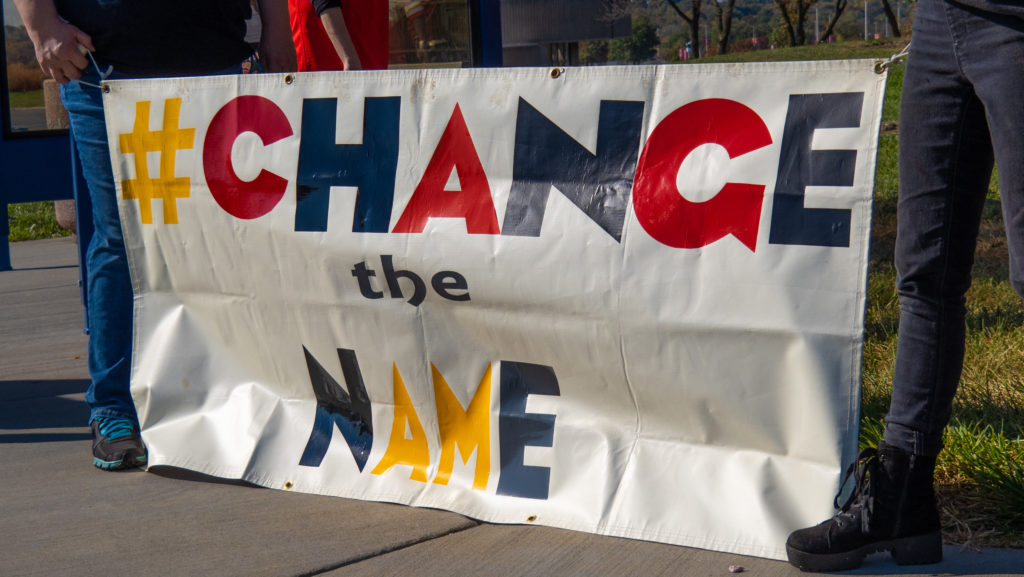 On Sunday, the Kansas City Chiefs were set to honor local non-profit organizer Edgar Palacios. Then it all fell apart.

Palacios is the founder and CEO of Latinx Education Collaborative, who work to provide the community with better educational resources. The Chiefs invited Palacios to take part in a National Hispanic Heritage Month celebration during their game against the Las Vegas Raiders. Palacios refused to join their proposed ritual, instead opting to stand in solidarity with Native American protestors outside the stadium.

At a time when the football team needs to distance itself from poor race relations, they invited a person of color to be a “spirit leader” and bang a drum between the 3rd and 4th quarters. Hours before Indigenous Peoples’ Day began.

Palacios says that he tried to propose other options, but that the Chiefs organization dismissed his concerns. He and his family instead joined protests outside the stadium.

The KC Chiefs have been under scrutiny for culturally appropriating Native culture.

The advocacy group, Not In Our Honor Coalition, protested outside of the stadium during this weekend’s game regarding the use of Native American imagery in sports. The Coalition, a part of the Heart of America Indian Center, attends almost every game asking that the Chiefs change their names and rituals.

In an interview with Haskell University’s school newspaper, The Indian Leader, Palacios had this to say about his actions on game day: “We are standing in solidarity with our Indigenous brothers and sisters and making sure their voices are heard.”

Palacios addressed yesterday’s events, stating that he “wanted to participate,” even asking in advance if there was another way they could celebrate. In the same post, he pointed out that today is Indigenous Peoples’ Day, and with that, we should celebrate by learning more about native people, and links to information from the Kansas City Indian Center for others to learn more about the culture.

Here’s hoping that the team finds a way to do better in the future.

Last week, I received an e-mail from our football team that I had been chosen as an honoree for Hispanic Heritage Month….