So. WTF happened with the booing last night at Arrowhead? 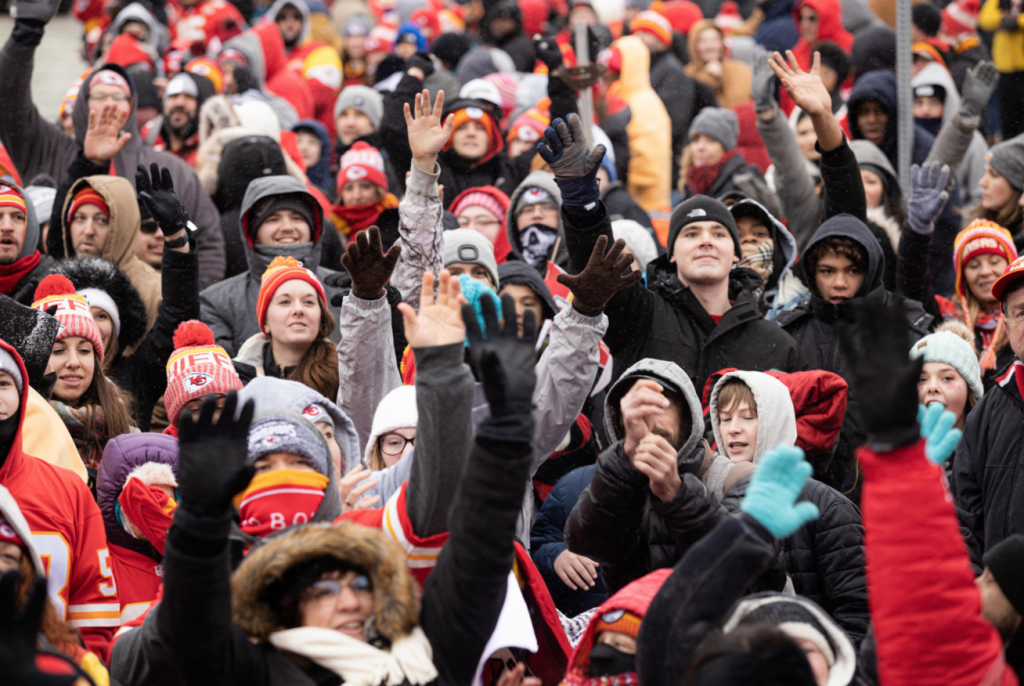 Thursday was going to be a night for celebration. Some normalcy was going to happen when the clock struck 7:20 p.m. Families and friends across the city were huddling around televisions, waiting for this very night. Some even took the journey to go out and watch it in public with social distancing efforts intact.

It’s been seven months and eight days since the Kansas City Chiefs played a meaningful game. There would be fewer fans at this one, but the vibes around the city and in the parking lot made it feel sold out.

The city was going to see its coveted football team show off the new Super Bowl banner. Not long ago, players and staff received their championship rings in a ceremony held at the stadium.

Players also coordinated with each other ways to show their support for the countless injustices going on in this country. Quarterback Patrick Mahomes and safety Tyrann Mathieu are notable names that have used their voice to spread awareness. The duo also wore shirts that said “vote” on the front.

What they planned had the Chiefs and the Houston Texans locking arms in unity for a moment of silence. Nothing too controversial. Everyone can behind people from different backgrounds coming together for a common cause.

“Fans” that paid nearly $400 for tickets booed during the moment. On national television. Audibly. With nothing significant competing against it on cable.

A moment of silence dedicated to the ongoing fight for equality in our country. #ItTakesAllOfUs pic.twitter.com/srC0SlnWdh

It wasn’t during the national anthem. It wasn’t even a protest. Just people with platforms using what their talents gave them to advocate for a better world. And people booed it.

So. What the fuck happened here?

We’re a good city of good people. I heard boos too. But we also have hundreds of thousands more around here who respect the message the players are sharing; who respect the rights of our players and people to voice a strong message and who are working to make us better each day.

On face value, it appeared to most of the country that our fanbase was boo’ing the concept of coming together to support one another. But in the last 24 hours, reports from those in attendance have been all over the place. Such is the mass swath of information one can extract from social media of those at the game.

Some users were photographing and shaming non-mask wearing attendees (in violation of Arrowhead rules) who were shouting “Leave politics out of sports!” or some variation during the silence. Texas also chose to remain in their locker room and skip the National Anthem entirely, which was a cowardly move on a few levels.

Some fans suggested the yelling was simply a reaction to the opponent team taking the field. Still others suggest that there was actually a shout from a man during the moment of silence exclaiming “Trump 2020!” and that the audience reaction was to his statement. If one man managed to yell a political statement loud enough in Arrowhead that he made us all look racist on national television from reaction refuting his statement, I gotta say: that’s somewhat incredible. (And a bit difficult to believe in an outdoor stadium with 17k fans.)

As we all attempt to navigate what happened last night, there’s no great answer here that makes us look any better.

This ain’t it, Chiefs.

Mahomes said postgame that they wanted to show that they’re unified as a league and that they’re not going to let playing football distract us from what they’re doing and making a change in this world.

Picture yourself booing that. Envision yourself being THAT person, on the other side of people wanting the world to change for the better. They paid all that money just to make the city look like clowns for the foreseeable future. Even if it wasn’t booing and it was just people making noise, as some fans suggest, it’s still pretty dumb to do that during a call for silence.

The decision for KC city officials to allow the Chiefs to have fans in the stands—but double the cost of the tickets, thus dramatically skewing the demographics of the fans in attendance to witness the moment of silence for racial unity—may prove fateful

This is after Mahomes and Texans quarterback Deshaun Watson donated meals to frontline workers in the city before the game.

Not going to live tweet much tonight. I’m embarrassed for what happened pregame.

Whole world is watching our city & we failed. Makes me feel naive to think that wouldn’t happen here.

Former Chiefs offensive lineman Jeff Allen  had this to say:

Current Kansas City Star football reporter Sam McDowell, who wrote this almost immediately after the moment, tweeted this out:

Boos? After Lift Every Voice and Sing? Guess it wasn't really about the flag, huh https://t.co/2i3T4P6J9E

McDowell spoke to Mahomes postgame, in which the superstar said he didn’t hear booing on the field, but saw videos of it once the game ended.

“I’m just—we wanted to show unity, and we wanted to show we’re going to come together and fight the good fight. I hope our fans support us like they do in the game every single day,” Mahomes said.

The fans he hopes support him are the people that only see him as a tool for entertainment. A prop for them to escape the harsh realities of the world they live in. How dare real-life infiltrate their safe space.

“Missouri” and “booing” were trending throughout the game and into the night. Here are some highlights:

Wow. There appeared to be loud boos from the Kansas City crowd during “the moment of unity,” a call for social justice, as the Chiefs and Texans lined up and linked arms before the NFL opener.

A limited number of fans attend a football game during a pandemic, and a majority of those fans LOUDLY BOO during “A moment of silence dedicated to the ongoing fight for equality in our country. “ All on the night before the 19th anniversary of 9/11. That’s where We are at.

They were booed. Not for kneeling during the anthem, but for locking arms in a show of unity.

Don't tell me it's about respecting the flag. Ever again. https://t.co/MZyLxApsi0

So we just gonna pretend like we didn’t hear all those boos?

You bum me out sometimes, Kansas City.

I would LOVE to see an interview with someone–ANYONE–in the crowd who just chose to boo a "moment of silence and unity."

Just try not to sound like a complete and utter idiot putting into words why you're angry about UNITY.

Morons. All of them.

Chiefs fans just boo’d the “Moment Of Unity.” These were the messages put on the scoreboard #NFLKickoff pic.twitter.com/gHoDcdILs7

Senator Josh Hawley responded to the tweet above, which can be found below:

Now the Senator from Missouri stands against Patrick Mahomes, who wants a country that works and is showing impressive leadership in our state.

Also, like, wow there’s some other disconnects that America noticed on our field:

And yeah, the individual shaming:

This look like the kind of bumpkin that would boo and yell just play football during a peaceful moment of silence? Cause it is. Fuck this guy and the others like him. #trash pic.twitter.com/CdNjwdYUDA

The Chiefs posted this midway through the first quarter but were called out on social media for editing the video to include cheers. Not a good look for the team or its fanbase. Some TV media outlets followed similar suit, by showing the unity moment without playing audio or acknowledging the horrifically embarrassing circumstances around it.

It overshadows the dominating performance Kansas City put on, as it won 34-20. Mahomes finished with 211 yards and three touchdowns and rookie running back Clyde Edwards-Helaire had 138 yards with a 27-yard rushing touchdown. And overshadowed is the word for it. Today should be a moment of incredible celebration for our team, our performance, and the future of the sport—at a time when America and our metro desperately need positive moments to shine through.

No matter what combination of explanations we have to point to in this series of fandom fumbles, Kansas City has to do better.