Chasing Gods, a new play at KU’s Kansas Rep reaches across the aisle 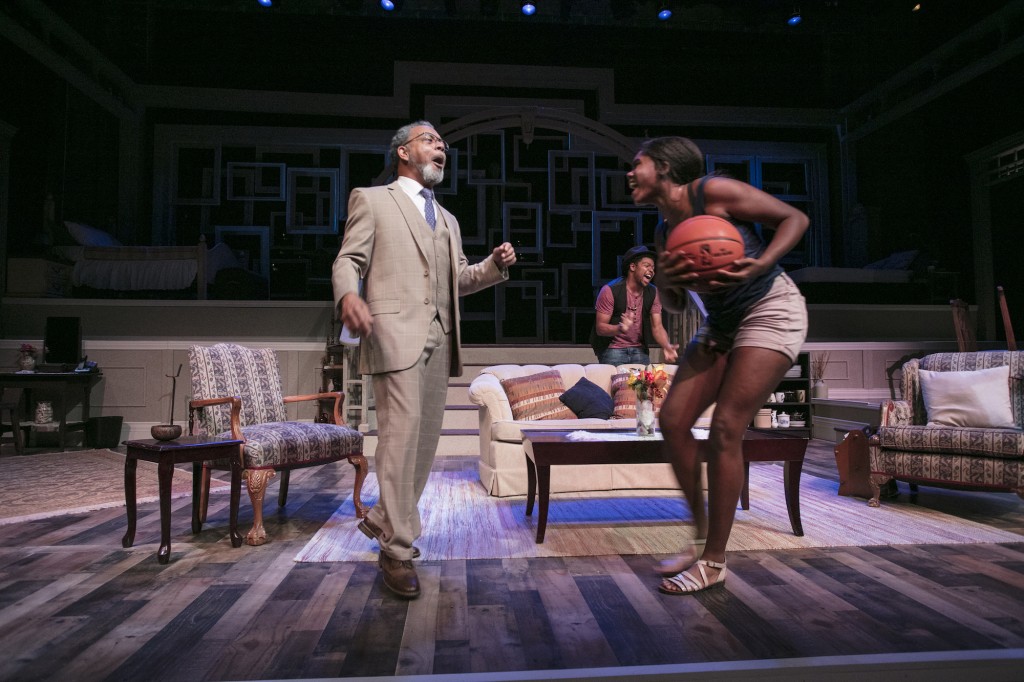 Consider the perennial political divide at holiday dinners, and you can imagine the tension among members of the Curtis family, in Kansas Repertory Theatre’s Chasing Gods. Only here, it’s Scripture, not partisan belief, that’s on the table for debate. When debate is allowed.

The play is a work-in-progress, with a wellspring of promise. The new drama by Atlanta playwright Paris Crayton III (playwright-in-residence this summer at KU) is produced in partnership with New York Rep (newyorkrep.org), where it will be staged in the fall of 2020. It’s currently being workshopped — audience members get surveys as they leave, to submit written feedback “to help shape” the play.

It’s July 2016, in Orlando, Florida, not long after the mass shooting at the gay nightclub Pulse. (We know this more from program notes than from the script, the event not explicitly uttered until Act 2.) The Curtis family’s domineering matriarch, Deidra (Lynn A. King), a pastor, has apparently preached to her congregation that it was God’s judgment that prevailed on the victims. The media are abuzz and phoning the house, where Deidra rules, or tries to, with an unbending uprightness. 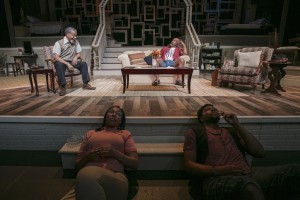 Coppage (left) and Priest Hughes, with Franklin and Davis in foreground. // Photo by Aaron Paden, courtesy of Kansas Repertory Theatre.

For a work still gelling, it holds its audience with fine acting, compelling conversation, bits of humor, but an excess of ideas. The script is awash in thematic streams that oversaturate and blur its focus. (And its seemingly sudden—and, literally, phoned-in—resolution doesn’t add clarity.)

The nightclub shooting is the impetus for the conflicts, inner and outer, that come to the surface in the Curtis household. To chase gods, we’re told, is to seek answers, and it’s these characters’ individual struggles, permeating the story, that intrigue.

As the tightly wound Deidra, King lends her character a rigid stance, perhaps reaching for humanity in the pastor, wife, and mother she portrays.

In contrast, her father, Coppage’s Pops, exudes contentment despite personal loss and health concerns. “When it’s my time to go,” he says with a shrug, “it’s my time to go.” A character with an outsized personality and an abundance of warmth, Pops gets the bulk of the script’s funny lines, and Coppage’s performance captivates.

Elijah, who, in the shooting, lost a friend whom he didn’t know was gay, plays that friend’s last voicemail over and over. Davis conveys both gravitas and sensitivity in a young man searching for meaning and navigating grief. 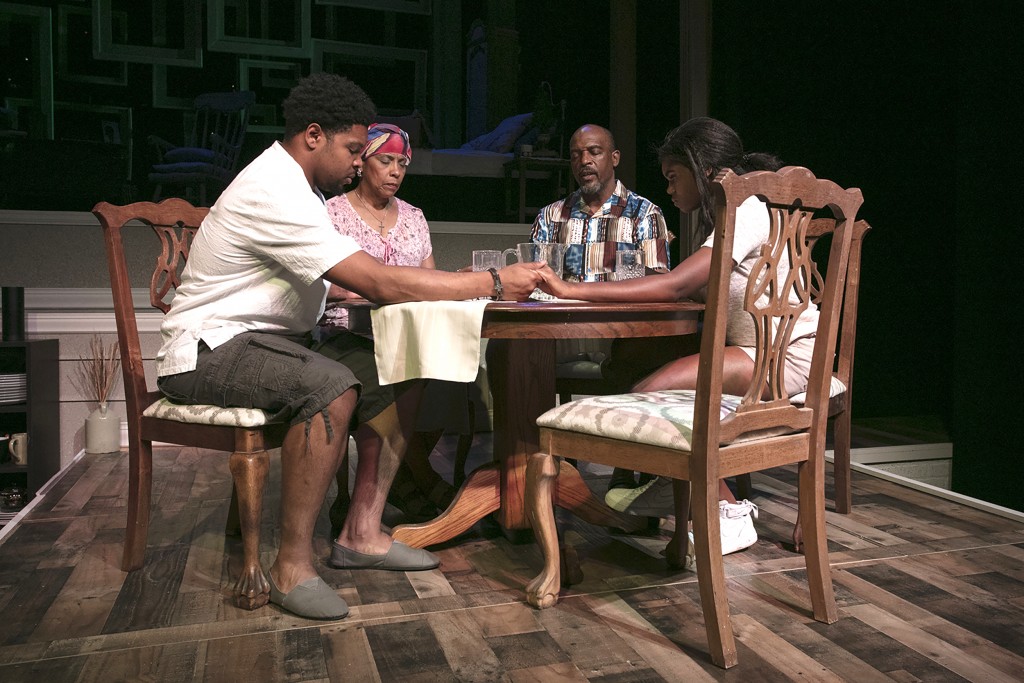 The family at dinner. // Photo by Aaron Paden, courtesy of Kansas Repertory Theatre.

His sister, Olivia, enjoys quoting text from Shakespeare, which Deidra calls “demonic.” The Bible, Olivia responds, “kills way more people.” Smith (a KU Theatre undergrad) brings depth and subtlety of feeling to a teenager at odds with her surroundings, trying to forge her own identity and personal space.

As the parent with an entirely different relationship with his children, and as a husband out of sync and in conflict with his wife, Priest Hughes does excellent work, lending a solid and candidly troubled presence. And as Sandra, Franklin (a KU film and media studies undergrad) imparts a natural and comedic calm.

The tiered set (design by Rana Esfandiary) is a beautifully appointed home, adorned in light wood, with a 3-D backdrop of what looks like wooden picture frames. For scenes at Deidra’s church, an arch frames a makeshift pulpit, and a cross hangs, seemingly suspended in space, behind her.

In the 1980s and ’90s, the Christian right held that AIDS was doing the work of God. Here, it’s gun violence. The production of Chasing Gods at Kansas Rep is a smart and thoughtful attempt to bring some understanding to those holding that point of view. And it makes for worthwhile theater, even with a script still finding its way.