Charlyne Yi talks about her new band Sacred Destinies, at Love Garden on Saturday, and ‘retiring’ from comedy 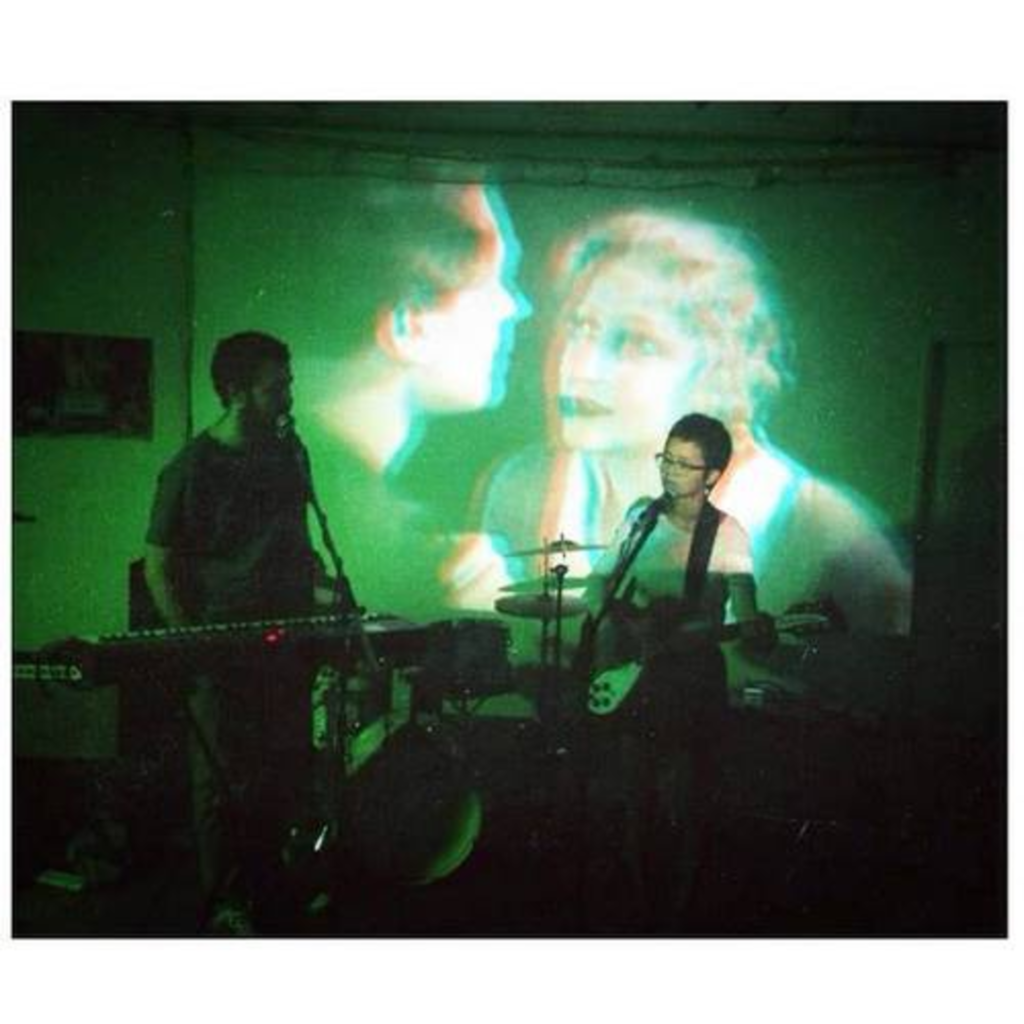 L.A.’s Sacred Destinies has only one song to its name: “Storks and Mosquitos,” posted to a lonely Bandcamp page. It’s a delicate, silvery little folk song featuring a male and female vocalist – two wavering, slightly awkward voices that totally sound like they would fit on the Juno soundtrack. The male voice is Jet Elfman; the female is Charlyne Yi.

Yi is known mostly as Dr. Park on the final season of House, as a colorful addition in a handful of Judd Apatow movies (Knocked Up and This is 40), and for her 2009 debut feature film Paper Heart. She’s a comedian, an actress, an artist, a director, a musician – you get the idea. Wherever you’ve seen Yi, she has usually blurred the line between who she is and the part she’s playing – probably because she doesn’t really separate those things.

Sacred Destinies is on a short tour, and they stop this Saturday at Love Garden Sounds with Lawrence’s own Drakkar Sauna. We dialed up Yi from her home in L.A. to grill her on Hugh Laurie, Fred Armisen and doing it all on her own terms.

The Pitch: I have to say, first, that I totally binge-watched all of House a few weeks ago, and my favorite episodes were the ones where you were there.

Yi: Oh, no. I didn’t act very good in it. Every time we filmed, they [the crew and cast] were laughing really hard because I was so terrible.

I kind of doubt that. Please tell me you and Hugh Laurie were best friends and made fun of strangers at bars.

[Laughs] No, not really. I mean, we all did hang out once, I guess. And once we did all drink on the job… There was vodka. Sixteen-hour days, man. Whoo!

I read this thing about how you are retired from acting and comedy and are only pursuing music now. Is that true?

Well… kind of. I always like to say that I retired, just because it sounds cool. But I always say I quit acting, and then I always go back to it like two years later, and I’m like, “OK, I’ll say two lines on this movie.” And besides, I like starting rumors about myself as well, where half of it’s true and half of it’s not. [Laughs]

Tell me about Sacred Destinies.

It’s pretty new. We tried to start it last year with three beginnings of songs, and we finished the other half last year. Me and my bandmate, Jet [Elfman], we were in two other bands where we yelled a lot, and now we don’t yell at all in our songs and we try to harmonize.

You yelled a lot?

It was like an angry garage-punk band, maybe. I did all the yelling. I was very angry back then and had a lot of holes in my pants. [Laughs] I had a lot of aggression. We were called the Rangdangs.

I wasn’t really sure what to expect when I realized that you were in Sacred Destinies, especially after I saw the “Bandmates” episodes you and Fred Armisen did – and I’ll get to those in a minute. I almost expected this to be a joke band.

Yeah. I feel like this project’s pretty serious. But I also feel like I’ve had some side projects where I want to start a project that’s kind of serious, but under a different name, where I come under a long wig and glasses.

For this project, Jet plays guitar and I play keyboard, for now. I’m trying to learn how to play saxophone and sing at the same time, but I don’t know if that’s gonna happen. We’re also thinking about getting cloaks and getting them out for certain shows.

Tell me about how you and Jet write songs. What does that look like?

I think we’re kind of embarrassed of writing lyrics right now, so one of us kind of mumbles, and the other one pretends we can hear, and we start playing, and then we think, “Oh, that’s weird, that’s dark.” That’s kind of how we write our songs. Sometimes it doesn’t work. Sometimes it’s too weird.

OK, so, now, Fred Armisen. That YouTube series. It’s awesome. I kind of don’t know what to think, but I think I like it.

Yeah, I don’t think we know, either. I hadn’t seen him in two years, when I “retired from comedy,” and I was in New York, we met up at 11 at night and got these strangers to film us. We were improvising for like an hour and a half, and we were surprised that we were able to use any of that stuff, because it was all one-camera and us just improvising.

You guys actually sound really good. Like, Fred Armisen is kind of legit as a musician.

Yeah! I booked him for a show a couple months ago, and he just did cover songs and he sang really well. I think he actually secretly really wants to be a musician. He’s pretty amazing, and we keep saying we want to do more music stuff together.

You do so many different things, between the music and the comedy and the acting – at least, when you’re not retired from one of those things. You’ve really hopscotched around, and it seems odd that you haven’t settled or concentrated on being really famous and rich. Like, I’m really shocked that I didn’t have to go through three publicists to schedule this interview with you.

Yeah… The comedy and acting just kind of happened, I guess. Once, when I was doing more stuff – maybe in 2006, when I first did a movie, ever, people were like, “You should do this TV show and that movie, and you need a publicist,” and I was like, “Eh, I’m OK.” I like doing comedy for free and seeing what’s next. I’ve always been kind of… I like being free and figuring it out. It’s nothing to me. I did two lines in a movie [Judd Apatow’s 2007 film Knocked Up] and then didn’t do anything for years. I do little projects on my own that mean a lot to me. I don’t know how LA works. The only time I get my manager involved is when I’m saying “no” to something, because I don’t want to be mean.

What else are you working on right now?

I’m writing a book right now with a lot of drawings. They’re kind of sad, but absurd, maybe funny stories? Maybe not. Maybe they’ll just make the reader cry a lot and then they’ll have to buy a hundred more, because it’ll be very difficult to get through the pages without ruining them with tears.

How did you end up playing at the Love Garden in Lawrence? That seems like a pointed destination for the small tour you’re on.

Well, you know Drakkar Sauna? I met them, like, eight years ago at a comedy show – it was like a variety show, I was doing comedy and they were playing. And I loved them, and I got their contact info, and now here I am all these years later. I called them up and I was like, “Hey! I want to play music with you and come to Lawrence!” And they were like, “Sure, we’ll get you a show!” And I’m really glad they remembered me, and we get to play together now. It’s going to be fun.