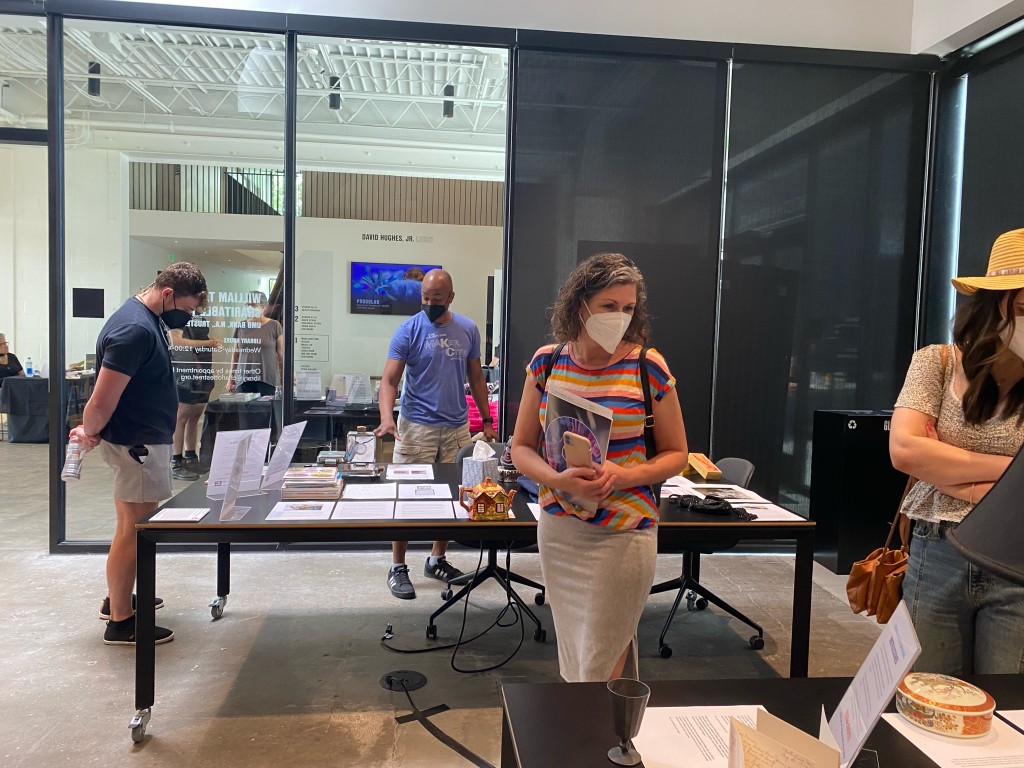 The Charlotte Street Foundation has been located in its headquarters at 3333 Wyoming Street for a year now. While Charlotte Street is known for its considerable calendar of events, the staff’s original plans for a block party at the new building were pushed back due to the COVID-19 pandemic.

On July 17, 2022, these plans were finally realized in a celebration of 25 years of supporting local artists.

“It was a gift to me to be invited and able to bring this project to Kansas City,” Herman says. “I life elsewhere, but Kansas City definitely feels like home.”

Herman’s goal is to help others release emotional attachment to objects. Donors write a description of the object and its personal importance. Bidders write an explanation of why they would like the object and how they would value it. Then the original owner reads the bids and decides who will receive the item based on the writing.

Executive Artistic Director Amy Kligman described the auction as the “anchoring event” for the block party.

“It’s very moving to read these descriptions, the moments that people have in their lives that make them hold onto these objects for so long,” Kligman says.

“Many of us hold onto still useful things that we hope we may use again—while concurrently probably knowing that we likely won’t—or that were given to us by or otherwise relate to someone we feel a connection to,” Herman says.

She believes that holding onto items with this type of history can create a “holding pattern” and that it sometimes becomes necessary to release that attachment. 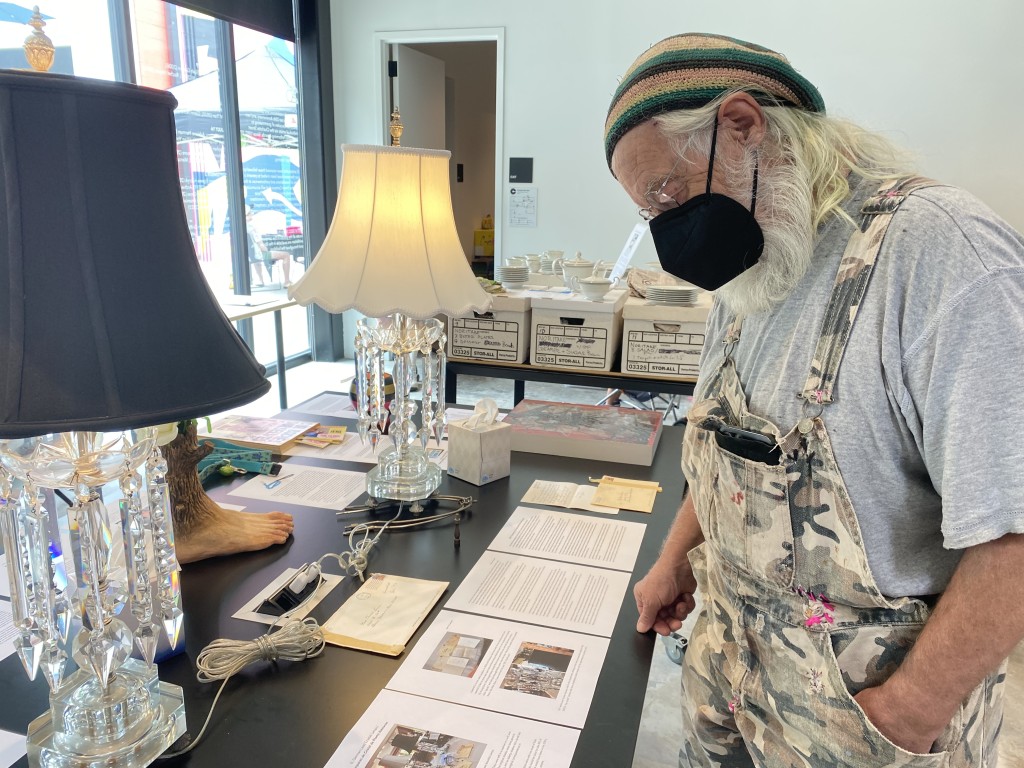 The African American Artists Collective, which was awarded the Charlotte Street Foundation’s 2019-2020 StartUp Residency, hosted a poetry writing activity in the lobby. Participants chose a series of words to create a poem or a fraction of a poem, then pasted it onto a provided poster board. 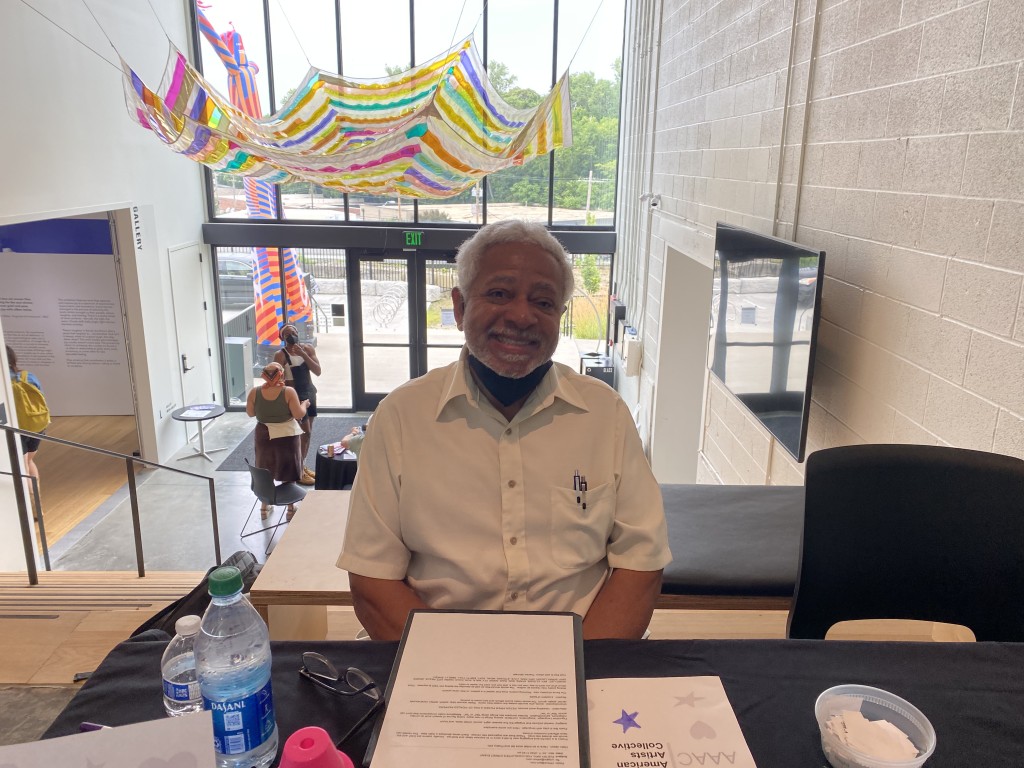 Scraps KC and the Kansas City Society of Contemporary Photography contributed with children’s activities and a photo booth.

Some attendees even came from different cities. The MdW Fair is made up of seven partners from across the Midwest, including the Charlotte Street Foundation. The artist-run fair is based in Chicago, but one component of it is open-sourced field trips called “drifts.”

Charlotte Street’s block party was a vibrant community event a year in the making, but it also was Kansas City’s edition of a drift, which brought visiting artists and supporters from other cities. 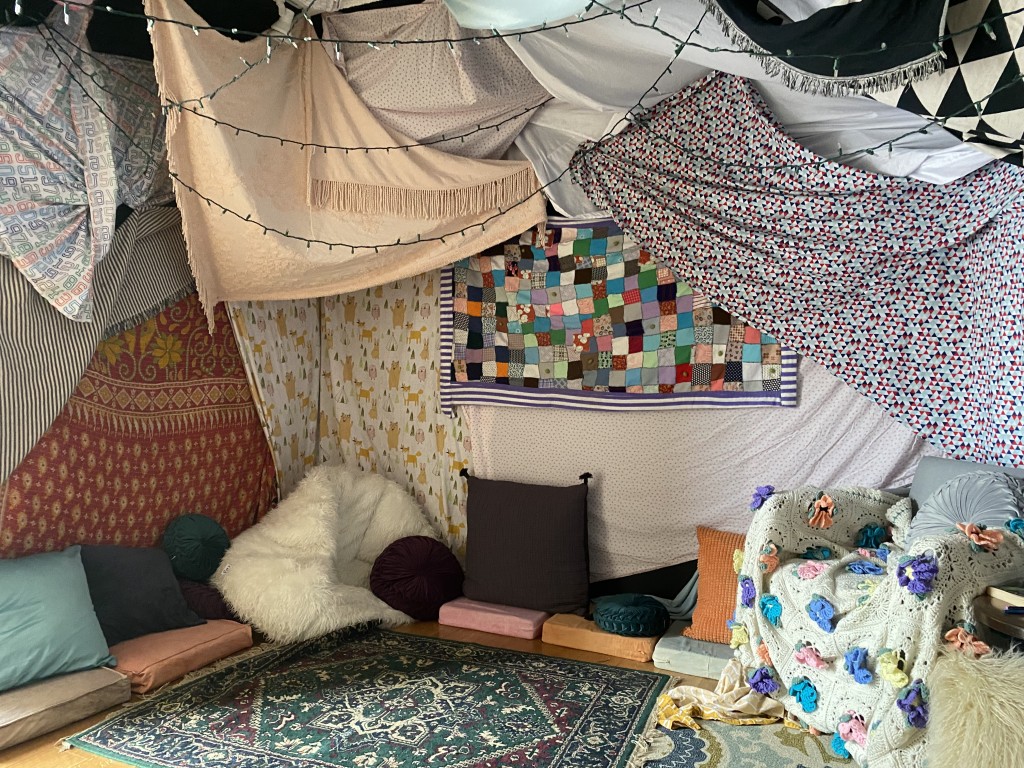 Attendees escape the heat of the outdoors with a cozy space to relax in the air conditioning. // Photo by Ana Textor