Chancellor Mark James will stay on at Metropolitan Community College, at least for now 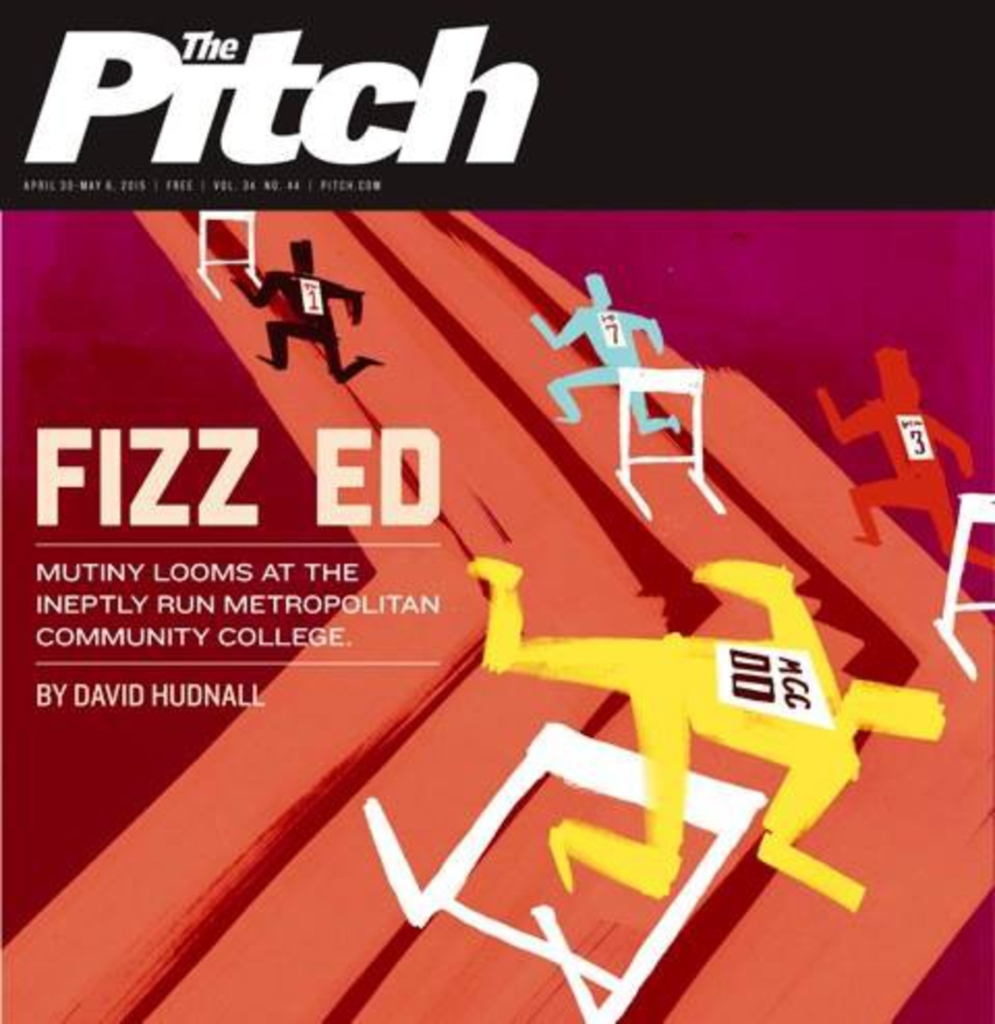 As The Pitch first reported in April, Mark James, the embattled chancellor of Metropolitan Community College, was one of the finalists in Park University’s search for a new president. Two weeks ago, according to multiple sources, James indicated to the MCC board of directors that he had been offered the job. The official announcement was to be made the last week of May. Around that time, The Pitch published a follow-up story pointing out that MCC’s practical nursing program, on its Penn Valley campus, had been stripped of its ACEN accreditation and was only conditionally accredited by the State of Missouri Board of Nursing.

Then last week came and went with no announcement. And now it looks as though James will not be heading off to Park after all. Reached yesterday by e-mail, a representative from the university told The Pitch: “Mark James has officially withdrawn his candidacy from the Park University Presidential Search. The University, which is celebrating its 140th anniversary this year, will continue the search for its 17th President.”

James also sent an internal e-mail to MCC officers on Monday confirming that he will stay on at MCC for the time being. The full e-mail is pasted below. (The subject line is “Notifying you of my decision – Cause for celebration or mourning?”)

I wanted to let you know that while being away a few days preparing for my son’s wedding, I had opportunity to talk more with a couple of the Park trustees, the current interim president, and had some time to clear my head while doing manual labor and running mini-marathons!

I wanted to tell you that I just sent the Park selection committee my official withdrawal from their selection process. We had a contract negotiated but not signed.

With all the challenges that remain at MCC aggravated by the controversy created by the slanderous attack in the Pitch, I do not believe the time is right for me to leave. We need to replace the BTC president, go find a new permanent Chief Academic Officer, and get through the November HLC visit for starters. We have a campaign to continue raising funds and we will need to start negotiations with the new union (or someone they designate) later this fall for the next contract.

Shelley is getting the finances and budget increasingly squared away, Mike is making up for years of lost ground towards the HLC visit, and we’ve got a new VC of Student Services and Enrollment Management hired who will report August 3rd. Rumor has it we will lose a few more key folks as they pursue advancement and opportunities elsewhere – it’s part of life right now throughout higher-ed.

I always felt bad about the timing of the Park opportunity because of all the above items (plus more) and with the Pitch cloud hanging out there, I do not want to start a new position anywhere where someone may have doubt because of it. The longer this uncertainty hung out there, it became a harmful distraction for me, all of you, MCC, and our supporters, so it was time for me to make what I believe is the right decision.

So, you may feel otherwise, but you are stuck with me for a while longer. I’m wrapping up wedding aftermath today so beware, for tomorrow – “I’M BACK!”

thank you for your continued support and guidance,

In a separate e-mail to all staff and faculty at MCC, James elaborated on the Park situation and his reasons for withdrawing from the selection process.

You may be aware of my status as the finalist for the position of president at Park University. I am no longer pursuing this position, and I have notified the Park University hiring committee of my official withdrawal from their selection process.

To provide you some background, I want you to know that I did not apply for this position when it was first posted. I was approached and encouraged by a few individuals to consider the opportunity and I initially declined. But as I was continually encouraged to apply, I reconsidered the chance to transition from one of the region’s oldest and most respected two-year colleges to one of the area’s prestigious four-year liberal arts colleges, both having served our community for more than 100 years. This type of opportunity does not present itself very often, and eventually I decided to explore the possibility and applied for the position. As the process continued, I became the sole finalist in the selection process but ultimately the timing didn’t feel right to leave MCC. So I have withdrawn my candidacy.

The Pitch‘s original story on MCC’s woes can be found here.