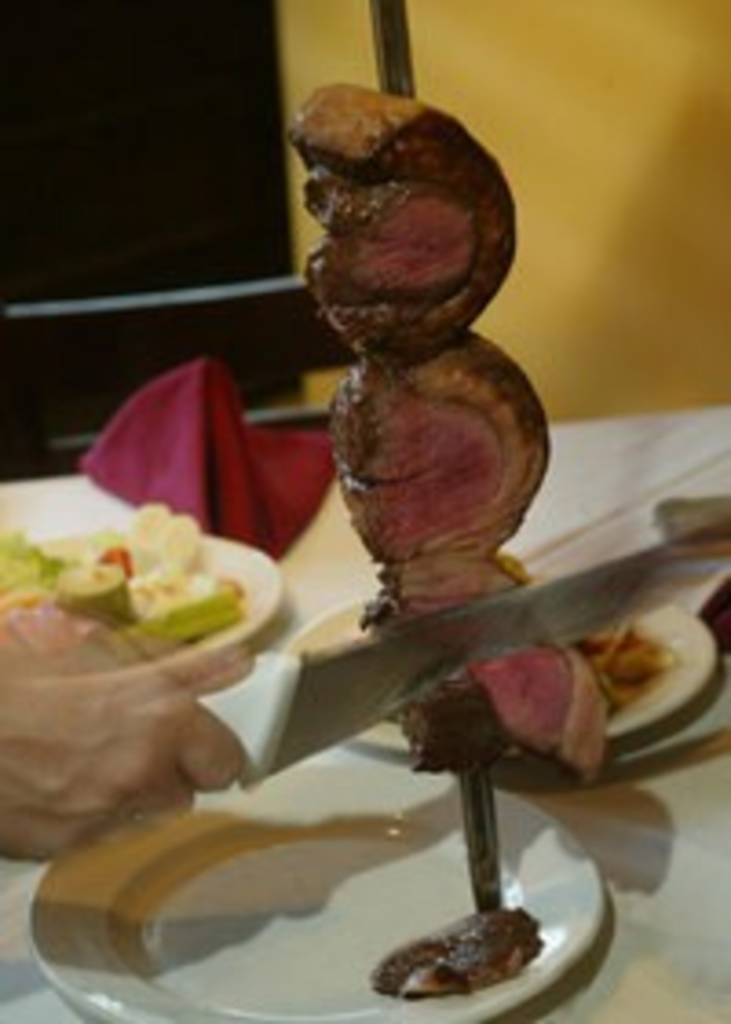 While new Plaza Brazilian steakhouse Fogo De Chao has been getting all the press of late, Em Chamas Brazilian Grill is the original Brazilian steakhouse in the area. Tonight it’s sharpening its knives and starching its gauchos in honor of a courtyard celebration of Carnival. The theme this year is “Rio de Janeiro at The Copacabana Hotel Night Club in 1930.”

A reception with Brazilian consul Otavio Silva begins at 6:30 p.m. and the buffet dinner starts at 7:15. Included in the buffet are Brazilian pork sausage and the black bean and pork dish feijoada.

In addition to live samba music for dancing, past years have included introductions to various aspects of Brazilian culture. At the very least, you’ll learn some Brazilian history and Portuguese words.

Tickets cost $50 per person and include three drinks. Specialty cocktails include the caipirinha and yes, it’s made with authentic cachaca. Em Chamas has several Brazilian beers on the menu including Xingu.

To party like they do in the south, go north. And don’t forget to wear a costume that you think Mr. Silva would like. (He’s the judge for best mask.)

To make reservations call 816-651-3466 or visit the sponsoring American Institute of Wine and Food’s Web site.