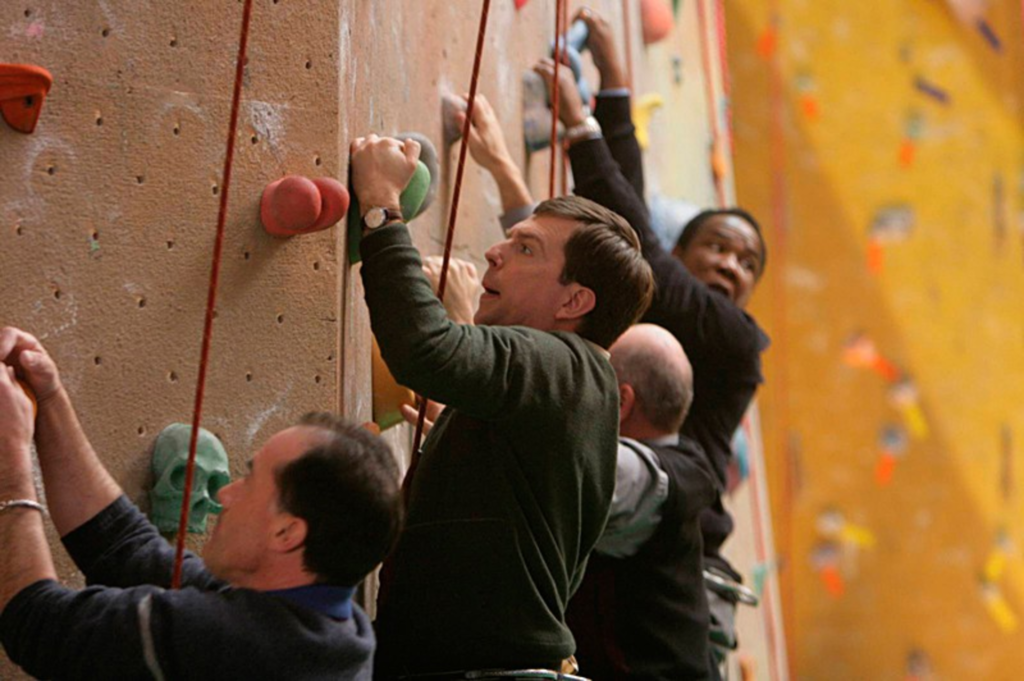 Miguel Arteta’s amiable Cedar Rapids is a mild comedy of embarrassment, set in the dark heart of Middle America and starring Ed Helms as Tim Lippe, a prematurely middle-aged man-child.

Taking an airplane for the first time in his life, the country mouse goes to town. As the most idealistic insurance salesman in Brown River, Wisconsin, Lippe is dispatched by his dyspeptic boss to rep the company at an annual convention in Iowa’s second city, Cedar Rapids.

Not quite the 40-year-old virgin that his TV colleague Steve Carell played in 2005, Helms is naïve enough to mistake the solicitation of the cornfed hooker lurking outside Cedar Rapids’ convention hotel for simple friendliness, and he’s sufficiently lacking in savoir-faire to be startled speechless upon discovering that he’s bunking with a black man who appears to be even more square than he. Far worse from the standpoint of Lippe’s moral code, the third roomie turns out to be the playboy of the Midwestern world: Dean “Deanzie” Ziegler (John C. Reilly).

Deanzie congratulates Lippe when the Brown River innocent realizes that not everything in Cedar Rapids is as kosher as it might seem. The insurance man’s education makes for some lively farce before the obligatory cringe-inducing, Capra-worthy closer.