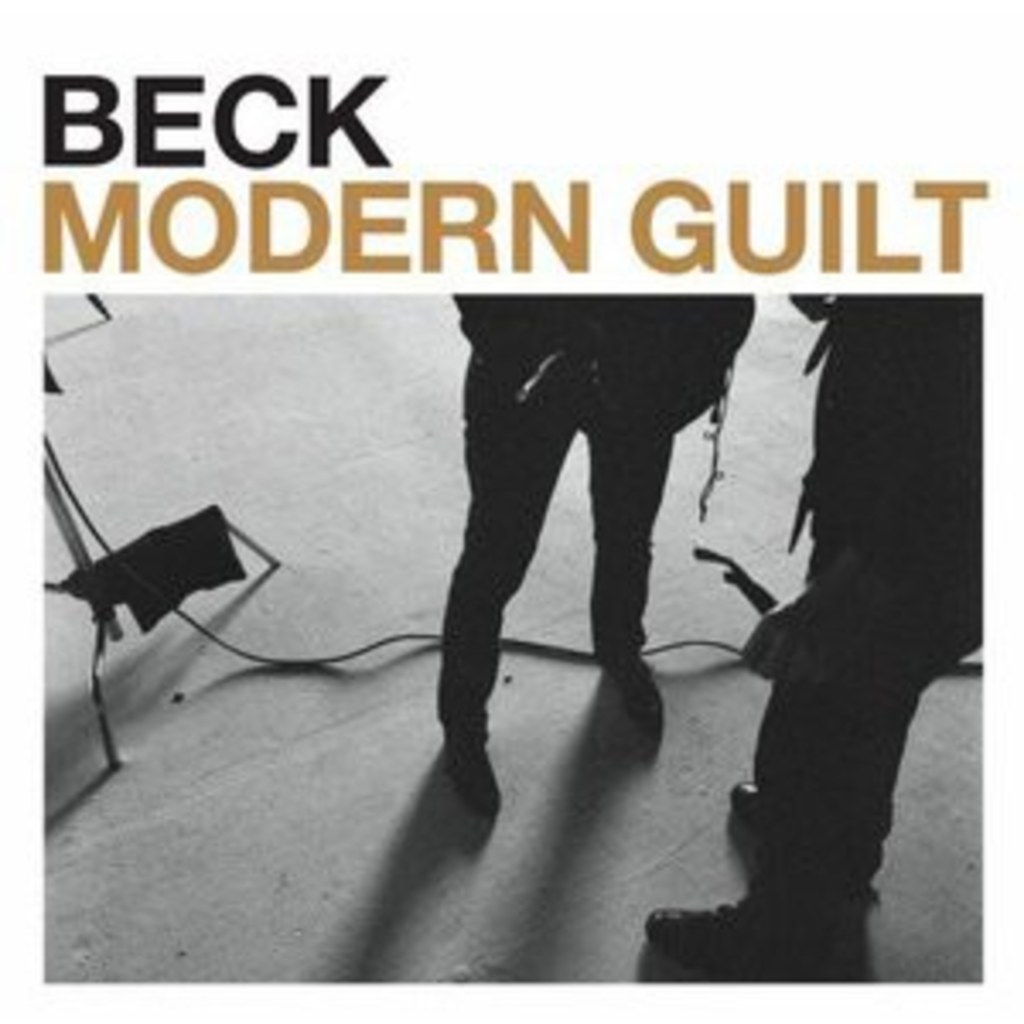 Guilt certainly is one kind of motivator. That may explain much of why Beck‘s 12th album is how it is, and not just in the choice of title. Modern Guilt finds the once-nimble, weirdo wordsmith dropping the rap style that has figured prominently on most of his albums — save Sea Change, Mutations and some of the early stuff — in favor of ethereal, largely unintelligible crooning about being lost, hurricanes (not the kind that rock under rugs), melting icecaps, drowning, and lots of abstractions. This is no Sea Change , mind you — here, Beck seems sad and confused, a lost guru, trying to see the sunrise through thick smog, willing to look away and strike a brief Elvis pose only if you really yank at his robe, and only for a second.